The government doesn’t control everything

In the past 20 years, companies from China have grown faster than those from almost any other country. Chinese firms are now among the top players worldwide. The western public, however, is hardly aware of them. Doris Fischer, professor at Würzburg University, who specialises in the economy of the People’s Republic, explains matters and assesses the Communist regime’s policy in an interview with Hans Dembowski and Sabine Balk.

last contributed to D+C/E+Z in summer 2019 as professor for “China business and commerce” at the Würzburg University. 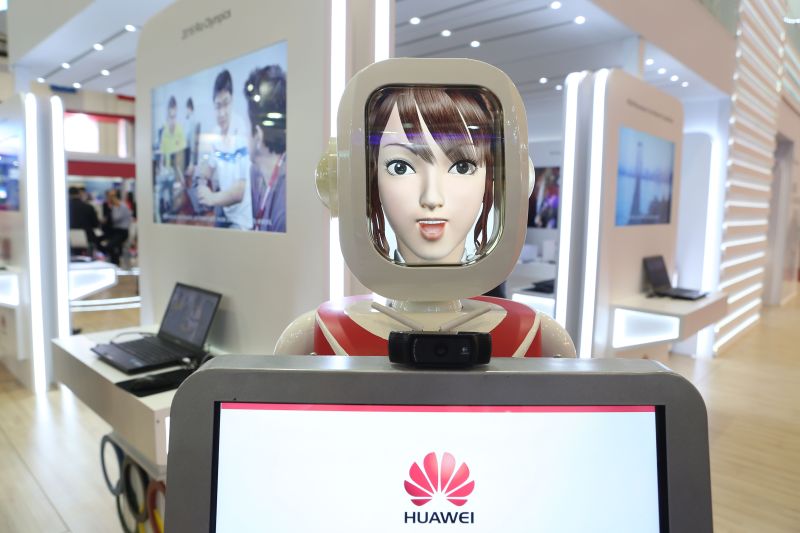 Which Chinese companies are considered multinational?
Companies are considered multinational if they are active in multiple countries and do not feel allegiance to any single nation in particular. According to this definition, there are only very few multinational companies worldwide, and that is true of China too. This definition probably does not even apply to a company like Alibaba (see box for brief profiles of Chinese companies). The way China supports companies, moreover, helps to keep them aware of their home country. If, however, we define “multinational” in the sense of companies running operations in multiple countries, then there are some Chinese multinationals, Huawei and Alibaba for instance. Some scholars consider the 500 largest companies in the world to be multinational, but that is not fully adequate, because that list also includes Chinese companies, for example the big banks, that are mainly active inside China. They are huge simply because their home market is huge.

How can it be that China is considered a world-champion exporter, but we are familiar with so few Chinese brands?
Well, in the past, this was the case for Japan and Taiwan as well. Both countries initially decided to invest in cheap export-driven industries, rather than in brands of their own. In the meantime, Asian and other corporations have invested in China because of low production costs, and their exports now contribute to China’s export statistics. Over 50 % of Chinese exports can be traced back to companies with foreign investors. One example is the Taiwanese company Foxconn. Foxconn manufactures digital components and devices for globally known mobile-phone and tablet-computer brands in China, but it does not make end consumers aware of its own name. Chinese companies have adopted that strategy too. However, others have established their own brands, including Haier, Huawei or Chery.

How do Chinese companies choose to expand?
There are different approaches. Markets with physical or linguistic proximity to China are considered interesting, as are those where the business environment is attractive, for instance Southeast Asia or Africa. Companies are investing primarily in sales, but also in production facilities. Chinese managers like less-regulated markets because they understand them better and know how to operate there. But some companies are also eager to become engaged in industrialised nations; they feel attracted by issues such as rule of law or advanced technology.

What industries do Chinese multinationals operate in?
That is rather difficult to say. Seventy percent of Chinese investments go to so-called tax havens like Hong Kong or the Virgin Islands. We don’t know what is done with those funds next. Do they flow back to China? Are they invested in traditional sectors or other industries? There is little reliable data. If we consider statistics on mergers and acquisitions, we see that China has become a very powerful player in industries like the natural-resource extraction and telecommunications. Nevertheless, other sectors are now growing faster than commodity companies. At the moment, China’s steel industry has enormous excess capacities because the domestic market has become saturated therefore some steel industry companies try to expand internationally.

What is China’s relationship like with Hong Kong and Taiwan?
Formally, Hong Kong is now a special administrative region of China that has been granted 50 years of autonomy. Hong Kong has close economic ties with China, but its legal system is completely independent. This special status is used very cleverly. Taiwan is not an independent state in the eyes of the People’s Republic, but many Taiwanese think it is. Economically, however, the two countries are very closely linked. Taiwanese firms started with investments in China’s special economic zones, which were established in the 1980s on the mainland, right across from Taiwan and Hong Kong, and later expanded. Today, however, Taiwanese companies are starting to withdraw from classic low-wage industries, having realised early on that their business model is no longer as effective as it once was because labour costs are rising in mainland China.

How did China’s opening up affect Taiwan and Hong Kong?
Prior to China’s opening up, both Hong Kong and Taiwan were themselves engaged in cheap mass production for the world market. In the 1960s, many mass-produced goods came from Taiwan. But this business model soon reached limits – for the simple reasons that Taiwan is small and wages kept rising. Moreover, higher skilled workers no longer wanted to carry out simple tasks. Many companies took advantage of China opening up and were thus able to maintain their business models. They outsourced labour-intensive production to mainland China, and kept doing more profitable and expertise-based things such as design and marketing in Hong Kong and Taiwan.

What impact does that have on China today?
The Chinese no longer want their country to only do the labour-intensive parts of the value chain because that is not very profitable. Companies get the highest profits from research and development, product design, trademarks et cetera. The regime wants Chinese companies to take on other segments of the value chain – and they are increasingly doing that. These are companies that have become major exporters and are expanding abroad. Successful Chinese manufacturers are already producing goods in countries like Vietnam, Cambodia or Bangladesh, where wages are lower.

How do Chinese companies perform in regard to social and environmental standards?
It’s impossible to make a statement that would apply to all of China. China has the dimension of a continent and is investing all over the world. The government is continuously tightening environmental standards for large companies. It is also strengthening social standards, but they are more difficult to implement. Studies show that companies from countries with high environmental and social standards also maintain higher standards in the production facilities they use in China. The trade unions in these companies’ home countries do their best to make sure that managers do not pursue social dumping strategies abroad. And if consumers are used to certain standards in their home countries, brand manufacturers must fulfil certain requirements in China as well unless they want to jeopardise their brand’s image. In China, however, there are no strong trade unions that would insist on social standards being met abroad. As for environmental protection, many sensible laws have been passed, but implementation tends to be difficult. Chinese companies are not that used to meeting environmental standards. Still, China’s central government wants to avoid environmental scandals that might damage the country’s image. But to enforce laws in such a huge country, it depends on regional authorities. The central government has more leverage with large companies than with the multitude of small companies, which is quite hard to control.

What is the goal of China’s foreign-trade policy?
Until the end of the 20th century, the idea was basically to attract foreign investors. But that did not mean that Chinese companies were encouraged to invest abroad. When China joined the World Trade Organization (WTO) in 2001, the foreign-trade policy changed. China is now pursuing a strategy called “going out” or “going global”. The restrictions on Chinese companies investing abroad have been relaxed step by step. For instance, Chinese companies can now buy foreign currencies. The going-global policy is still young however. For a long time, a relevant way for the authorities to promote corporate foreign activities was simply to no longer block such activities. However, conventional instruments to promote foreign activities are increasingly being used, including support from chambers of commerce or subsidised loans from development banks. Government agencies, moreover offer advice, information and loans. All in all, the system is not that different from Germany’s.

Does China have anything like Japan’s Ministry of International Trade and Industry, which for decades implemented strategies and coordinated businesses in order to make Japanese industries internationally competitive sector by sector?
No, China doesn’t have such a focused policy, and it would be difficult to implement given China’s enormous size. But that doesn’t mean that the state doesn’t play a role. It is actually very important.  Private-sector companies cannot grow large unless they have a close relationship with local governments, and once they reach a certain size, they also have to deal with the central government. Whether they receive government support is a different story. Although companies like Alibaba, Wanda or Tencent are private, they never would have been able to become as large as they are today if they weren’t on good terms with the party and the state. Once a corporation starts operating internationally, however, things change once more.

Because they no longer get government support?
No, that is not the point. Beijing is actually quite eager to support companies’ foreign activities. For instance, embassy staff will represent the interests of private-sector companies vis-à-vis government agencies. The regime wants Chinese corporations to succeed abroad, and it is prepared to do its part, regardless of whether the companies are private or state-owned. However, unlike state-owned enterprises, private companies are liable for their actions. Alibaba went public in New York rather than in China, which the Chinese government would certainly have preferred. The decision-making processes within private companies often have other results than the government would like.

What factors drive corporate decisions?
Business interests are more important to private companies than state-owned ones. Private companies want to make a profit, expand their activities and sometimes simply safeguard capital abroad. Often they are motivated by the desire to escape state control. Some companies don’t care what Beijing wants, and that attitude doesn’t necessarily reflect how many shares the state has in that company. In the case of big companies, for instance in the oil industry, some managerial positions are staffed with party functionaries, but that doesn’t mean that these companies always do what the central government wants. They are internationally active, need to make profits and are listed on a stock market after all. Moreover, not all party members march in lockstep – and some functionaries are happy to move assets to safe havens abroad.

Doris Fischer holds a chair in China, Business and Economics at the University of Würzburg.
doris.fischer@uni-wuerzburg.de