Around the globe, people are losing their livelihoods because of land grabbing. Indigenous peoples are affected in particular. Oxfam demands more transparency concerning land ownership. 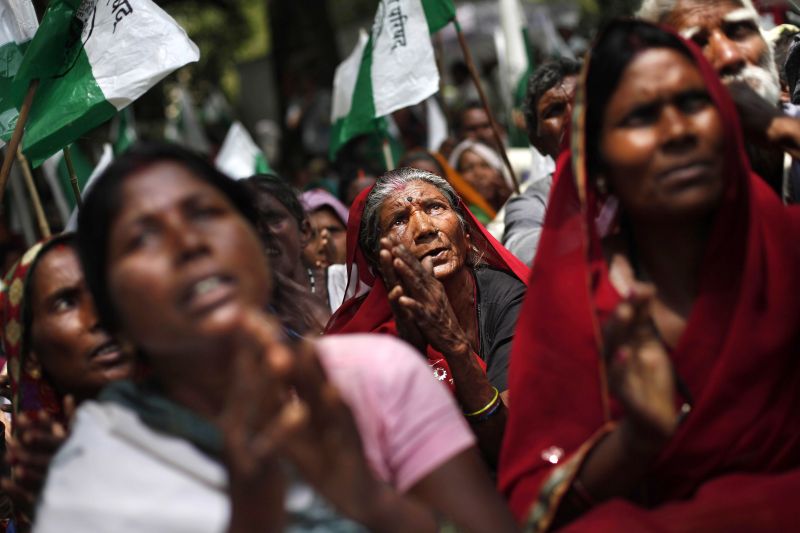 Investors have demand for millions of hectares around the world because they want to produce palm oil or fuels. They tend to neglect the rights and interests of the people who live on the land they want. Millions of people are losing their livelihoods. Smallholder farmers, herders and fishers are affected. Indigenous communities suffer in particular – not only in developing countries, but also in Australia, New Zealand or the USA.

Land grabs particularly hurt those people who depend on land most desperately and are actually good guardians of the soil, argue the authors of a recent Oxfam report, which is called “Custodians of the land, defenders of our future”. The document discusses environmental destruction due to the cutting of trees, the killing of wildlife and the depletion of fisheries.

All too often, land ownership of indigenous and local communities is not formally registered. Investors take advantage of this omission by declaring the land to be unused. The Oxfam authors write that many indigenous people are not familiar with the institutions that regulate capitalist markets.

The growth of industries – including agriculture – and infrastructure worsens the poverty of indigenous people, according to the International Work Group of Indigenous Affairs (IWGA). Governments are accused of attracting industries without paying attention to the rights of local communities and even changing laws in ways that serve corporate interests.

Tourism is a problem too, Oxfam argues, and negotiations between governments and tourism operators tend to be non-transparent. In many cases, more tourism means more land grabs. After Sri Lanka’s civil war, for example, the country’s armed forces set up electric fences in a place called Panama in 2010 in order to keep villagers away from their traditional lands. Today, the people no longer have fields to cultivate, because hotels and conference facilities have been built there.

Land grabs mean that the traditional owners are deprived of livelihoods and natural resources. Moreover, the cultural identity and the self-esteem of rural communities depend on land. In some cases, according to Oxfam, land grabbing therefore equals ethnocide. Scholars’ studies concerning Inuit in Alaska and Aborigines in Australia support this view. Indigenous people are put at disadvantage in other ways too, moreover. For example, many employers do not hire them.

Civil-society organisations are fighting such marginalisation. Miriam Miranda leads the Fraternal Organization of Black People of Honduras (OFRANEH), protecting the land rights of African-Hondurans and resisting discrimination. The activist says that women in particular are fighting for their lands in Latin America, Africa and Asia. The Oxfam report shows that many, who do so, risk their lives. In the past 60 years, more than 100 activists are said to have been killed in Honduras alone.

In 2015, OFRANEH won the US Food Sovereignty Prize, and Miranda was invited to speak at the World Bank Group. She spoke out against the Bank supporting the palm oil lobby. In her eyes, land grabs are a global issue and driven by greed. Governments bear responsibility, she says.

According to Oxfam, the issue of land tenure has recently been getting more public attention. A report by the Land Matrix Initiative (see box) is an example. This initiative is casting light on land deals internationally by publishing extensive data.

There has been other good news, the Oxfam report adds. In 2012, the UN passed the Voluntary Guidelines on the Responsible Governance of Tenure, the first global guidelines on the matter. Implementation remains a challenge, according to Oxfam, but the governments of countries like Germany, France, Vietnam and the USA are keen on seeing the guidelines applied.

Moreover, civil-society organisations are increasingly putting pressure on the World Bank and other financial institutions. The Oxfam team states that some private-sector companies now understand that land grabs hurt their public image, so they have begun to operate in a more transparent manner. According to the report, an Oxfam campaign called “Behind the brands” contributed to corporations like Coca Cola or Nestlé improving their performance.

Oxfam, 2016: Custodians of the land, defenders of our future.
https://www.oxfam.de/system/files/eng_land_rights_web.pdf