Argentina and the vultures

Sovereign defaults are nothing new; they have been occurring for centuries. Argentina’s current troubles prove that the world needs rules and proceedings to deal with state bankruptcy in a legally unambiguous manner.

last contributed to D+C/E+Z in summer 2018 as coordinator of erlassjahr.de, a German faith-based campaign that focuses on debt issues. 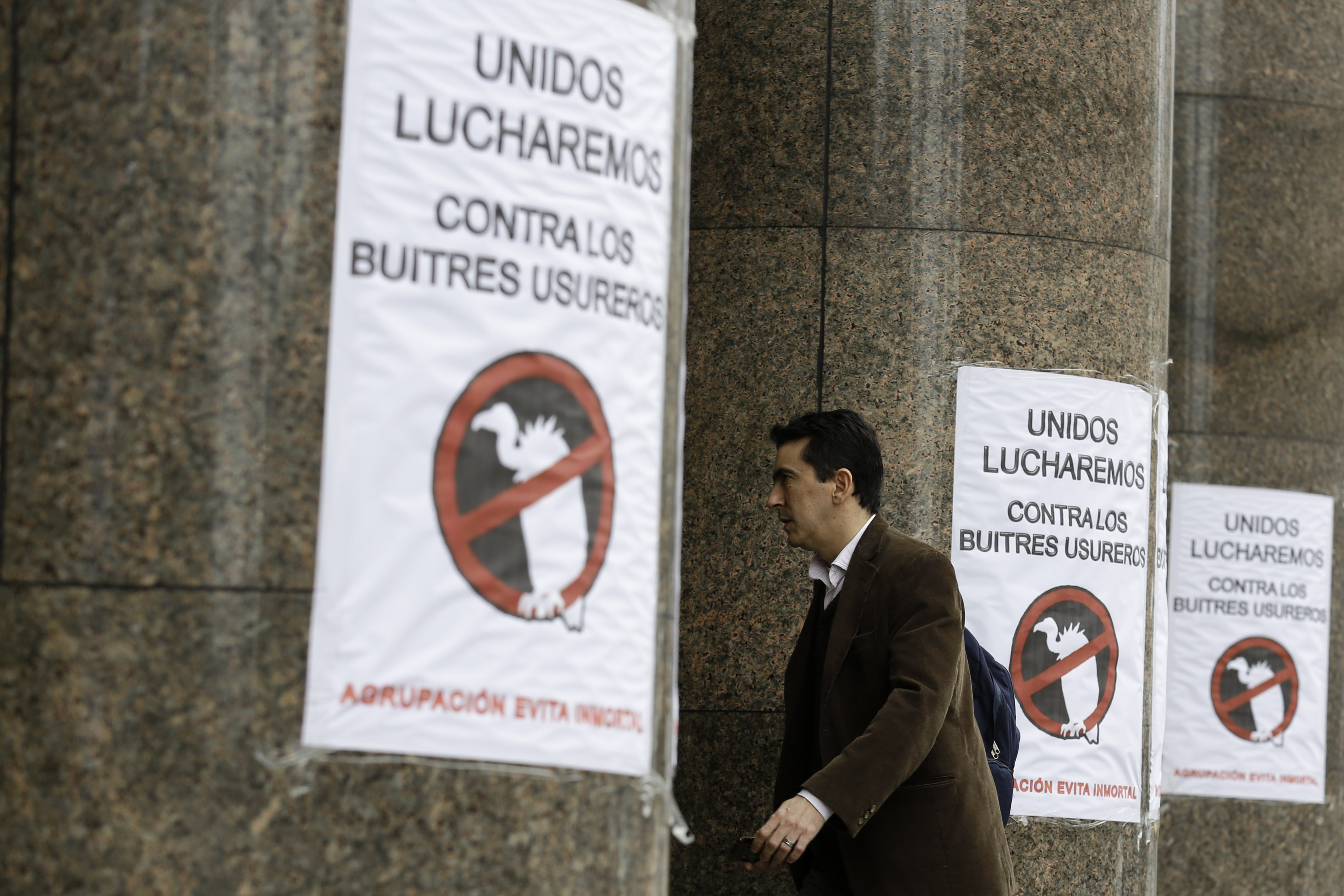 Argentina’s major financial crisis broke out at the beginning of 2002. The government was forced to unpeg its currency from the dollar. The peg had invited massive capital imports via loans, and the International Monetary Fund (IMF) had endorsed that policy. In early 2002, however, even the IMF was no longer willing to support the peg in view of mounting debts. The exchange-rate of the peso collapsed, and banks had to be shut down. Argentina’s government bonds suddenly seemed worthless as the state itself went into default.

In 2005 and 2010, Nestor Kirchner, Argentina’s president who came into office after the default, proposed a debt restructuring, according to which bond holders would forgo about 70 % of their claims. More than 93 % of the investors agreed to the deal. Kirchner and his wife Cristina Fernández de Kirchner, who succeeded him in office, said again and again that the hold-outs, who had not agreed, would not see a single peso above the money Argentina was paying to service the restructured debt. If the government deviates from this promise before 2015, Argentina must pay all bond holders the full amount of the original debt, according to a clause in the restructuring agreement.

In the fall of 2012, NML Capital, a hedge fund, sued Argentina in New York, insisting that the government pays the entire nominal worth of debt that NML had bought at an 80 % discount from other investors. The court ruled that Argentina must do so. It also ruled that Argentina cannot service its restructured debt unless NML gets its money too.

The government of Argentina appealed to the US Supreme Court, which, however, decided in June it will not consider the case. Accordingly, the New York judgment came into force. One consequence is that the bank that handles Argentina’s business in the USA is no longer allowed to transfer money to service restructured debt. In legal terms, it makes no difference that the White House, the French government and civil-society organisations such as the Jubilee campaign expressed themselves in favour of Argentina in this matter. In the meantime, other bond holders and vulture funds are considering law suits against Argentina.

In July, Argentina’s government had the choice to either withdraw from the US capital market by handling all financial affairs domestically or to find some kind of agreement with NML. Neither has happened, however. As a consequence, Argentina missed a deadline to service restructured debt and is therefore technically in default according to US law. That will have serious implications on financial markets. Argentina is facing another economic crisis.

This law suit has systemic implications beyond Argentina since vulture funds are also buying old bonds of other indebted countries on secondary markets with an eye to going to court. According to the World Bank, 18 cases have been filed against 10 nations that have benefitted from multilaterally agreed debt relief. These countries will suffer new economic crises should judges rule in favour of ruthless investors.

Investors whose strategy is to benefit from economic calamities deserve to be called “vultures”. Ultimately, however, they are not the ones who are responsible for the mess. Their business model is based on a legal loophole the international community has failed to close for decades. Every advanced market economy has some kind of bankruptcy system that ensures that all creditors are treated fairly and according to the law in the case of a debtor’s default. No one can make claims once the bankruptcy proceedings are closed.

Such a system is needed for sovereign default too. In the lack of it, the governments concerned must deal with different interest groups in various forums of dubious legal standing. In this kind of setting, every creditor hopes to benefit from concessions other creditors make.

International debate on sovereign default started in the 1980s Powerful players such as the G7 nations, including Germany, and the IMF can – and must – ensure a comprehensive and legally appropriate system is put in place.

Jürgen Kaiser coordinates Erlassjahr.de, a German civil-society alliance which calls for debt relief for the sake of development. j.kaiser@erlassjahr.de

Democratic shift to the right