China’s President Xi Jinping is at the centre of a new personality cult. The regime’s promises to grant more space to civil society and facilitate more participation in public matters look empty.

last contributed to D+C/E+Z in spring of 2020. She has been working for the environmental and human-rights organisation urgewald with a focus on China since 2019. She previously directed the China programme of the non-governmental foundation Asienhaus. 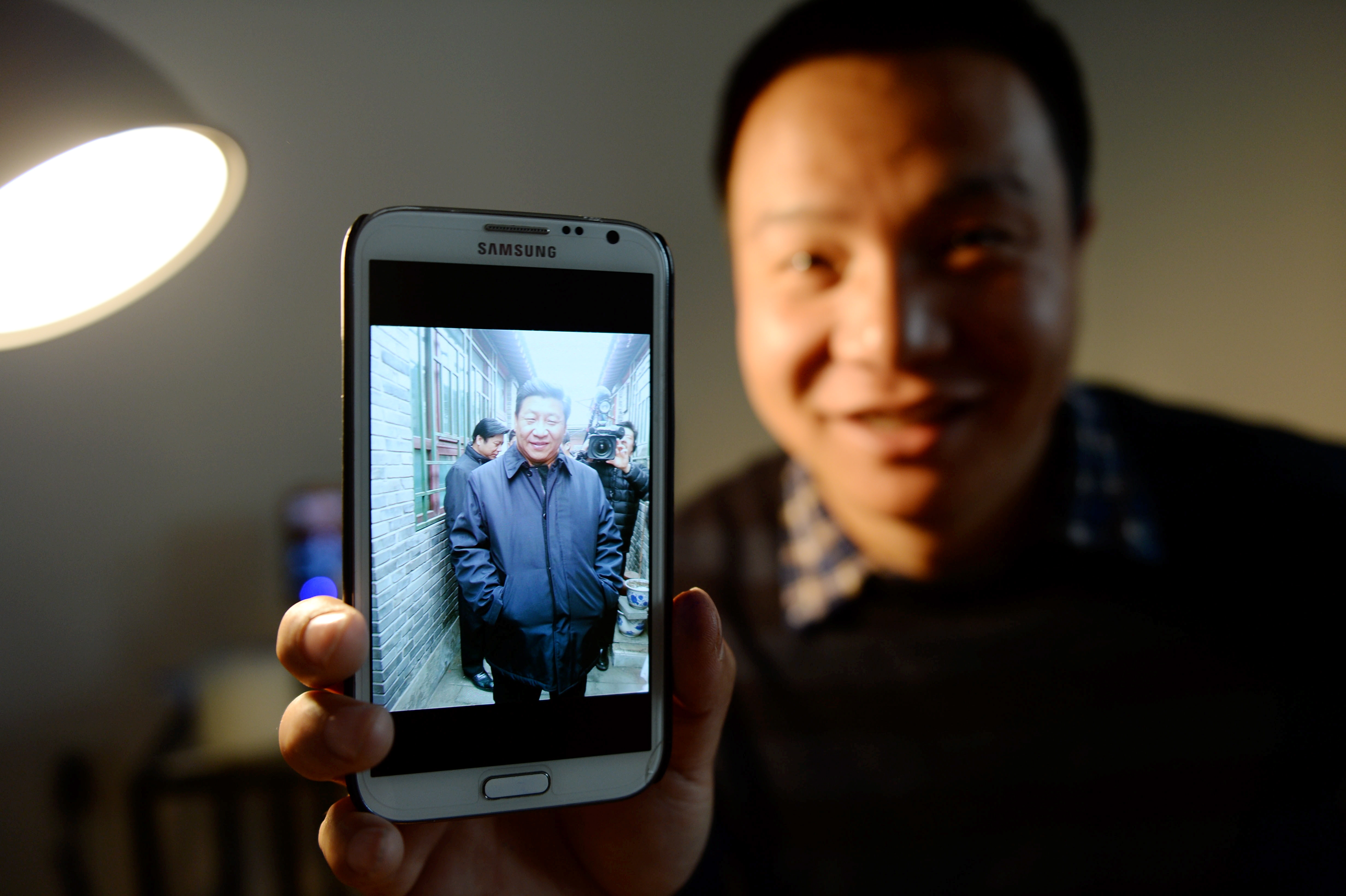 picture-alliance/dpa Sometimes, the head of state shows up in daily life, and his people take snapshots.

Two years ago, only insiders knew who Xi Jinping was. Today he looks set to become the omnipotent dictator. This is the image Chinese officialdom is cultivating with dexterity, and it shows how fleeting political memory often is. Before Xi took power, observers expected him to be too weak to prevail in power struggles.

Today, nobody seems to remember the big conflict of two years ago. The Maoist “Chongquing Model” was competing with the market-oriented “Guangzhou Model”. Today, Bo Xilai, who represented the former, is in prison, whereas Wang Yang, who represented the latter, is vice prime minister. Hopes that Wang’s victory would mean more space for civil society have been disappointed however.

Xi’s core agenda is to enhance the power of the party and its capacity for governing in order to make “China’s dream” of becoming a globally respected world power come true. He has redesigned the government apparatus, centralising all decision-making in his persona. He pretends to be some kind of “modern Superman” who gets a grip on things. Some western leaders seem to desire similar authority.

In China, power is now being invested in the party. In June 2014, Xi appointed himself to head its internal planning group for finances. Moreover, he leads three newly established leadership groups that are in charge of deepening reforms, national security and cyber security. One of these leadership groups is now drafting a new law concerning civil-society organisations in the context of anti-terrorism and security legislation.

To some extent, the policy is contradiction-ridden. On the one hand, the party claims to increase space for civil society, improve options for public participation and boost the rule of law, and recent environmental legislation is pointing in that direction. On the other hand, “civil society” is often portrayed as a tool that serves “the foreign hand”. In any case, the regime is looking for a new term to define service-oriented civic action which is supposed to contribute to tackling problems and prevent conflicts in a smooth and harmonious way. The party obviously has no tolerance for women’s rights activists who used stickers to campaign against sexual harassment in the public sphere. Last month, five women were arrested for that kind of action.

Since Xi took office, more non-governmental organisations have been shut down and more of their staff members have been arrested than ever before. In particular, activists in the fields of labour rights, disclosure of corruption and civil rights are concerned. It is only fitting that a new governmental cyber administration is supposed to regulate the media, which is likely to lead to “more effective” online propaganda.

The ideological purity of think tanks, universities and schools is being checked as well. The recent 4th Plenum of the 18th Congress has imposed party leadership on all think tanks and educational institutions. Last summer, the renowned Chinese Academy for Social Sciences was accused of having “ideological problems”, and all its researchers were scrutinised. The press reported that think tanks were told to “think in the right direction” according to party guidelines. In December, the government started a campaign designed to control universities more stringently, and early this year, Yuan Guiren, the education minister, convened university presidents to study the new policy.

The police, military and other government agencies are breaking laws and violating human rights again and again. According to the official doctrine, it takes an iron fist to turn a sickly and corrupt bureaucracy into a modern state that is run according to the rule of law. The new Superman is taking care of things.

Once his work is done, the new modalities for public participation may perhaps be implemented. It is to be hoped that there will still be some people left with independent minds and an interest in becoming involved.