“Run into the burning building”

It is no coincidence that the countries most affected by the current west African Ebola epidemic only have fragile states after emerging from long civil wars. In Liberia, Sierra Leone and Guinea, people tend to have little trust in public institutions and are not inclined to obey authorities. At the same time, all kinds of infrastructure are poor. The crisis cannot be contained without massive international assistance, as Joanne Liu of Doctors without Borders told representatives of UN member states in New York on 2 September.

contributed to D+C/E+Z in autumn 2014 as the international president of Doctors Without Borders/Médecins Sans Frontières (MSF). 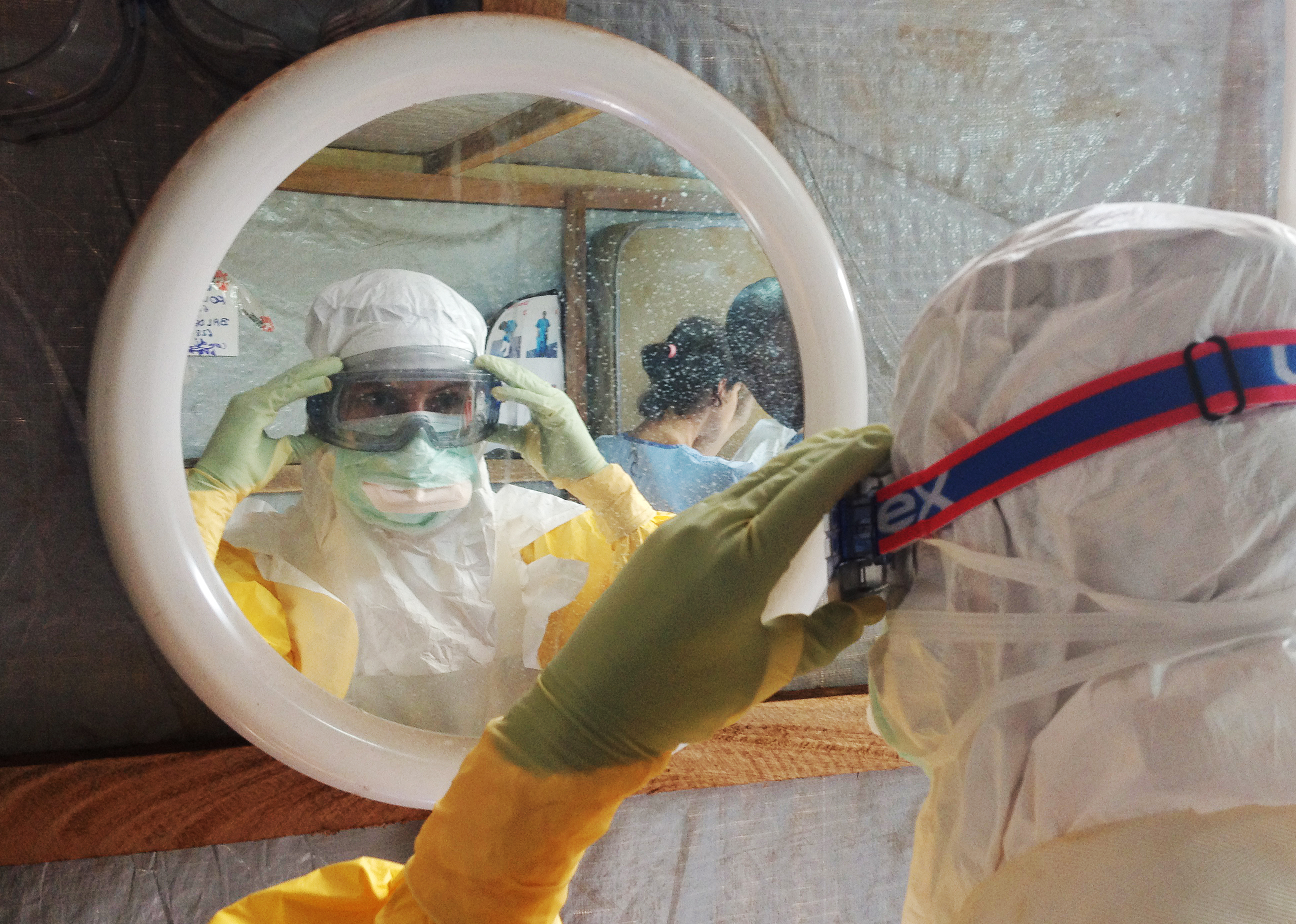 Six months into the worst Ebola epidemic in history, the world is losing the battle to contain it. Leaders are failing to come to grips with this transnational threat.

In West Africa, cases and deaths continue to surge. Riots are breaking out. Isolation centres are overwhelmed. Health workers on the front lines are becoming infected and are dying in shocking numbers. Others have fled in fear, leaving people without care for even the most common illnesses. Entire health systems have crumbled.

Ebola treatment centres are reduced to places where people go to die alone, where little more than palliative care is offered. It is impossible to keep up with the sheer number of infected people pouring into facilities. In Sierra Leone, infectious bodies are rotting in the streets. Rather than building new Ebola care centres in Liberia, we are forced to build crematoria.

Last week, the World Health Organisation (WHO) projected as many as 20,000 people infected over three months in Liberia, Sierra Leone and Guinea. We are in uncharted waters. Transmission rates are at unprecedented levels, and the virus is spreading quickly through Liberia’s capital, Monrovia.

I stand here today, as the president of a medical humanitarian organisation on the front lines of this outbreak since it emerged. My colleagues have cared for more than two thirds of the officially declared infected patients. Even as we have doubled our staff over the last month, I can tell you that they are completely overwhelmed.

Doctors Without Borders/Médecins Sans Frontières (MSF) has been ringing alarm bells for months, but the response has been too little, too late. The outbreak began six months ago, but was only declared a “Public Health Emergency of International Concern” on 8. August. While funding announcements, roadmaps, and finding vaccines and treatments are welcome, they will not stop the epidemic today.

We have been losing for the past six months. We must win over the next three. And we can. Many of the Member States represented here today have invested heavily in biological threat response. You have a political and humanitarian responsibility to immediately utilise these capabilities in Ebola-affected countries.

To curb the epidemic, it is imperative that states immediately deploy civilian and military assets with expertise in biohazard containment. I call upon you to dispatch your disaster response teams, backed by the full weight of your logistical capabilities. This should be done in close collaboration with the affected countries.

Without this deployment, we will never get the epidemic under control. The following must be prioritised:

While these bio-defence teams will help to immediately shore up the response on the ground, the WHO and other public health agencies must operationalise the Ebola Road Map.

We must also address the collapse of state infrastructure. The health system in Liberia has collapsed. Pregnant women experiencing complications have nowhere to turn. Malaria and diarrhoea, easily preventable and treatable diseases, are killing people. Hospitals need to be reopened, and newly created. Lastly, we must change the collective mindset driving the response to the epidemic.

Coercive measures, such as laws criminalising the failure to report suspected cases, and forced quarantines, are driving people underground. This is leading to the concealment of cases, and is pushing the sick away from health systems. These measures have only served to breed fear and unrest, rather than contain the virus.

UN member states cannot focus solely on measures to protect their own borders. Only by battling the epidemic at its roots can we stem it. This is a transnational crisis, with social, economic and security implications for the African continent. It is your historic responsibility to act. We cannot cut off the affected countries and hope this epidemic will simply burn out. To put out this fire, we must run into the burning building.