Donor governments must not let Covid-19 undo the development success of past decades, for example in regard to life expectancy.

last contributed to D+C/E+Z in winter of 2020/2021. He is a member of the German Bundestag and the Free Democrat’s spokesman on Development Policy. 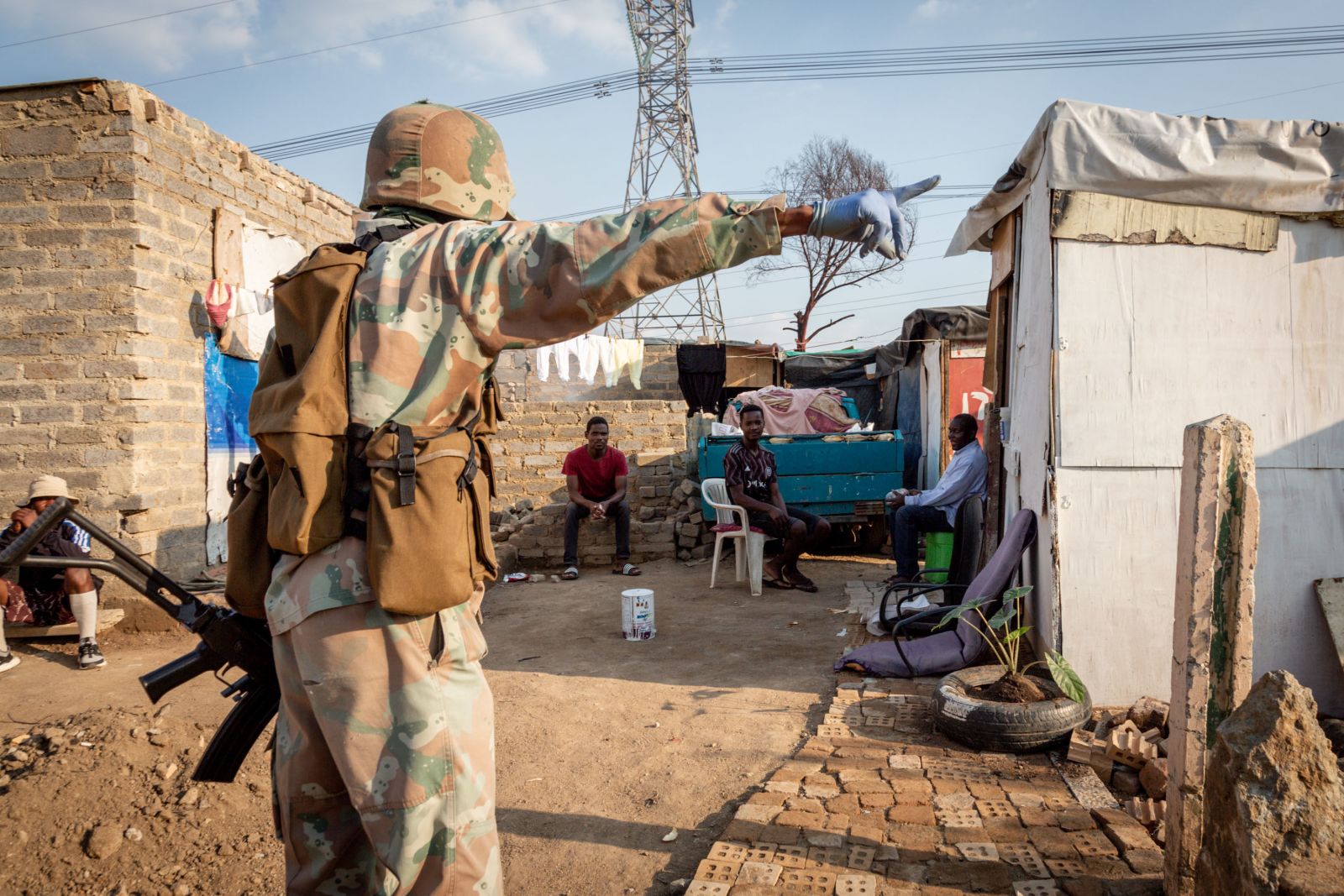 Yeshiel/picture-alliance/Xinhua Not much scope for social distancing: a soldier enforcing South Africa’s lockdown in a township.

Globalisation has led to rising incomes and higher life expectancies around the world. According to UN data, the global average life expectancy has doubled to 73 years since the beginning of the 19th century. Even in least developed countries, it has continuously been moving up towards the global average. Indeed, the global gap between rich and poor countries has been narrowing. One can attribute this success to economic development, which was supported by the UN as well as western countries, including Germany and France.

Economic growth, however, is not the only determinant that explains longer life spans. Even more important are the expansion and reinforcement of health-care systems. Statistics show that the correlation between health-care spending and life expectancies is particularly close.

The pandemic-related shutdown of global supply chains puts such progress at risk. The recession may even reverse it. In this context, my rather provocative conclusion is that the current economic downturn is a worse disaster than the immediate health problems the coronavirus is causing. The reason is that weaker economies are likely to translate into lower public-health spending, and that would cause many millions of casualties.

In countries like India or Brazil, social-distancing measures will only be possible in well-organised production facilities and middle-class housing with ample space. Many millions of day labourers work in informal settings in the slums of Mumbai, in Rio de Janeiro’s Favelas and in African shanty towns. The virus will spread exponentially, killing the weak and the sick. As even informal businesses shut down, incomes are disappearing, exacerbating food insecurity.

The international community must not let the health-care systems and economies of developing countries and emerging markets collapse because that would cause thousands of fatalities. The countries concerned need liquidity – and fast. In this setting, all official development assistance (ODA) should now be disbursed in the form of grants. Right now, we must not make the debt of the most vulnerable countries grow further. Germany’s Federal Government, therefore, should fast implement the promise made by the G20 to suspend least-developed countries’ servicing of bilateral debt. That step will increase partner countries’ fiscal space for fighting the pandemic and boosting health care.

In the medium term, Germany’s Federal Government must make use of debt swaps more regularly. It must use all respective earmarks in the national budget. The Federal Ministry for Economic Cooperation and Development (BMZ) should deliver on Minister Gerd Müller’s statement according to which “now is the moment of the United Nations”. The BMZ could now mobilise an additional € 500 million in support of the UN and channel that funding to health care in developing countries.

German policymakers cannot only consider domestic infection figures and death rates. We must think long term and take into account the global impacts of shutting down our economy and private lives. The longer the lockdown lasts, the more global life expectancies will be reduced. The faster we escape the deadlock, the fewer casualties we will see. We must use all available means to restart the economy responsibly – at home and internationally.

Christoph Hoffmann is member of the German Bundestag and the Free Democrat’s spokesman on Development Policy. He is expressing his personal views in the comment.
christoph.hoffmann@bundestag.de