On behalf of the Federal Ministry for Education and Research (BMBF), KfW Development Bank promotes the development of medicines, vaccines and diagnostics tools for poverty-related diseases into which, for commercial reasons, the pharmaceutical industry has no interest in conducting research. 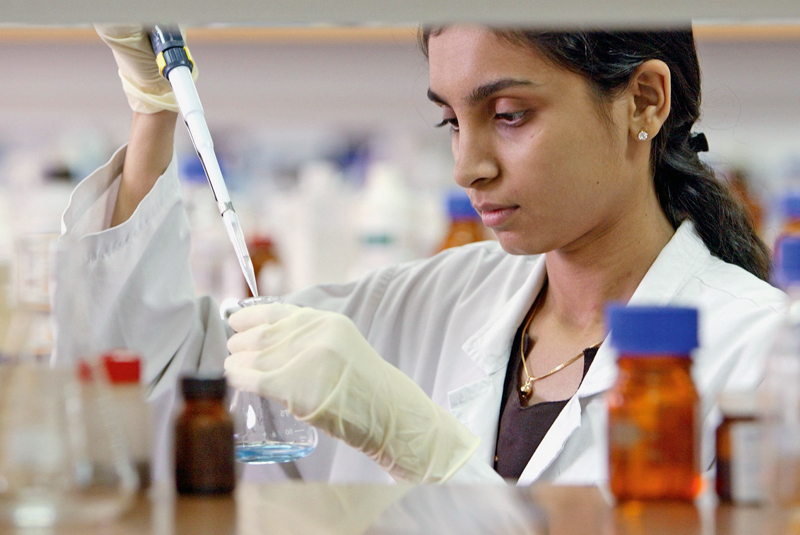 They appear in the full light of day and are invisible to the human eye: mosquitoes which carry the dangerous dengue fever. Tourists visiting the FIFA Football World Cup saw the posters in many public facilities in Brazil and were confronted with the risk. There was no vaccination for them, just as there is none for the Brazilians themselves. The situation is the same for millions of people in the tropics. But in contrast to the well-off visitors, many of the indigenous people cannot afford treatment, and those in the often remote, hot wetlands first have to be correctly diagnosed in good time.

According to estimates by the World Health Organisation (WHO), roughly one billion people suffer from infectious diseases, with millions dying from them every year. Despite this, the pharmaceutical industry carries out almost no research into certain diseases because the potential profits are too low. Pathogens such as the Ebola virus in the current outbreak are found almost exclusively in developing countries. Those affected have little purchasing power, meaning that the pharmaceutical industry has no financial incentive for its R&D departments to develop diagnostic tools, medicines and vaccines.

To remedy this unhappy state of affairs, the international community has set up public-private product development partnerships. On behalf of the Federal Ministry for Education and Research, KfW Development Bank is currently supporting four such partnerships. One of them is the Foundation for Innovative New Diagnostics (FIND). The foundation is dedicated to the development of diagnostic methods for four parasite-borne diseases, including African sleeping sickness.

KfW has also made a contribution of EUR 1 million to the Dengue Vaccine Initiative (DVI), an international consortium led by a South Korean organisation. The consortium hopes to develop a vaccine against the Dengue virus. Both Brazil and Vietnam are participating in the research. The aim is that both countries themselves will one day be able to produce the vaccine in their own countries. At present there is no vaccine against malaria. In order to change this, KfW Development Bank is supporting the European Vaccine Initiative (EVI). This initiative is endeavouring to develop a vaccine that prevents serious malaria during pregnancy, since the course of the disease threatens the lives of both the mother and unborn child.

KfW is also funding research into a medicine for the treatment of leishmaniasis, a disease likewise caused by parasites. The Drugs for Neglected Diseases Initiative (DNDI) and its partners conduct research on this in East Africa, for example into a low-cost therapy for leishmaniasis combining already existing medicines. The goal is to make the treatment more easily tolerated and effective. A further aim is the clinical development of a new active substance.