Istanbul is the city with the most residents in Turkey. It is also the country’s commercial capital. Because of economic growth and the associated job opportunities, the demand for residential housing, office space and municipal infrastructure is growing. Public services like the provision of drinking water are also challenged.

contributed to D+C/E+Z in winter of 2020/2021 as an independent urban planner and operates an engineering firm in Hamburg. 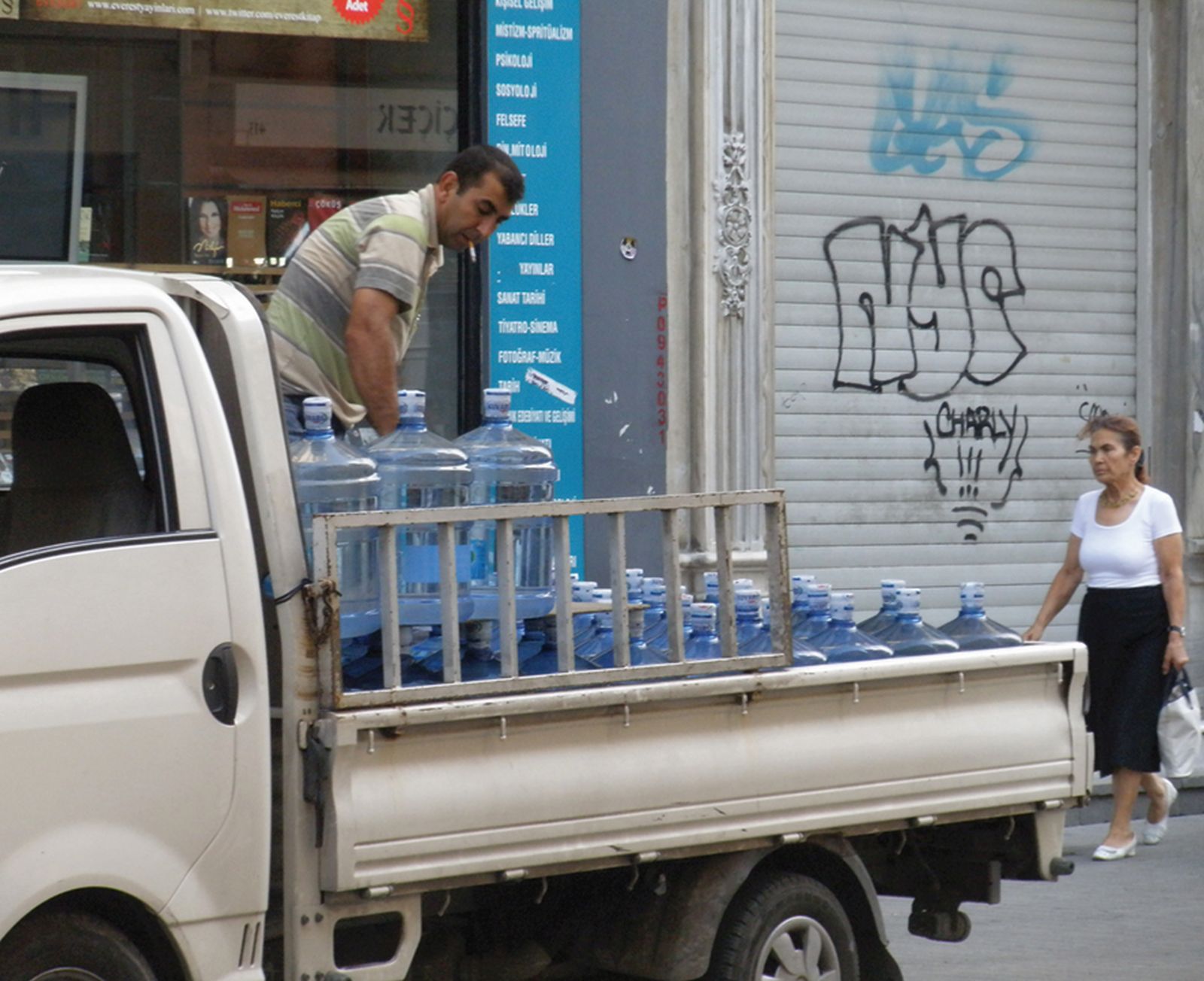 After the military coup d’état of 1980, the new Turkish government gradually rebuilt the country’s economy and politics. Increasing Turkey’s exports was an important goal. As a result, metropolitan centres like Istanbul became attractive to public and private investors. Money flowed into residential building and infrastructure in particular.

In the 1980s, an amnesty law de-facto legalised the existing informal settlements. Consequently, the affected properties and homes could be sold as real estate. Their value increased massively if they were connected to urban service networks.

Beginning in the 1990s, the rising demand for residential and office space pushed commercial and industrial activities away from the centre to the urban fringes. The city authorities implemented large infrastructure projects including the construction of an underground line and mass housing, for example, with help from Turkish and international corporations.

For the sake of building condominiums, office complexes, shopping malls and hotels, private companies also invested in the water system. It was simply not adequate for the increasing demand.

More leeway for the city council

New national legislation granted the city council more financial leeway, and it took an increasingly entrepreneurial approach. Responsibilities were reorganised: the Istanbul Metropolitan Municipality took charge of city-wide planning, including the designation of new residential areas and the expansion of transport infrastructure. The District Municipalities were given authority over local infrastructure management. For the first time it also became possible to found municipal enterprises, which operate according to private-sector rules. Local authorities had to guarantee residents basic social services, but they could run those services in a profit-oriented or at least cost-neutral way.

The city council established ISKI as an enterprise to supply drinking water. Among other things, it installed water meters in buildings, so consumption could be measured and attributed to individual households. Public wells were taken out of service. Repairs to water lines improved the security of supply and line losses decreased. The city refinanced these investments by raising the price of drinking water. Today, the residents of Istanbul pay a larger share of their income to receive municipal water. Poorer people have fewer and fewer opportunities to obtain drinking water free from wells or from pipes that are not metered.

The example of the drinking-water supply makes clear that Istanbul’s urban development – and the way it is managed – have massive impacts on the city’s relationship with its fringes. Seven rivers and lakes, located primarily outside of Istanbul, are where most people’s drinking water comes from. They get it either through municipal water lines or from private water suppliers.

In new settlements that can be connected to the existing network, ISKI supplies drinking water. On the outskirts of the city, where that would be uneconomical, ISKI and private vendors ensure a decentralised supply. Competition between municipal and private suppliers is useful, both in terms of keeping a check on prices and ensuring the quality of the drinking water.

Given Istanbul’s growing population and increasing demand for drinking water, additional water is being transported into the city by truck from more and more remote regions. As a result, residents must cope with shortages. The same fate hits agriculture in the areas where the water is sourced. Urban water supply hinges on municipal and private water suppliers from Istanbul concluding contracts with local and regional authorities outside the city limits. At the same time, more competition for limited water resources drives up prices.

Traditionally, Istanbul’s urban and infrastructure development was geared to growth. At the same time, the transition to more flexible planning instruments has opened up new opportunities for public and private actors to improve municipal infrastructure.

On the one hand, that has led to numerous investments in existing systems – like for instance the water supply. On the other hand, the city’s constant growth has resulted in new challenges for urban infrastructure.

Privatisation and the outsourcing of government functions have transformed the supply of drinking water in Istanbul from an affordable public service to a commodity. Nowadays, municipal and purely private-sector utilities are competing for customers and resources.

The greatest challenge consists in promoting the integrated development of the entire metropolitan region. The city needs to expand its cooperation with partners in the region and consider social and environmental factors more seriously when planning new residential areas. Sealing surfaces within the city limits for new residential buildings, after all, is an immediate response to rural-urban migration and has environmental impacts on surrounding areas. The urban development strategy should focus on making living conditions in the entire region more equitable, but so far has not been doing so.

Sarah C. Schreiner is an independent urban planner and operates an engineering firm in Hamburg.
dr.ing.schreiner@gmx.de