The new tier  of government

In 2010, Kenya’s people adopted a new constitution in a referendum. The new supreme law was designed to prevent crises such as the post-election riots that rocked the country in 2007/2008. Devolution of powers from the central ­government to newly-established counties is supposed to make governance more democratic and reduce regional disparities. The initial experience is generally positive, but serious challenges remain.

last contributed to D+C/E+Z in autumn 2015 in her capacity as executive director of TAABCO Research and Development Consultants in Nairobi. She is also the moderator of the Central Committee of the World Council of Churches. 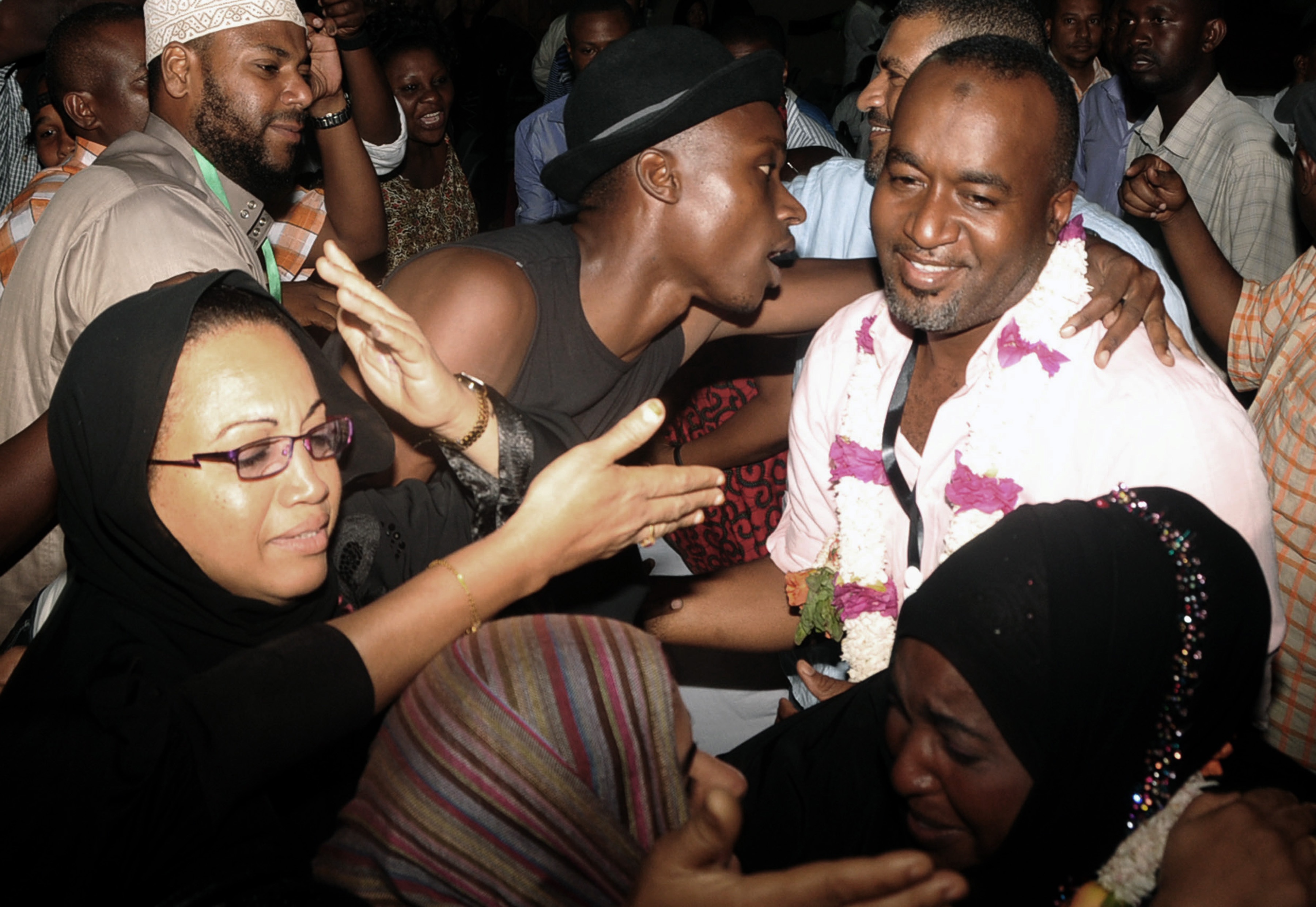 AP Images/picture-alliance Supporters celebrate the election result that made Hassan Ali Joho (in white shirt) the first governor of Mombasa County in March 2013.

Chapter eleven of the new constitution demands the establishment of county governments. It spells out the various objectives and principles of devolved government, including democratic ideals and the separation of powers. It recognises the right of communities to manage their own affairs and further their development. The idea is to give the citizens a sense of identity and self empowerment.

Another important principle is to protect minorities and marginalised people and promote their interests. Devolution of powers to the counties is meant to ensure that minorities do not feel sidelined or even ignored.

The counties are a new level of local government. The provincial and district administrations which previously were powerful have lost much of their influence. The 47 counties are now the most important level of local government. Many analysts argue that this devolved system will not only bring government and resources closer to the people, but also gives powers and responsibilities to the people and their elected leaders at the county level. It is hoped that regional disparities will decrease as local government bodies increasingly take care of local concerns.

The defining feature of the new system is that county administrations are politically accountable to the local electorate. Earlier, they were responsible to the central government. Since independence, political power has always been concentrated in the executive branch of the national government. According to his political inclinations, the president basically decided how national resources were used. This was particularly so during the rule of the first two presidents, Jomo Kenyatta and Daniel arap Moi, who were in charge of the dominant Party of Kenya National African Union (KANU).

Even after the introduction of multi-party elections at the end of the past century, the central government retained excessive power. Its executive branch controlled the other two branches, the judiciary and the parliament, as well as the sub-national tiers of government.

This is no longer so. According to the Constitution, powers must be devolved to the counties, and the Transitional Authority Act of 2012 has anchored the new principles in law. Sub-national units will henceforth exercise a form of self rule. The powers are gradually being transferred to the counties. Devolution serves the deepening of democracy (see box).

The county governments are made up of county assemblies, which have legislative functions, and county executives. Assemblies and executives are elected by their constituents. County elections were held for the first time in the spring of 2013.

To date, the new structure has proven effective in providing channels for the expression of regional sentiments. It also contributes to making national policymakers more aware of regional interests.

Devolution, moreover, has given minority parties an opportunitiy to exercise influence at the local level. Earlier, these parties were basically marginalised from policy making in general.

There are other political and economic benefits, both at local and national level. One of the most notable results is that the democratic culture among citizens is being enhanced. Democracy is being strengthened by the separation of local and national powers. As new centres of power have emerged, furthermore, so have new checks and balances. The most important aspect is that the people now have opportunities for participating in public affairs, which includes insisting on the effective provision of services.

Relevant government authorities are now closer to the people, and their officers have become more responsive and more accountable. Ordinary people are now able to demand information, which is something only a few civil-society organisations managed to do at the national level previously.

Devolution has improved the governance framework for pro-poor policies moreover. Subnational institutions are more familiar with local needs, circumstances and costs than national ones. Accordingly, they are also in a better position to distribute resources.

Finally, the county system has introduced competition among government agencies. Every county is striving to excel in comparison with the others. Local leaders must prove that they are as least as good as their counterparts in other counties at delivering services, improving infrastructure and attracting private-sector investments. This new sense of competition reduces opportunities for bribery and rent seeking. It also stimulates innovation.

Despite many achievements, county governance is still struggling with several issues in Kenya. Political processes must be managed diligently at the local level. Otherwise, the lack of accountability and the inefficient utilisation of resources that are typical of monopolised national power are likely to reappear at the local level.

Some political analysts argue that elites have captured most of the new county governments. In this view, the new system is facilitating the persistence of archaic patron–client relations. Local leaders are said to be using the resources at their disposal to perpetuate their rule by skewing allocations in favour of kinsmen, supporters, sycophants and all manner of political hangers-on.

In this context, the county governments have to some extent contributed to undermining the national unity of Kenya by inflating ethnic, religious and cultural diversities. Today, the country has 47 semi-autonomous governments that are typically controlled by the dominant tribe in the respective region. Each of the 47 county governments has a specific ethnic group as its unit of collective voices. In this regard, the counties are reproducing problems at the local level that are all too well known at the national one. There can be no doubt, however, that the system has become more pluralistic as there are now 47 arenas of policymaking below the national level.

Another serious challenge is that the counties are so far unable to fully raise the revenue that is due to them. According to chapter 12 of the Constitution, the public finance system "shall promote an equitable society". The supreme law specifically spells out that:

These principles make sense. The trouble is that Kenya’s tax legislation does not fully reflect them. The reported revenues of the counties tend to be far below what was projected originally. The gaps can be explained by the following factors:

Unfortunately, the Constitution does not provide clear guidelines on how counties will generate the revenues they need to ensure the sustainability of their operations. Chapter 12 only gives county governments the power to impose property taxes, entertainment taxes and "any other tax that parliament may authorise them to impose". In practice, the counties thus lack real autonomy to manage their finances independently. It seems that the establishment of the counties was more geared to distributing than generating wealth. If the counties are to be fully empowered, they must be given more fiscal autonomy in the long run.

Agnes Abuom is the executive director of TAABCO Research and Development Consultants in Nairobi. She is also the moderator of the Central Committee of the World Council  of Churches.
taabco@taabco.org