No food, no health

In Eastern Africa, many children suffer from malnutrition. According to Wilson Kitinya, who works at a hospital and training centre in Tanzania’s Masasi district, this fact does not only hamper the development of the children concerned, but that of their entire nation. 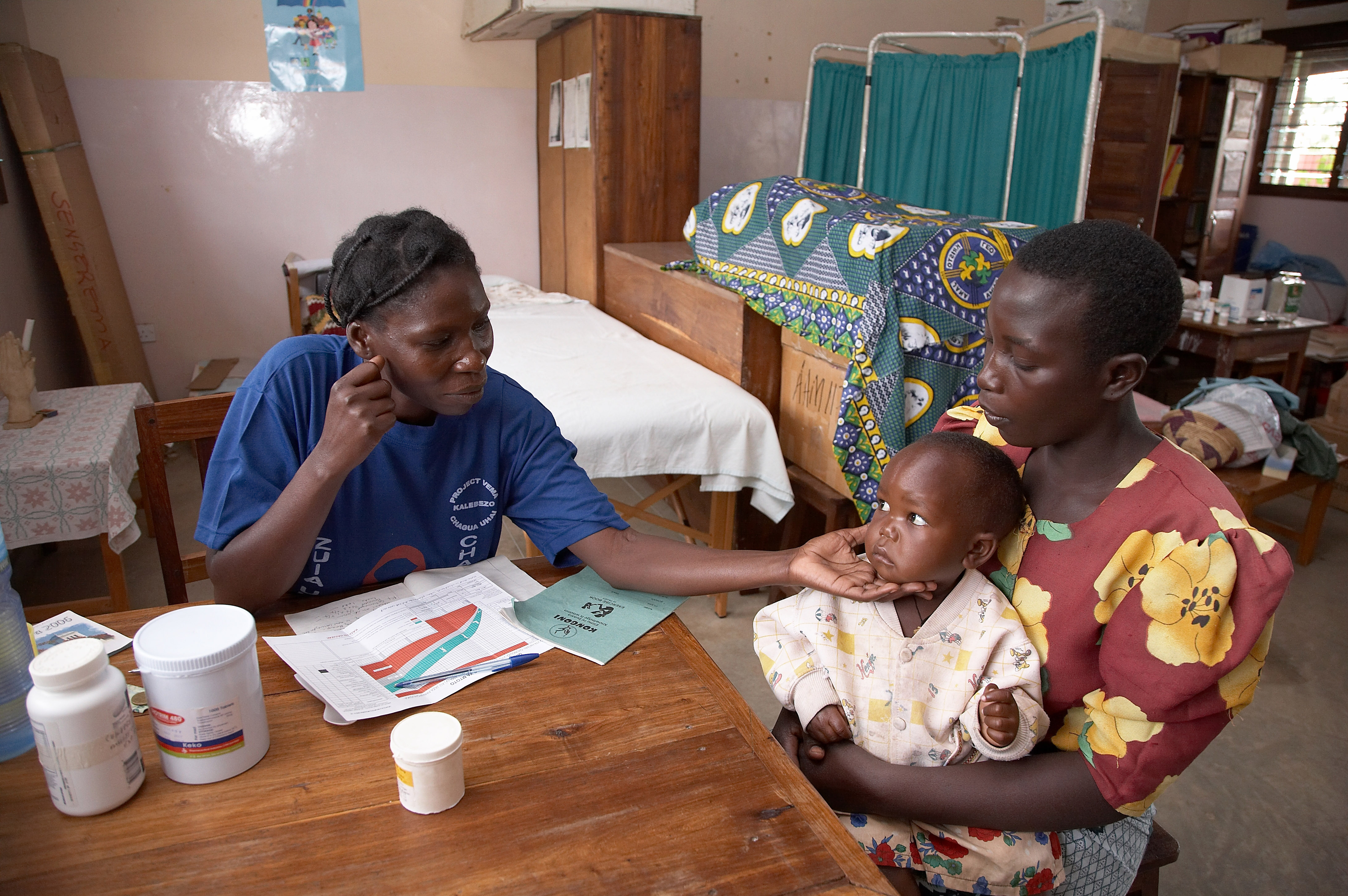 Sean Sprague/Lineair In Tanzania, each child has to visit a Reproductive and Child Health (RCH) clinic every month for health exams: Mother-child clinic in Kalabezo.

Who in particular is likely to be malnourished in Tanzania?
The problem of malnutrition affects the entire population, but children under five and women are especially vulnerable, as the Tanzania Demographic and Health Survey (TDHS) showed in 2010. As reasons, the survey indicated “their unique phy­siology” as well as the fact that “socioeconomic factors in society are often unfavourable to these two groups”.

How many children are affected in the Masasi district, where you work?
Malnutrition is the sixth most common health problem among the children in our Mkomaindo hospital. I am pretty sure that the problem is even more common, but as we only deal with severe cases, we do not notice all cases in the community. We mainly treat malaria, pneumonia, diarrhoea, anaemia, hypertension and pregnancy related complications – and most of them are made worse by mal­nutrition.

How does malnutrition affect the development of children?
According to the TDHS, many children already have micronutrient deficiencies before they reach the age of two, so their growth and development are hampered. Childhood illnesses, such as diarrhoea and acute respiratory infections become more frequent, which has an impact on the child’s overall development. As the brain cannot fully develop, malnourished children tend to perform worse in school, and their general productivity tends to be low throughout their entire lives. Furthermore, their creative and innovate potential shrinks. Young girls who suffer from stunting due to malnutrition often get complications during pregnancy, because the pelvis might not be well developed. Furthermore, anaemia in pregnancy is a typical health problem of formerly undernourished children.

You mentioned that women are also among the most affected – does malnutrition have the same effects on them?
Well, as adults, malnourished women too are less productive and show increased susceptibility to infections. Furthermore, they run a higher risk of adverse pregnancy outcomes. Women with a poor nutritional status are usually of short stature and suffer anaemia or other micronutrient deficiencies. They often loose their children during pregnancy, or they bear babies with low birth weight. Their breast-milk too is of low-quality, and they die more often from post-partum haemorrhage. Furthermore, operational deliveries such as caesarean sections are more frequent.

What influence does frequent malnutrition among children have on the Tanzanian society?
Treating the repeated illnesses of children costs the state a lot of money that could be used for other purposes, and the few health-care providers we have are constantly overworked. I’ve already mentioned poor school performance and lower productivity, both of which obviously have an impact on society. This is why the TDHS states that “good nutrition is a prerequisite for the national development of countries.” But we are stuck in a vicious cycle – low productivity means the economy does not advance, so food availability doesn’t improve either, and malnutrition among children prevails.

The government must want to change matters. What does it do?
In Tanzania, each child has to go to a check-up at a Reproductive and Child Health (RCH) clinic every month to control the health status. The weight of children, for instance, is documented on coloured cards, so the health-care providers will see immediately whether a child’s growth is retarded. They will then either instruct the caretaker what to do or send the child to a doctor for further treatment. The staff of these RCH clinics regularly receive lessons on good nutrition. The approach called Integrated Management of Childhood Illness (IMCI) is widely used in the country, which includes checking the nutrition status of child patients and giving nutritional advice. Furthermore, the Tanzania Food and Nutrition Centre (TFNC), which is run by the Ministry of Health, plans and coordinates programmes, facilitates trainings and carries out research.

How do you deal with cases of child malnu­trition at Mkomaindo hospital?
Severe cases are admitted in ward for proper care and for feeding, using a stepwise approach. In moderate cases, we have a programme that supplies mothers with a special flour for making porridge. It is run by a colleague doctor from Germany. But of course we still make special appointments to make sure these children come back for check-ups.

Do your students learn how to deal with cases of undernourished patients?
In the third semester, they attend an entire module on nutrition. Furthermore, in the module of paediatrics and child health, we insist that students should inquire about recent and former feeding practices. This will help them to counsel the patients and their caretakers. When it comes to prac­tical work, we tell them – as we tell all health-care providers – to do anthropometric measurements with every child patient, like controlling the weight, the height and the mid-upper arm circumference to check the level of nutrition. Furthermore, we send our students to the villages for practical training. One of the tasks we give them is to measure and document the status of malnutrition of children under five. Thereby we want to raise their awareness of the extent of this huge problem and show them ways how to solve it by involving the com­munity.

What was the worst case of malnutrition you ever dealt with in your professional career?
I remember a five year old boy who came to the hospital due to severe malnutrition. After his admission, we discovered that in addition he was HIV positive. His mother had died only a few years back and he was now being taken care of by his step mother. Of course, he had repeated illnesses, we even suspected tuberculosis. Whenever we discuss malnutrition, this patient comes to my mind. He really suffered from the most striking health problems of our region.

What do you wish your government or the international community would do in order to improve food security and to provide a well-balanced diet for all?
Before I point to the government and the international community, I want to highlight that the mindset of most people needs to change. They have to think about how to achieve proper nutrition instead of waiting for the government to act. But this is where the vicious circle sets in again: If so many people suffer the effects of undernourishment, how shall they start reflecting and changing their habits?

So it’s indeed the politicians who have to act?
They can do a lot. Our government should focus on two important issues: improving food security and food variety, as well as ensuring health education to raise the awareness of each and every member of the society on the importance of nutrition. When it comes to the international community, I ask the financial institutions to lift the ban against government subsidies for farmers in developing countries. All international actors should advocate for fairness when it comes to importing and trading with goods from developing countries. As for development agencies, when they support governments in developing countries, they should only support those who are acting in favour of their citizens, and not the corrupt ones that only run for the benefit of few. Furthermore, they should make ensuring proper education a priority.