The difficult road to reconciliation

A fight among South Sudan’s political power brokers has turned into a bloody, nationwide conflict. There are many reasons for the outbreak of violence. Ethnic rivalries are only one of them. 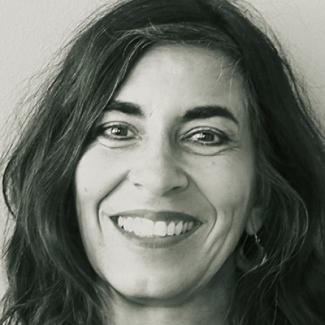 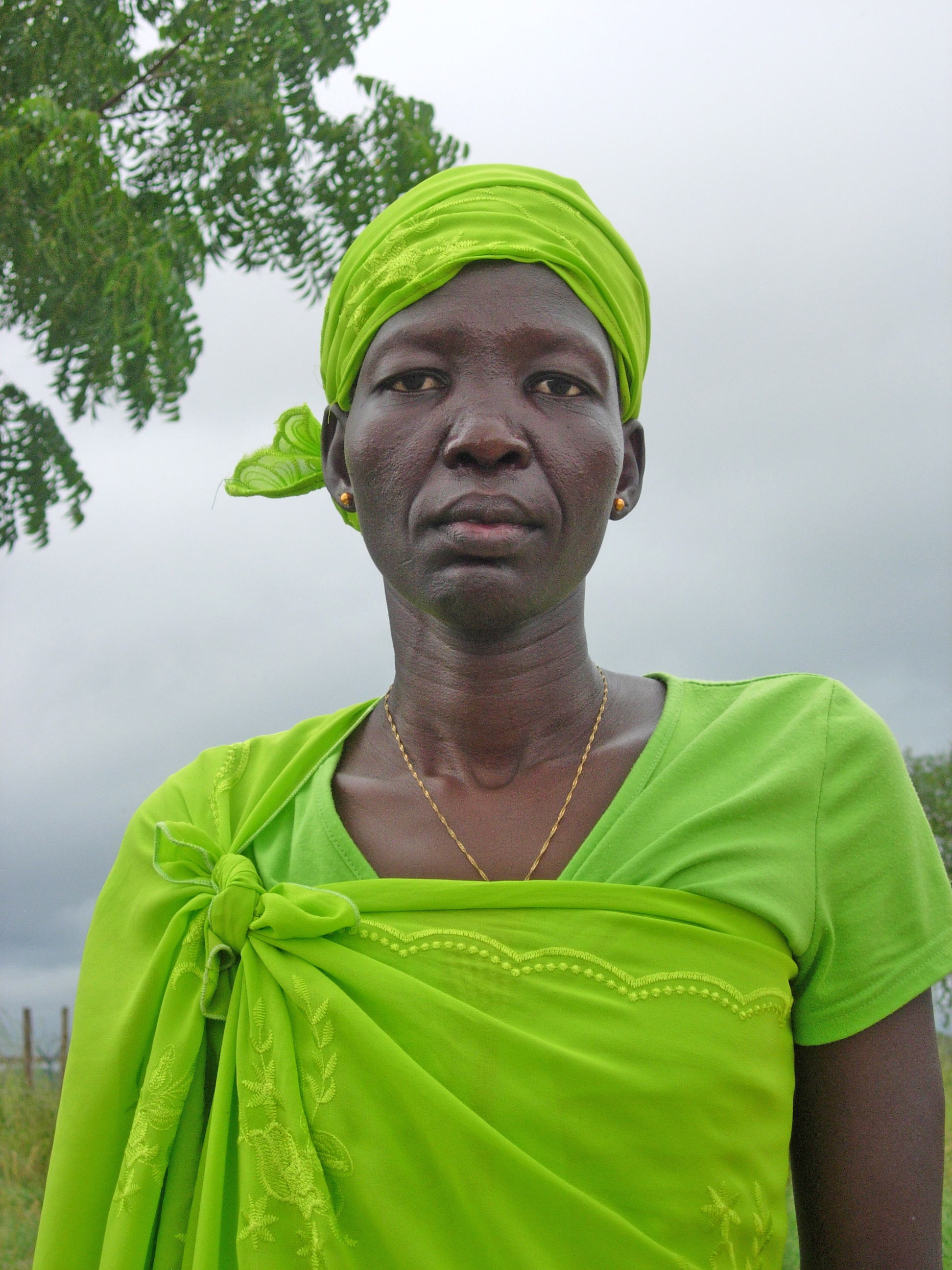 Only old people remember a time without war in South Sudan, which was formerly the southern part of Sudan, the country’s neglected, poor, underdeveloped region. The people have seen mostly conflict since 1956. After gaining independence from the colonial power Britain, a bloody civil war broke out in Sudan. It lasted until 1972. After a short pause of 11 years, another war began in 1983, which only ended in 2005.

By then, three decades of war had claimed approximately 2.5 million victims, most of them civilians. Thousands of refugees have spent most of their lives in refugee camps in Uganda or Kenya. Roughly half a million were internally displaced, deprived of their accustomed livelihood.

In 2011, better times seemed to arrive. After a referendum, South Sudan seceded from Sudan and became an independent state with almost 11 million inhabitants, of whom 73 % are illiterate. More than half live below the poverty line. The country hardly has any infrastructure outside the capital of Juba. Nonetheless, there was reason for hope. South Sudan has fertile lands, abundant water and vast crude oil reserves. Its young population is willing to work.

The power of arms

Unrest, however, continued even after independence. In the provincial state of Jonglei, for instance, clashes are frequent between tribes in remote areas. Human-rights organisations have repeatedly warned of growing inter-ethnic violence, particularly against the Murle people, nomads in the eastern part of the country.

Whenever military or other security forces intervene in such conflicts, they reportedly take sides, instead of quelling the disputes. More often than not, the victims are Murle. Violent fights between armed tribes over cattle, resources or land are an on-going and unresolved feature of life in the provinces.

But the recent outbreak of violence has a different background. In mid-July 2013, a power dispute in the Sudan People’s Liberation Movement (SPLM), the ruling party, led President Salva Kiir Mayardit to dismiss his vice president and the entire cabinet. The ousted vice president, Riek Machar, is an old rival of the president, even though they were once both rebels against Sudan. Late last year, Machar mobilised parts of the army loyal to him, and in the ensuing fights, the conflict quickly escalated along ethnic divides.

"This is the price for eight years of failure to reform the military in South Sudan," says Wolf-Christian Paes of the Bonn International Center for Conversion (BICC). In his view, that should have been done in 2005, immediately after the Comprehensive Peace Agreement (CPA) with Sudan.

The CPA was supposed to result in the demobilisation of different militias and the establishment of a new integrated army. "Instead of the envisaged 90,000 soldiers, the UN peacekeeping force demobilised a mere 12,000, mostly older fighters between 2009 and 2011," Paes explains.

This failure has an economic dimension. The economy is weak; sources of income are scarce. Serving in the army, however, is a safe job. "The security apparatus in particular is a patronage system," the BICC expert points out. "It serves to stay in power and enrich political elites."

South Sudan has been spending roughly 10 % of its GDP on military expenditure, a higher share than anywhere else in the world. The figure fits an old observation by Oxford scholar Paul Collier: "A big army is not just a source of defence, it is an interest group." One reason for not demobilising the troops in South Sudan, however, was that border issues with Sudan continue in the province of Abyei, so there is a permanent threat of a larger conflict.

In the recent conflict, well-armed army factions were pitted against each other. Kiir belongs to the Dinka people, and Machar is Nuer. Both have mobilised troops that are loyal to them in personal terms. Accordingly, the conflict is seen to be inter-ethnic. In truth, the situation is not that simple. Local leaders are manipulating and instrumentalising tribal loyalties for their purposes. As a result, Dinka and Nuer committed atrocities against each other – the past weeks claimed thousands of victims.

South Sudan’s conflicts are often about resources. For the nomads, it is about access to water and pastures, but other resources matter even more: Back in the 1970s, the oil companies Chevron and Shell discovered oil fields in the southern region of what was then Sudan. These reserves were estimated to be bigger than those of Saudi Arabia.

Oil played a major part in the civil war. Whoever could control the areas around Bentiu and Malakal (which today belong to the northern and north-eastern region of South Sudan), would control the oil wells. Oil profits, however, were almost exclusively invested in the northern part of the country, which today is Sudan. Frustration and anger grew among the people who lived in the south. The unequal distribution of the oil wealth was one of the bones of contention which fuelled decades of strife.

Today, it is mostly Chinese companies that control the oil business in South Sudan. Oil money constitutes 98 % of South Sudan’s government revenues. For export purposes, however, the country depends on Sudan’s pipeline to the Red Sea, since South Sudan is a landlocked country. Due to a dispute with Sudan over fees for using the pipeline, oil production and transports stopped in 2012, and as a result, South Sudan’s GDP dropped by half.

There has not been much geological surveying in South Sudan; that was impossible in the decades of unrest. Apart from oil, experts believe there are other valuable natural resources including significant quantities of gold, uranium, copper, tungsten and iron ore. Mining, however, is a huge challenge in a country that lacks any meaningful infrastructure.

Oil resources were certainly one of the reasons why the rebels who fought Sudan found international support. Religious differences between predominantly Muslim Sudan and predominantly Christian South Sudan were emphasised in order to create allegiances. For instance, conservative Christian groups in the United States supported the independence movement in the south.

Ever since independence, South Sudan has depended heavily on interna­tional aid. The most prominent international presence in the country is the UN Mission in South Sudan (UNMISS), with 7,000 soldiers, 900 policemen and many civilian staff. In recent weeks, thousands of desperate people fled to UNMISS compounds, looking for safe havens. But civilians found protection only inside the UN bases. Outside, UNMISS forces lack the legal mandate to stop the killing, despite their often-mentioned "responsibility to protect" (R2P). As Collier argued years ago, "post-conflict situations are fragile and there is usually no simple political fix. Peacekeeping, phasing into an over-the-horizon guarantee, looks to be the key instrument for post-conflict peace."

Accordingly, the UNMISS presence should now be made stronger and authorised to quell fighting, in order to ensure peaceful state and nation building. R2P should be "more than empty talk at interna­tional conferences", writes Peter Schumann, former coordinator of the UN peacekeeping mission in South Sudan. He wants the mission’s mandate to include actively interfering in violence. Moreover, he demands that civil society be involved in peace talks: "A new social contract between all groups has to be negotiated." Otherwise, he says, there can be no lasting peace.

When D+C/E+Z went to press in late January, hectic international efforts were going on to pave the road to truce. The UN Security Council ordered UN troops stationed in other African countries to be deployed to South Sudan. The African Union sent a mediation team shortly after the outbreak of violence. The neighbouring eastern African countries were actively trying to broker a peace agreement among South Sudan’s political factions.

Uganda sent troops to South Sudan in order to pacify the warring parties. The Ugandan Defence Force Act only allows the president to deploy troops for peacekeeping missions, and not to take part in combat operations. According to the Kampala government, the deployment in South Sudan is meant to help evacuate Ugandan nationals currently trapped in the conflict, but on the other hand, the troops are supposed to stay in South Sudan until the country stabilises. Uganda’s economy relies on exports to South Sudan, so peace next door is a core interest. On 23 January, a ceasefire agreement was signed thanks to the mediation of the East African regional bloc IGAD (Intergovernmental Authority on Development), which shows that international peacekeepers need not always come from afar. Nonetheless, there were still reports of on-going unrest after the event. It is to be hoped that, with its neighbours trying to assist, the world’s youngest nation will yet find its way back to peace.