contributed to D+C/E+Z in summer of 2020 as environmental journalist based in Pakistan. 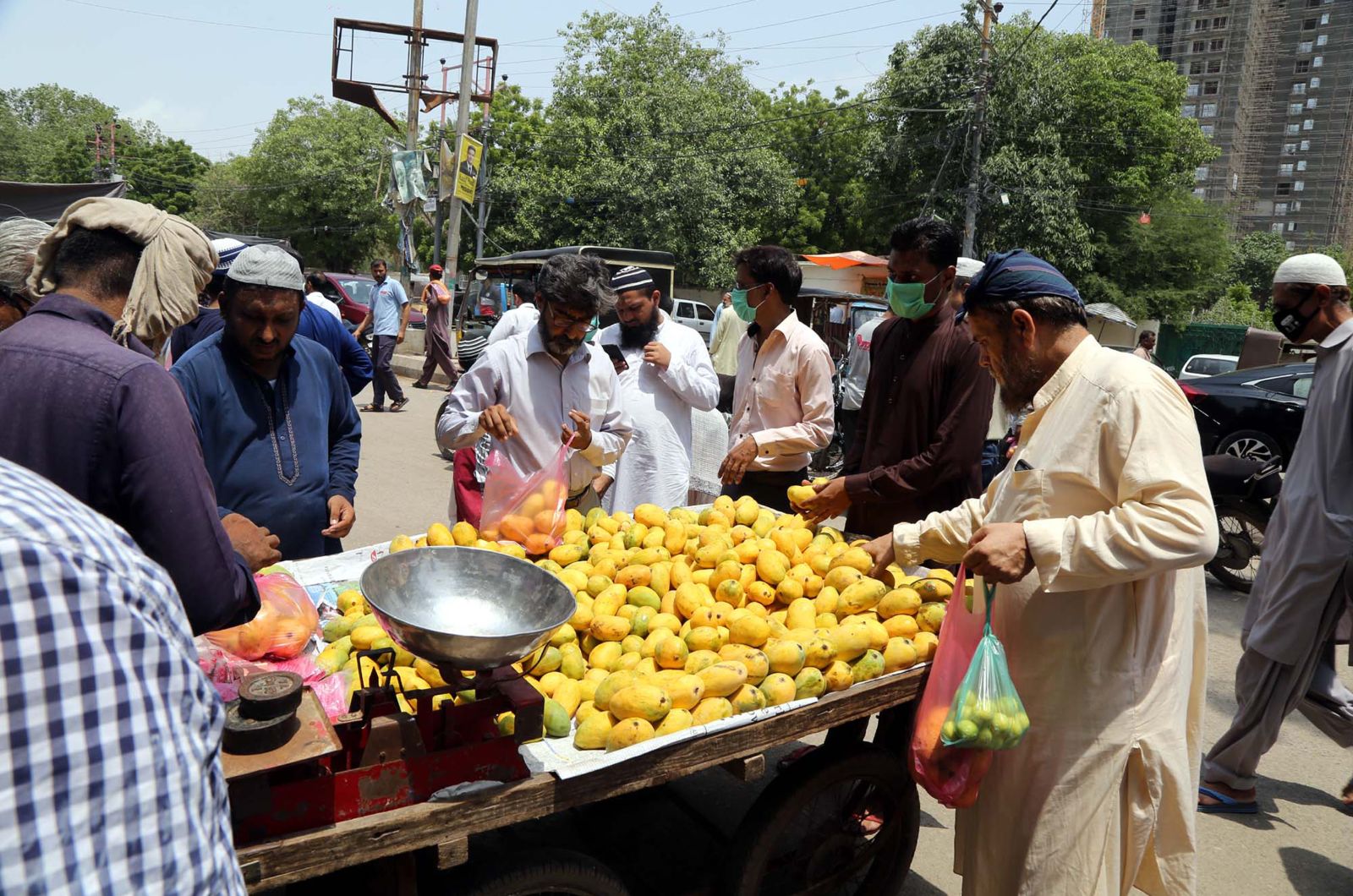 picture-alliance/Zumapress/PPI Vendor sells mangoes on his pushcart at a roadside in Karachi.

Mahmood Nawaz Shah is a mango grower and exporter from Tando Allah Yar district in Sindh province of Pakistan. Over the past few years, he has been seeing delayed ripening of mangoes due to changes in weather patterns. “The Sindhri mango, a popular variety, used to ripen by the end of May, but this year it was ready for harvest by the end of the first week of June in lower Sindh,” Shah says.

According to the global climate risk index 2020, which is published by the German NGO Germanwatch, Pakistan stands on the fifth place of the list of countries that were most affected by climate change from 1999 to 2018. Impacts of climate change strongly affect the agrarian economy.

Shah says: “Temperatures exceed 50 degrees Celsius. Coupled with unusual wind patterns, this affects the size and sweetness of mangoes.” Certain districts of Punjab province that used to produce bumper crops of mangoes were impacted by rains and storms, Shah adds. Therefore, this year’s mango production in these areas will be considerably lower than usual. Changing seasons and unusual rain patterns affect mango production too.

However, climate change is not the only problem mango growers face. Exports have severely declined due to the Coronavirus pandemic. “Covid-19 has resulted in demand contraction and disruptions in flights. Air fright on the few available flights costs two to three times more than previously. Supermarkets in the UK have delisted Pakistani mangoes due to very high prices,” says Shah.

According to the All Pakistan Fruit and Vegetable Exporters, Importers and Merchants Association (PFVA), a trade association, Pakistan exported 130,000 tons of mangoes last year, which earned $ 90 million in foreign exchange. For this year, the target has been reduced to 80,000 tons. PFVA patron-in-chief Waheed Ahmed says: “COVID-19 had a two-pronged effect on mangoes. Peoples’ buying power has been affected, and air freight costs have skyrocketed thus limiting exports”.

Worsening the situation, the European Union Air Safety Agency (EASA) has suspended the authorisation for Pakistan International Airlines (PIA) to operate in the bloc for six months, starting in July. The decision followed a statement by Pakistan‘s aviation minister Ghulam Sarwar Khan that 30 % of Pakistani pilots have fake licenses.

Even if these problems are solved, next year the situation could be even worse: Pakistan is witnessing dreadful attacks of locusts on mangoes. They do not eat the fruits but the leaves, thus harming the trees and possibly affecting future mango production. Ahmed points out that the arrival of locusts and their regeneration is an environmental phenomenon: “Without a favourable environment, locusts wouldn’t have been able to flourish the way they have.”

Syed Muhammad Abubakar is an environmental journalist based in Pakistan.
s.m.abubakar@hotmail.com
Twitter: @SyedMAbubakar