Thailand's population has virtually stopped growing, and in ten years time it is forecast to contract. The country has one of the best social insurance systems in Asia, but it is still not sufficiently prepared for the impacts of demographic change. 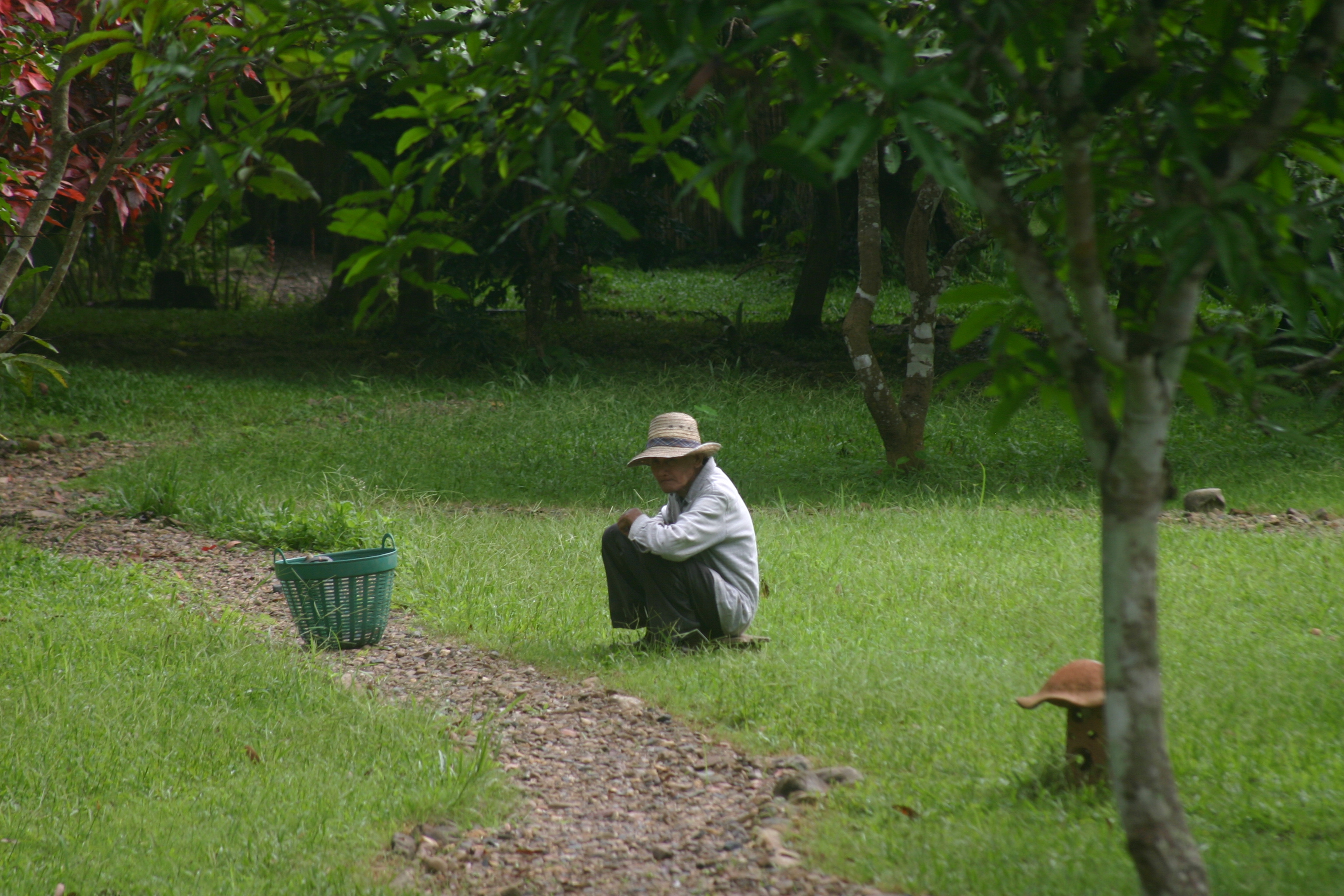 Dombrowski Poverty in old age: Many senior citizens supplement their income as gardeners.

A proposal has recently caused an uproar in Thailand: Terdsak Chomtohsuwan, an economics lecturer at Rangsit University, suggested that singles should pay more tax than people who are married. He also wants the state to provide financial support for parents having their first child. Such support, he believes, will push up the birth rate. The economist has been widely quoted in the Thai media saying: ”In a fast-growing economy, many couples choose to make a  living rather than have children.”

Rich countries such as Germany provide family support through tax breaks and child benefit. But in the eyes of Thailand's Facebook generation, Chomtohsuwan’s proposals are impertinent. Singles feel discriminated against and ”penalised twice” – since they do not necessarily choose to be partnerless or childless. The governing Pheu Thai Party has fast stated that it rejects the proposal and will not abandon its policy of taxing people "fairly" on the basis of only their income. Nevertheless, Terdsak Chomtohsuwan's remarks have fuelled debate on a pressing problem: the ageing of society and the labour-market implications.

"In the past 30 years, the structure of the Thai family has undergone a radical transformation", noted demographer Chai Podhisita in 2011. A growing number of people are not having children or not getting married. They wish to be independent or fail to find the right partner. Women study and have careers, the traditional role that ties them to the home and family is changing. Even the government is headed by a woman today.

The average age at which people marry is rising, and so is the age of parenthood. In the past, families with five or six children were the norm; today the birth rate is 1.6 children per woman. That is on a par with China and Canada and is just a little bit higher than the German figure of 1.4. To keep a population constant without migration, the birth rate needs to be 2.1 children per woman.

Terdsak Chomtohsuwan, the economist, makes singles and childless couples responsible for the trend, which is why he wants to tax them. But people's reasons for deciding against having a family are not always selfish. Pichaya Svasti, a journalist, pointed out in the Bangkok Post that the steady rise in the cost of living, medical and education is forcing many couples to have fewer children.

A smaller family is more compatible with working life and is easier to accommodate in cramped living conditions. And urbanisation is advancing rapidly. The 2010 census showed that 44 % of the people live in urban areas – and that figure is rising. Education is now considered very important, so many parents decide against having a second child in order to afford private schooling and a university education for their single one. Another reason for the low birth rate is late marriage: as people get older, they become less fertile.

"New" forms of family life have emerged. According to demographer Chai, they are becoming ever more common. Family units in which children grow up with only one parent, with grandparents or even no relatives at all now account for 12 % of the total. In 1970, an average of 5.7 people lived in a Thai household. At the time of the 2010 census, the figure was down to 3.2.

This radical change reflects a global trend, a move from traditional to modern society that experts call the demographic transition. It starts with falling mortality rates, followed later by a downturn in births. In the interim, the population grows fast. This is the phase that is now coming to an end in Thailand; birth and death rates are aligning at a low level. Population growth is only around 0.5 % a year. The World Bank forecasts that the population will start to shrink by 2023. In 2012, Thailand had a population of 66.8 million.

Phrases like “ageing society”, “poverty in old age” or “labour shortage” are used commonly in rich nations to assess the impacts of demographic change. They are increasingly making sense in Thailand too. The World Bank calculates that the over‑60s will account for a sharply rising percentage of the population from 2015 onwards, reaching 35 % by 2060. In 2010, the figure was 15%. Conversely, the percentage of people of working age will start to fall in 2020.

Thailand’s dependency ratio – the ratio of senior citizens, children and young teens to the working-age population – is currently 56 %. According to World Bank forecasts, it will top 100 % by 2070. There will then be more dependent people than people of working age – and most of them will be old.

Phumin Harinsut of the Thai Chamber of Commerce estimates that the country already has a labour shortage of around one million people. Unskilled labour is needed mainly in construction and fisheries, skilled labour in the automotive industry, tourism and the services sector. The unemployment rate is below one percent. Without migrant workers from poorer neighbouring countries – estimated to total around three million – many businesses and even entire sectors would collapse. Phumin calls for the retirement age to be raised from 60 to 65 in order to boost the workforce. It is equally true, however, that the pension system is not fit to cope with the daunting challenges of the ageing society (see box).

Katja Dombrowski works as a freelance journalist in Bangkok.
kd@katja-dombrowski.info

Sacrifice instead of careerism: How Gen Z wants to work in the future
Peter Mulenga Chibvalo Zombe Charles Chinanda