Sri Lanka’s leaders are suppressing free speech through attacks and intimidation. Between 2006 and 2015, when Mahinda Rajapaksa was president of Sri Lanka and his brother Gotabaya was defence secretary, journalists lived in fear. Under the two strongmen, journalists who dared to criticise were subjected to threats, physical attacks, abduction and murder.

last contributed to D+C/E+Z in summer of 2021 as editor of RepublicNext.com. 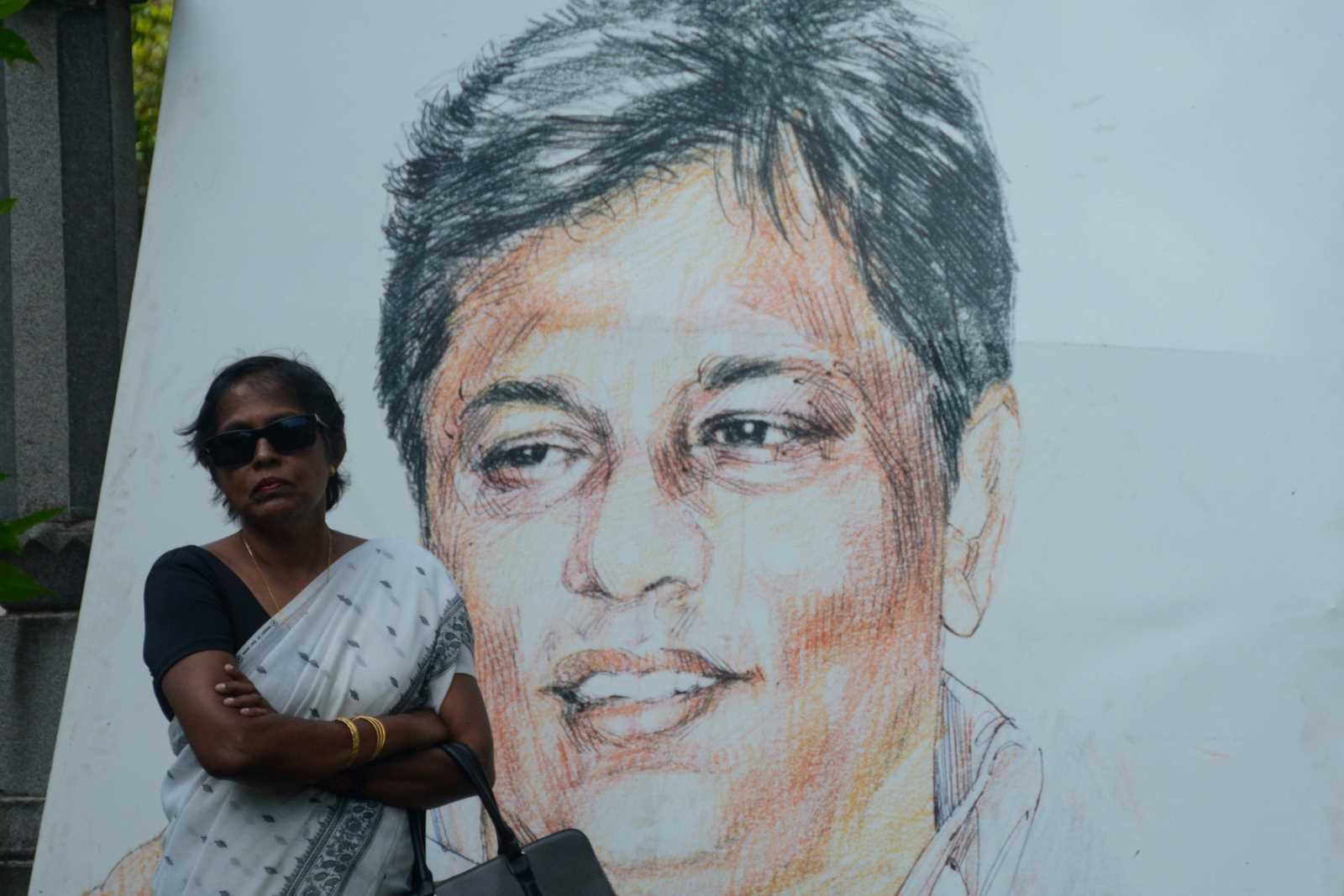 Now the brothers are back in power, and their roles have switched. Following presidential elections in 2019 and parliamentary elections in 2020, Gotabaya became president and Mahinda prime minister. But the same fear tactics are being applied. Media outlets that are state-owned keep to the government’s line. Those that are not state-owned tend to practice self-censorship.

The period of relative freedom between 2015 and 2019 seems increasingly a remote memory. Yet even during those years journalists faced some official intimidation. After all, it is not easy for those in power to change their practices overnight. During the interim period, even poets and short-story writers were arrested occasionally, in violation of the UN’s 1966 International Covenant on Civil and Political Rights.

Sri Lanka is a signatory to that covenant, which guarantees – among other liberties – freedom of speech. That freedom exists mainly on paper in Sri Lanka. Since his election in 2019, President Gotabaya Rajapaksa has waged “a campaign of fear and intimidation against human rights activists, journalists, lawyers, and other perceived challengers”, Human Rights Watch stated in a report in March 2021.

A month earlier, the Centre for Justice and Accountability, a human rights organisation, detailed the government’s campaign to silence journalists, repress press freedom, and perpetuate impunity for these attacks. The report was backed by the Committee to Protect Journalists (CPJ), a press freedom organisation.

The report includes crimes against journalists when Gotabaya Rajapaksa was secretary of defence between 2005 and 2015. Authorities allegedly killed 25 reporters and other media people, mostly in the country’s northeast, the stronghold of the Tamil ethnic group. The murdered journalists included the editor of Tamilnet, Dharmaratnam Sivaram, and the editor of the Sunday Leader newspaper, Lasantha Wickrematunge. In a civil suit filed in the state of California, Wickrematunge’s daughter Ahimsa charged the president with responsibility for her father’s death.

The list of killed, assaulted and “disappeared” journalists from that period goes on. The deputy editor of weekly newspaper The Nation, Keith Noyahr, was abducted and tortured. The editor of the Rivira newspaper, Upali Tennekoon, was stabbed, Poddala Jayantha, a reporter in the Sinhala language, was abducted and assaulted. Political cartoonist Prageeth Eknaligoda disappeared. Many other journalists were arrested and detained, some for years, under anti-terror laws. Taking note of the fate of their colleagues, many Sri Lankan journalists fled into exile.

According to the CPJ, a unit within Sri Lanka’s military intelligence apparatus known as the “Tripoli Brigade” carried out the violence – and is being protected today by the current administration. Police officers investigating these crimes have been arrested, assigned to non-investigative jobs or forced into exile. The main investigator of those crimes, Police Superintendent Shani Abeysekara, was demoted and later arrested on charges of creating false evidence. Another key detective, Inspector Nishantha Silva, fled the country the day after Gotabaya Rajapaksa was elected president; he is believed to be in Switzerland.

The Rajapaksa brothers are not the only politicians guilty of Intimidating journalists. Successive governments since the early 1970s targeted media people and practiced various forms of censorship, including shutting down printing presses and requiring pre-publication approval of articles. In some cases government officials even limited the availability of newsprint. Press repression in Sri Lanka is a matter of degree, not of kind.

Arjuna Ranawana is managing editor of EconomyNext, an economic, financial and political news service with a primary focus on Sri Lanka.
arjuna.ranawana@outlook.com