The China-Pakistan Economic Corridor (CPEC) is a huge infrastructure programme. Some $ 51 billion of Chinese funding have been pledged for improving Pakistani highways, rail links, power grid et cetera. The idea is to boost business opportunities, but there is reason to doubt the CPEC will lead to the masses of new jobs that Pakistan needs. 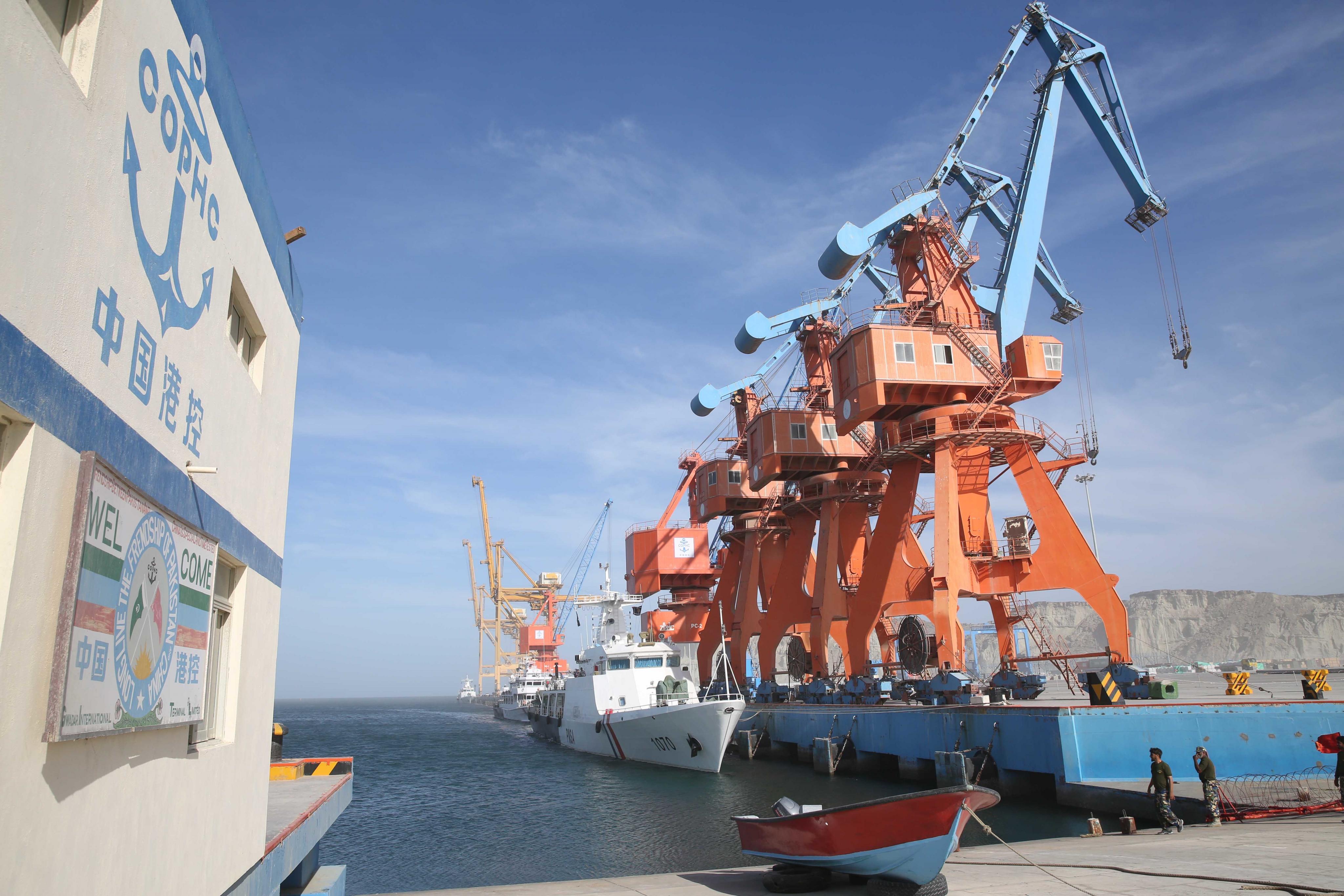 picture-alliance/photoshot The deep-sea port at Gwadar on the Arabian Sea is part of the China-Pakistan Economic Corridor.

Big business in Pakistan is visibly uncomfortable with CPEC. No one contests that CPEC projects will ease logistic and energy bottlenecks, but the business community fears that it will not be able to cope with increased Chinese competition. Chinese industries might erode whatever little is left of Pakistan’s manufacturing base.

One disgruntled tycoon, who does not wish to be identified, warns that a “mindless liberalisation policy led to an influx of cheap imports that sent many local businesses packing over the past three decades”.  Not only high-tech goods like mobile phones are brought in from China. So is everything from needles, to prayer mats, toys and even chicken meat. The tycoon points out that even local brands like Service Shoes are sourcing supplies from China.

Most economists agree that Pakistan needs better infrastructure. In the past, cash-strapped government agencies were unable to fund major projects. Other issues, however, hurt the business climate as well, in particular the tough security situation.

Growth in large scale manufacturing has been slow in recent years. Capital has been flowing towards the short-term options of capital markets and real estate.  The share of manufacturing in GDP that employs unskilled labour has shrunk. This is a devastating trend, as the country has masses of unemployed youngsters. To reduce poverty, jobs are needed.

Seeing little scope for investments in manufacturing at home, many private-sector managers took interest in investing abroad, and some of them lost a lot of money when Dubai’s real estate bubble burst. At the same time, Pakistan hardly attracted any foreign direct investments. As a general rule, foreigners will not invest if they do not see domestic companies doing so.

The CPEC is considered to be beneficial because it is facilitating infrastructure  that the country desperately needs. The big question, however, is whether Pakistan’s industries will be able to take advantage of opportunities it will offer.

The government expresses optimism. Nadeem Jawaid of the Planning Commission of Pakistan says: “We are great champions of market economy.” He considers the private sector to be “the key driver of growth” and expects the “business community to remove their reservations”. In his eyes, such reservations are often “based on misconceptions peddled by vested interests”.  He does not name names, but many Pakistanis would read “vested interests” to stand for the USA and India. The governments of both countries are wary of closer ties between Pakistan and China.

Independent observers take a more nuanced stance. The Pakistan Business Council is a think tank of the corporate sector. It has aired concerns over the influx of Chinese experts and possibly even labour in some CPEC projects. Such a trend would undermine the potential for employing  Pakistanis. The  Business Council demands more transparency with regard to CPEC projects.

The most important question, however, is whether the CPEC will drive long-term employment. It is worrisome that Pakistan does not have a convincing industrial policy. The government has failed to detect and promote niches for businesses to start exporting value-added goods. Bangladesh and Vietnam have done a far better job. Current trends suggest that Pakistan is becoming a country that merely exports commodities and imports manufactures.

The implication is that masses will be stuck in poverty, and discontent will further undermine political stability. The CPEC is unlikely to deliver major competitive advantages, moreover, since China is investing in other Asian countries’ infrastructure as well.

For good reason, many western observers worry about labour conditions in Bangladesh and Vietnam. It is true that workers’ lot is mostly tough in both countries. It is even worse, however, to find no employment at all – as is the fate of many poor Pakistanis.