To the benefit of the starving, hungry might be given less

Russia’s attack on Ukraine will have considerable impacts on global food security. The two countries account for about 30% of international cereal exports. Reduced supply may mean famine for millions of people. 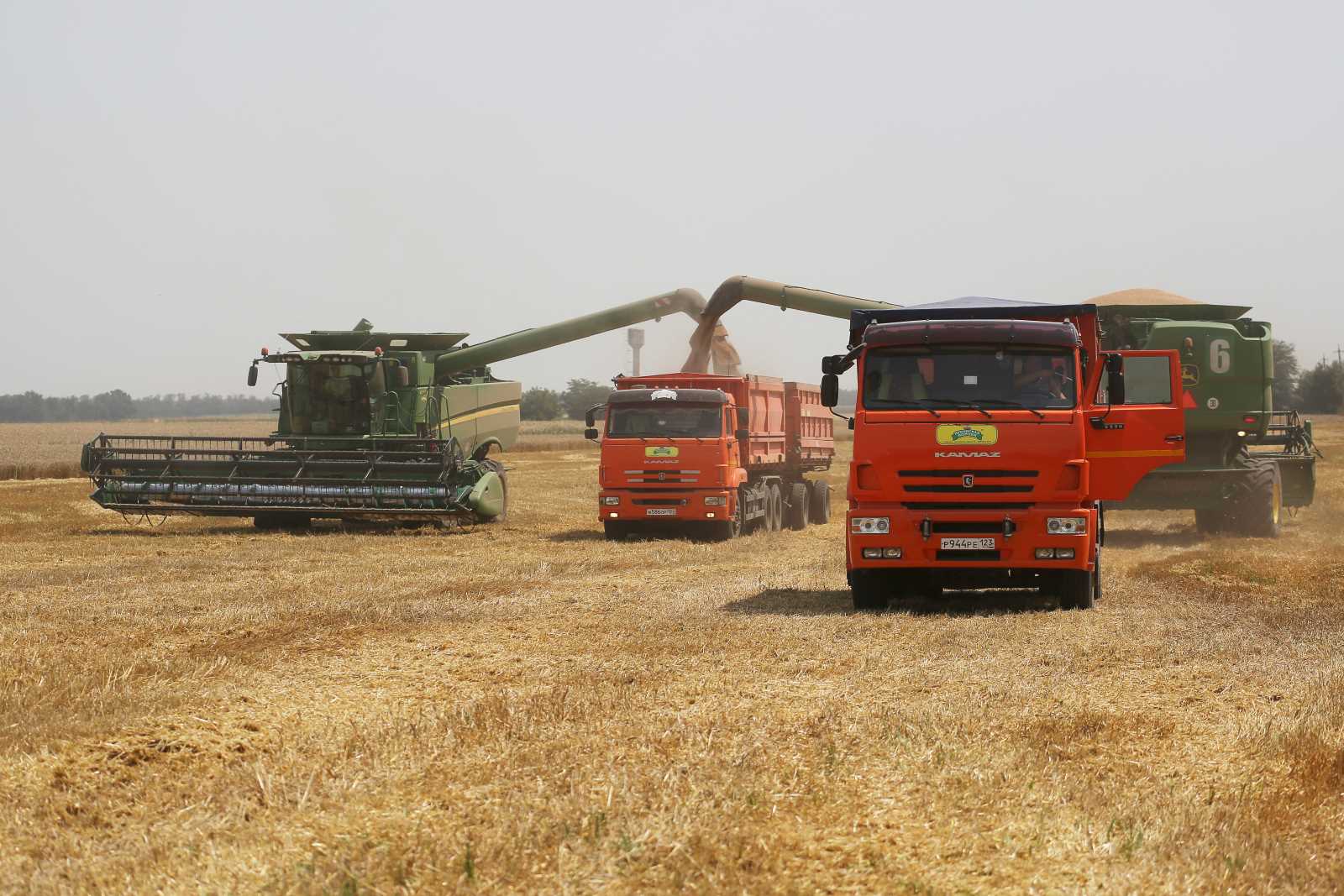 In normal times, Ukrainian farmers spend the first two weeks in March working hard to ensure a good harvest later in the year. This time, many did not fertilise fields. Instead, they were fighting to protect their country or had fled. Apart from Ukrainians, millions of people around the world will thus suffer an impact of the war.

Ukraine has basically stopped exporting wheat. The ports are no longer operational, and many companies have closed down. Russian grain exports, moreover, have also been reduced considerably, though food is excluded from the sanctions that were imposed on Russia in March. However, professional observers report that international traders have voluntarily discontinued their Russia business. Compounding matters, Russia has declared it will stop grain exports. Global wheat prices have thus increased fast, from a comparatively high base.

To some extent, higher energy costs are driving that trend too, says Christine Chemnitz, an agriculture analyst who works for the Heinrich-Böll-Foundation, which is close to Germany’s Green party. Other relevant issues include uncertainty about future harvests and more expensive insurance premiums for freight ships navigating the Black Sea.

Chemnitz says that the speculation on commodity exchanges so far has not had a major impact, while Chinese imports have made a difference. The People’s Republic has been buying huge volumes for a while, and started importing wheat from Russia on 24 February, according to the news agency AP. That was the very day Russian troops invaded Ukraine. Christof Buchholz, the executive of an umbrella organisation of cereal traders in Hamburg, states that global trade patterns are changing  dramatically. Some observers believe that China may be storing cereals for geostrategic purposes.

Martin Rentsch of the World Food Programme (WFP) warns that some countries will be unable to cope with higher prices and thus face serious consequences. He points out, for example, that wheat is the second most important staple food in Kenya, where local producers only supply about ten percent of what consumers buy. The scenario is similar in other African and Asian countries. According to the UN Food and Agriculture Organization (FAO), up to an additional 13 million people may now suffer hunger.

In the medium term, higher prices will affect the WFP, which provides food to people in crisis regions around the world. Its stores are currently full, Rentsch says, but higher prices mean the agency will not be able to buy as much as planned in the future unless its funding is  increased. The tough choice will then be to either serve fewer people in humanitarian need or to reduce individual portions. The worst scenario would be having to cut hungry persons’ rations in order to save others from starvation.

At this point, it is impossible to assess what global supply will look like in coming months. Open questions include to what extent Ukrainian farmers can sow wheat now and harvest in the summer. Adding to the problems, grain production in the EU depends on fertiliser imports from Russia. On the other hand, Russia needs components for agricultural machinery from EU countries, but sanctions forbid those exports, as Chemnitz argues.

Observers say that it will be impossible to compensate missing grain shipments from Ukraine and Russia in the short and medium term. Though Australia’s current harvest looks promising, it will not suffice says Buchholz. The EU could use fallow fields for wheat production, but the Heinrich-Böll-Foundation reckons that this would not have a strong impact on world-market prices.

In the current setting, experts most important demand is that governments must not limit grain exports in the hope of shielding themselves. The likely impact would be even faster price increases, according to FAO economist Monica Tothova. To ease short-term stress, experts want particularly vulnerable countries to get the financial support they need to keep procuring staple food on the world market.

Claudia Isabel Ritttel is a journalist and staff member of Frankfurter Rundschau, a daily newspaper.
info@claudia-isabel-rittel.de