There is a reason why populist governments around the world depend on systematical disinformation. Germany’s Nazis did so too.

is the pseudonym of a Brazilian Journalist who contributed to D+C/E+Z in summer of 2020. He wrote this story before being told by his employer that, in these politically troubled times, he may no longer publish opinion pieces. 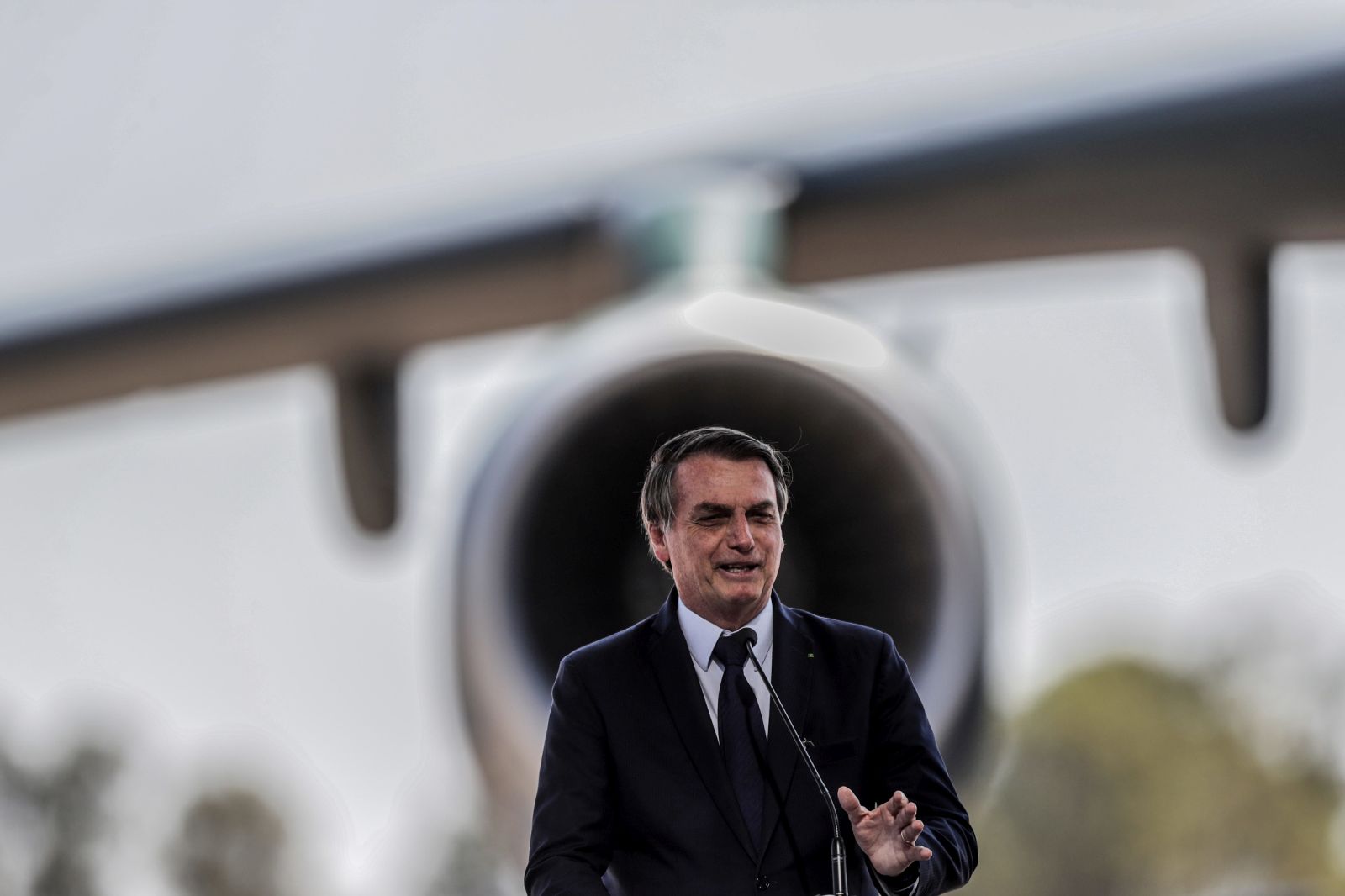 Bila/picture-alliance/ESTADAO CONTEUDO Distorted ideas of national greatness: Bolsonaro speaking on the occasion of an aircraft delivery to the military in September 2019.

As Peter Pomerantsev has argued about Russian President Vladimir Putin, populist leaders want people to feel that “nothing is true and everything is possible” (see Hans Dembowski in Tribune section of D+C/E+Z e-paper 2018/06). President Jair Bolsonaro of Brazil similarly depends on disinformation. Depressingly, top leaders of many countries do so, including, for example, Rodrigo Duterte in the Philippines, Narendra Modi in India, Viktor Orbán in Hungary, Boris Johnson in Britain, Donald Trump in the USA and Iván Duque Márquez in Colombia. Other governments also cheat occasionally, but politicians with authoritarian leanings and a tendency to focus on a vague idea of national greatness need to lie systematically. They thrive on hounding scapegoats – communists, immigrants and minorities but also “the elite” or independent media. Leaders like Bolsonaro pretend to be fighting for “the” people, which they suggest is a homogenous entity.

In reality, they serve powerful special interests. In contrast to what the president says, Brazil’s forest fires do not help indigenous communities. They please the lobbies of ranchers and plantation owners. The president’s aggressive rhetoric against supposed enemies serves to distract from actual policy impacts.

Like other populists, Bolsonaro and his team want to destroy or at least discredit fact-based truth. He casts doubt on both independent science and independent journalism, pretending that they only provide a selection of many different alternative perceptions of reality, and that they are at odds with “the” people’s “real” interests. To reinforce that message, automated computer programmes and paid people keep reiterating the same untruths on social media. They follow the example of Joseph Goebbels, who was Nazi Germany’s propaganda minister. He declared that “a lie repeated a thousand times becomes true”.

Bolsonaro’s vicious propaganda is two-pronged. It tirelessly repeats the lies that it wants to be believed and it fiercely attacks the reputation of anyone who dares prove those lies wrong.