Lagos is the commercial centre of Nigeria. Once known mostly for crime and dysfunction, the agglomeration’s international reputation has recently been improving considerably. Better governance is making a difference.

last contributed to D+C/E+Z in spring 2017 as urban activist and director of Lagos Urban Network, a non-governmental organisation. 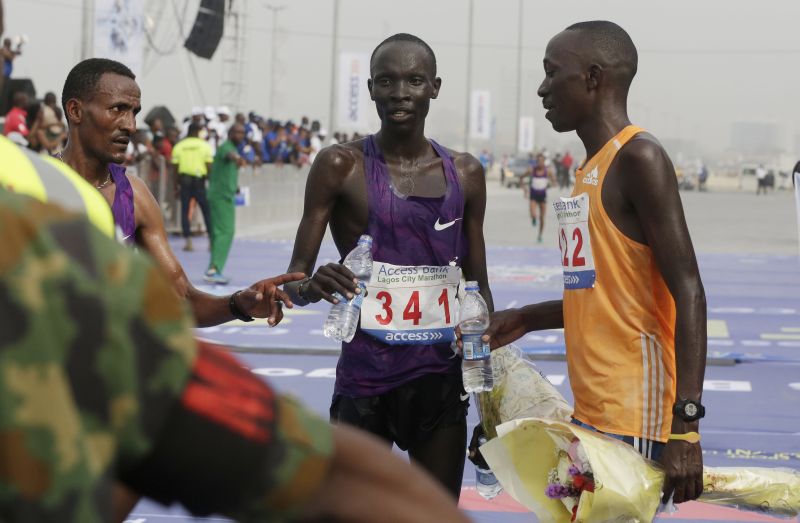 Lagos State is a booming urban agglomeration with over 21 million people. It has 37 municipal authorities, including the city of Lagos. Since the baton passed on from the previous Governor Babatunde Raji Fashola to the present Governor Akinwunmi Ambode in May 2015, Lagos has experienced many changes. Most of them are positive.

Before Ambode took office, he seemed to be the weaker candidate. He was criticised for only speaking when he had a scripted or prepared speech, and the previous governors seemed more charismatic. Gbadamosi Bakari wrote in the Guardian, a Nigerian newspaper: “Mr Ambode struggles – manfully – but struggles none-the-less, to articulate or even grasp the issues pertinent to the further development of the state he professes to come from and wants to govern.” The assessment of other journalists was hardly kinder.

Nonetheless, Ambode won the election and became the governor of Lagos State. Many argue that this was due to the very popular party he belongs. His predecessor was from the same party, which is now in power at the federal level too.

Ambode certainly benefits from the previous administration’s adoption of a state-wide plan for urbanisation. To keep Lagos moving, however, he has to make competent decisions and implement the plan. So far he has done that well. From day one, Ambode’s administration has focused on “all inclusive governance”. According to the governor, this term means that no one and no segment of society must be left behind, “irrespective of colour, race, faith, status, ability or disability”. Moreover, the governor wants the people to be actively involved in decision-making.

For this purpose, he established a new Office of Civic Engagement. Other agencies of the state government have been streamlined to better serve the needs of Lagosians. At the same time, administrative costs have been reduced.

In the past, local governments tended to be weak and ineffective in Nigeria. They lacked knowledge, skills and funds. This is changing. Lagos State is empowering municipal governments to carry out infrastructure development within their jurisdictions. For example, they now play a vital role in improving the agglomeration’s traffic situation (see box).

Security is another top concern. A campaign called “Light up Lagos” has been launched. The idea is to illuminate all major highways and areas of commercial activity all night long. So far, some 20 areas have been lit up, improving safety and resident’s livelihoods.

Food production has not been overlooked. A huge metropolis needs food security, especially as food prices are currently rising fast. Ambode’s administration has signed a deal with the government of Kebbi State in north-western Nigeria to safeguard the provision of affordable rice.

Tourism, sports and culture have only recently been recognised for their economic impact. Related activities are now high on the agenda. One example was the Lagos City Marathon in February. It attracted both international and local long-distance runners. Most Nigerians wanted a Nigerian to win, but Abraham Kipton from Kenya came in first. Spanish football giants Barcelona visited Lagos to help establish a football academy. They were hosted by the governor.

Nigeria is currently struggling with a severe economic downturn. For many people, life in Lagos is improving nonetheless. Ambode is moving the state forward without ruffling too many feathers. He deserves more appreciation that he is getting so far.

The legacy of his predecessor, Babatunde Raji Fashola, is positive too. However, he irritated many disadvantaged people because his idea of fighting poverty was often to fight the poor themselves. He wanted to improve the agglomeration’s outward appearance and tried to remove, ban and destroy all signs of poverty. His approach was absurd in an urban environment where three quarters of all residents live in areas that still lack basic amenities.

It is a breath of fresh air that Ambode acknowledges the majority of resident’s in Lagos and is aiming for more inclusive governance. The governor is not perfect, of course. He has recently put together a new task force with the job of cleaning up parts of Lagos, and they have so far done more damage than good, harassing marginalised people. Moreover, an initiative taken by the state government to prohibit hawking on the agglomeration’s roads may make sense in making traffic flow, but it has hurt the disadvantaged community of those who depend on peddling goods on the streets. Whether the state government’s track record stays as good as it currently looks remains to be seen.

Olamide Udo-Udoma is an urban activist and director of Future Lagos, a non-governmental organisation.
olamide@futurecapetown.com