In 1992, the High Court in Kolkata (then Calcutta) ruled that a huge wetlands area on the city’s eastern fringes must be protected from urbanisation. This judgement was a triumph for the non-governmental organisation PUBLIC (People United for Better Living in Calcutta). It had taken the state government to court because it did not stop real-estate developers from encroaching on the environmentally fragile area. 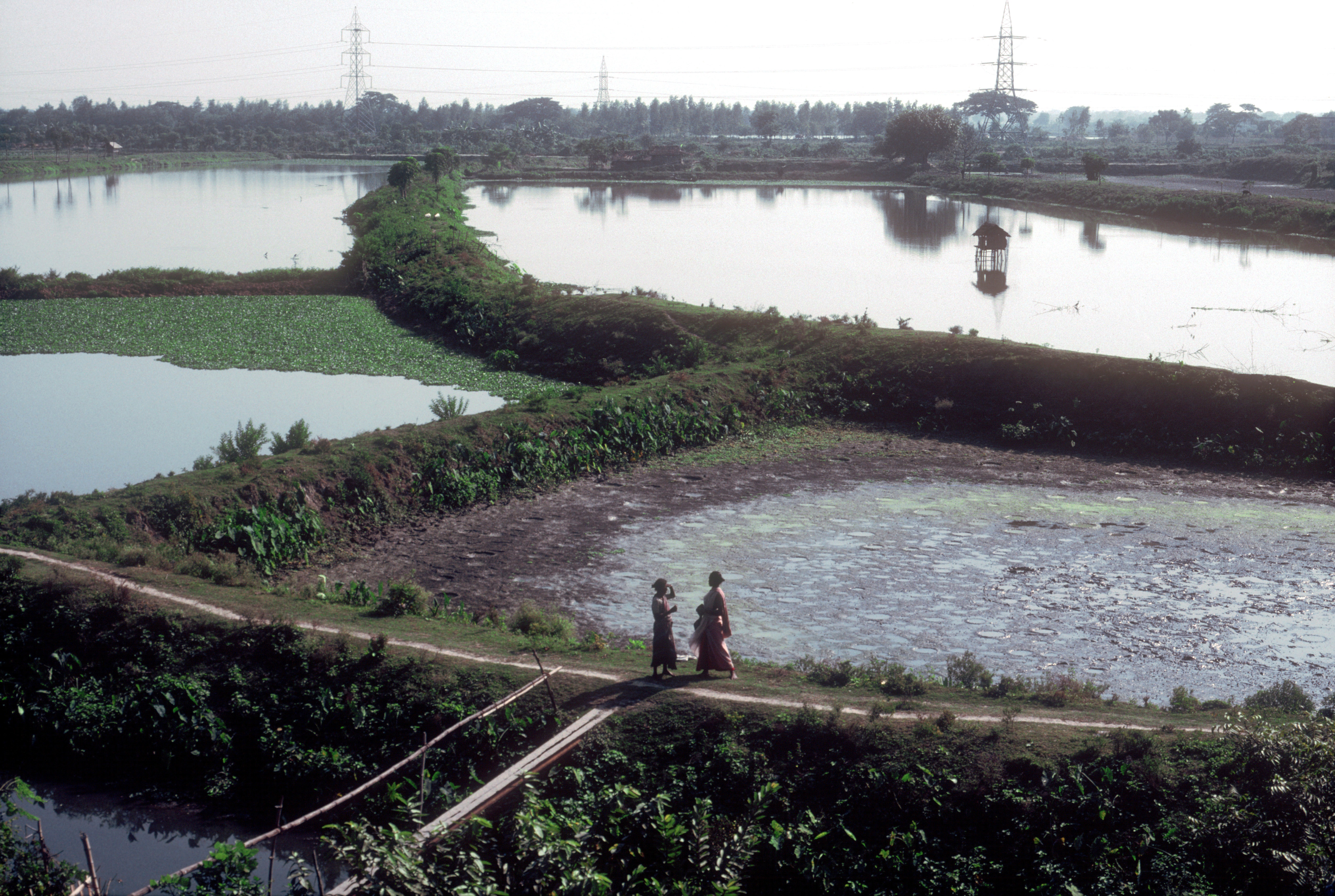 Nectoy / Lineair Without judicial interventions, the wetlands would be gone.

The protected area of the East Kolkata Wetlands is huge. It has almost the same size as the city itself. Would they still exist without various High Court interventions?

No, most of the water bodies would have been reclaimed and become part of the city by now. The Court passed several landmark judgments in favour of protecting wetlands, not only in regard to East Kolkata, by the way. It is obvious that the judges understand and appreciate the value of the wetlands.

Why are the wetlands valuable?

They serve many environmental functions, and they provide livelihoods to many people. Wetlands are natural spill basins in times of flooding, and they recharge the ground water. They are the habitat of many species. Fish are of particular economic relevance, but many other species depend on wetlands too. In rural areas, these things are appreciated. The village communities know that they depend on the water bodies for drinking, fishing, washing and irrigation, so they protect them. Things are different in urban and periurban settings where the wetlands are soft targets because of the great demand for land.

The laws and government policy in West Bengal, the Indian state of which Kolkata is the capital, protect wetlands. Why are Court interventions necessary?

It is true, our legislation makes sense, and so do most policy statements, for instance those of the Kolkata Metropolitan Development Authority. The East Kolkata Wetlands have even been registered by the state government as a Ramsar Site. Ramsar Sites are wetlands of international importance that are protected according to the multilateral Ramsar Convention. The problem is that enforcement and implementation are poor. The state government and its agencies seem to have other priorities. They do not take a pro-active stance, and they do not care when private real-estate promoters reclaim wetlands. They hardly ever intervene on their own.

Does the judiciary have the power to discipline government agencies?

Well, it gives civil-society activists the power to challenge wrong-doing. Unless non-governmental organisations pay attention and make the judges aware of such activities, the real-estate promoters can pretty much do what they want. One problem, however, is that the kind of urbanisation they promote is destructive. For instance, these areas are particularly prone to severe Monsoon flooding, which is no surprise because they really are the natural spill basins. Moreover, the East Kolkata Wetlands are the location of huge recycling schemes that process organic waste and organically contaminated waste water. Fish production in the sewage fed wetlands has been estimated to be double when compared with the non-sewage fed fisheries. Fields irrigated with this water similarly tend to be more productive.

When I wrote my book on environmental litigation in Kolkata 15 years ago, I found that the non-governmental organisations that took the state to court had to make tremendous efforts –  researching all the information, paying lawyers, spending days in court. Has public interest litigation become less burdensome?

No, what you say still largely stands. Unfortunately, the environmental movement is not strong. It is mostly made up of small non-governmental organisations. They do not have paid staff. They are made up of professional people who are activists at the cost of their own time. There are several universities and good research institutes in Kolkata, and while they do provide some information, they do not support the NGOs in a more systematic way. Taking the state to court remains a cumbersome and long-term effort.

And it is not enough to win a case – the NGOs must then make sure the court orders are enforced.

Yes, that is true. Only recently, my organisation, ENDEV, was part of an NGO coalition that turned to the High Court because wetland conversion going on in the protected area of East Kolkata. A pond called Collector’s Bheri had been totally drained and was being walled up. We had to persuade the East Kolkata Weltand authorities and make the media aware about what is happening for over two months’ period and then the system of governance worked. The wall was broken down and the land has been left to be turned into water body with Monsoon rain. But to date, no effort has been made to find the persons who violated the court order.

Why does a court order make a difference?

Contempt of court is a criminal offence, and when the High Court decides that its orders have not been obeyed it can punish perpetrators, so when the High Court insists that something must stop, it does stop. The NGOs have to keep up the pressure however. In yet another case in Dankuni near Kolkata, it is the NGOs who brought it to the notice of the Division Bench of the High Court that their order has not been followed by the government. Only with the strictures of the High Court, action was taken.

What has changed in the past decades?

The media coverage has improved. Journalists take more interest in these issues than they did in the 1980s. That is helpful. On the other hand, the High Court no longer has a Green Bench that deals with environmental matters. Instead, there now is a National Green Tribunal, which was established in 2010. It is supposed to be a special fast-track court for environmental matters, and it has a Zonal Bench in Kolkata with jurisdiction over several north-eastern and eastern states of India. Unfortunately, NGOs have found it to be rather uneffective. To have an impact on what is happening on the ground, it is best to turn to a High Court division bench composed of Chief Justice Arun Mishra and Justice Jaymalya Bagchi. They recently ruled in favour of saving Collector’s Bheri.