Job creation is important but not sufficient. For a life in freedom, equity, security and dignity, decent work is crucial. Zambia is an example for both achievements and deficits in this area.

contributed to D+C/E+Z in winter 2014/2015 as research fellow at the Zambia Institute of Policy Analysis and Research (ZIPAR).

contributed to D+C/E+Z in winter 2014/2015 as a doctoral student in Economics at the University of Göttingen and a research fellow at the German Institute of Global and Area Studies (GIGA). 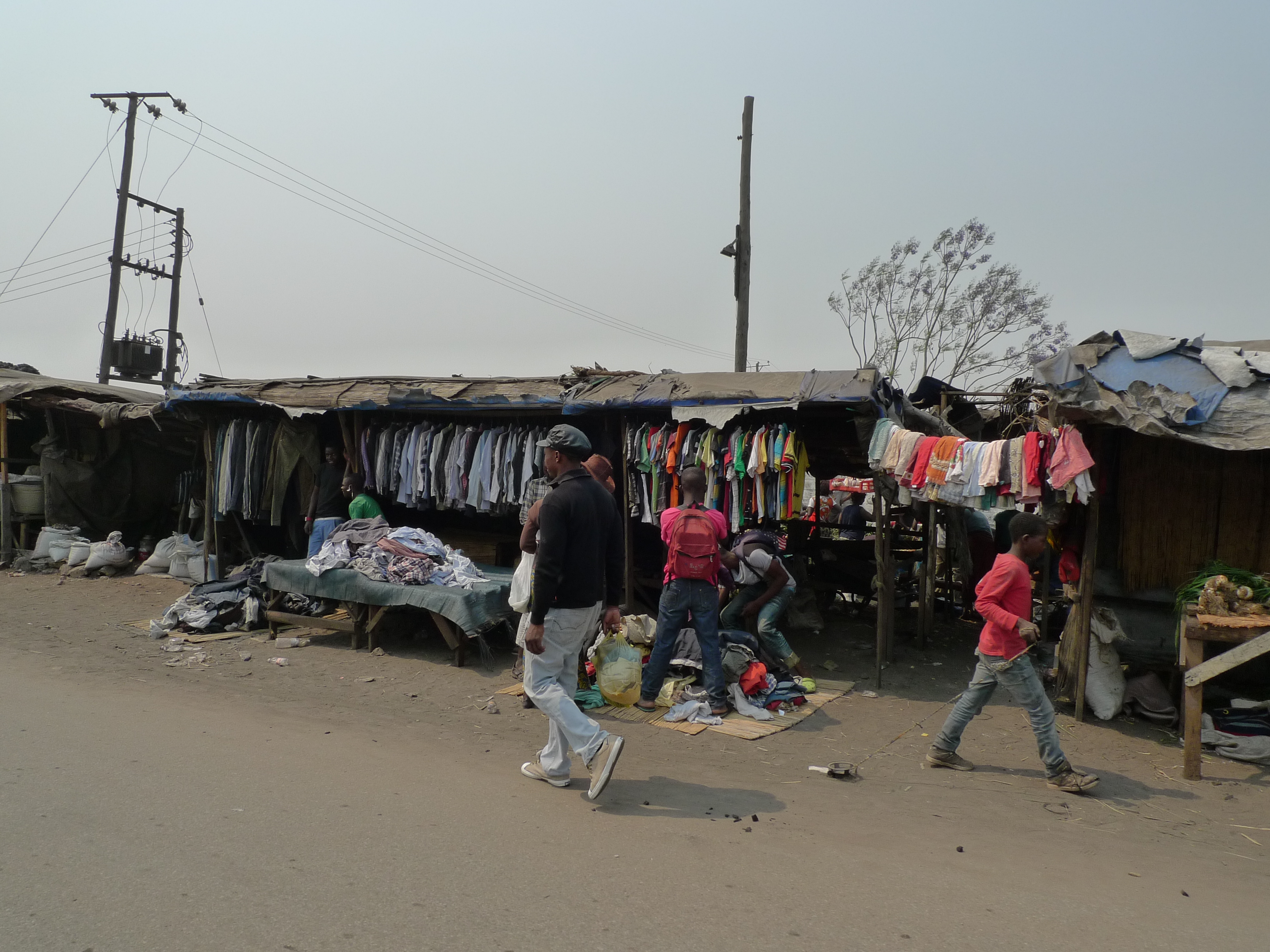 Unemployment is on the rise. According to the International Labour Organisation (ILO), almost 202 million people worldwide were unemployed in 2013, and this number is projected to further increase over the next years. Young people are particularly affected: they account for more than a third of the global unemployed.

However, merely creating jobs will not be enough. The social unrest that triggered the Arab Spring was fuelled by a lack of promising outlooks, especially amongst the youth. People do not only want to work, they want to work in a financially rewarding and personally fulfilling manner. The Egyptian uprising showed impressively that the quality of existing and new jobs matters. Accordingly, the quantity and the quality of employment should be treated as equal priorities. Doing so is relevant, for instance for defining the Sustainable Development Goals (SDGs) that will replace the Millennium Development Goals (MDGs) after 2015.

Assessing the quality of employment is not easy however. One term often used in this context is “decent work”. Decent work as a concept was jointly defined by governments, employers and workers in 1999. It is based on the recognition of the multi-dimensional impact of employment on workers’ lives in regard to the standard of life, personal fulfilment and social cohesion. As the ILO states, work is “a source of personal dignity, family stability [and] peace in the community”.

The term “decent work” thus sums up the aspirations of people in their working lives. It is about providing opportunities to women and men to work productively in conditions of freedom, equity, security and dignity.

Such conditions are complex and thus difficult to measure. Therefore, it is quite a challenge to incorporate decent work in employment agendas at national and international levels in ways that allow for adequate monitoring and evaluation.

This is probably one of the reasons why aspects of decent employment did not get much attention in the MDG context. Only MDG target 1. B explicitly mentions decent work. It reads: “Achieve full and productive employment and decent work for all, including women and young people.” But the only indicator that provides some, albeit unsatisfactory information on its achievement is the working poor’s share of total employment. Another potentially relevant indicator is the rate of vulnerable employment. It is somewhat ambiguous, though: it counts, by definition, all self-employed persons as “vulnerable” in spite of empirical evidence that some people in this category have found profitable livelihoods. The MDGs’ other employment-related indicators do not address decency of work.

It is to be hoped that the SDGs will pay more attention to decent work. Thanks to an emerging international consensus, the related issues have risen on the development agenda.

In Zambia, the ILO initiated a series of discussions involving the government, industry associations and trade unions in 2005. The result was the country’s first DWCP for the period from 2007 to 2011. Currently, the country is pursuing its second DWCP. It was launched in 2013 and will expire in 2016. For this programme, the Zambian Tripartite Consultative Labour Council identified four priorities:

The selection of target groups followed an ILO’s identification of vulnerable groups. They include youths, women, migrant workers as well as HIV-positive and disabled people.

Nonetheless, the country still faces many deficits in regard to the decency of work. The formal sector in Zambia has made some progress in adopting decent-work criteria. For instance, the number of em­ployees working more than the stipulated 48 hours per week declined from 23.2 to 9.2 % from 2005 to 2008, according to the ILO. More­over, legislation was passed to protect workers’ rights. One example is the Employment Act that restricts employers’ rights to fire staff, shields workers from unilateral changes to terms and conditions and prohibits dismissal because of pregnancy. The Employment Act introduced maternity leave and other benefits.

Other regulations prohibit unfair dismissal of employees due to their background, status or disabilities. Furthermore, employees of many formal-sector busi­nesses are entitled to social benefits such as pensions, injury beneﬁts or health care. However, only a small fraction of formal-sector workers enjoy this kind of social safety net. The labour statistics indicate that, between 2008 and 2012, only 5.1 % of formal-sector jobs met the decent-work criteria. The total number was a mere 28,000.

Areas of concern include an increasing prevalence of poor working conditions in various sectors of the economy, a phenomenon commonly referred to as “casualisation”. Some employers engage workers as casual or temporary employees long term, thus shirking the legal social-protection responsibilities that go along with permanent employment. In the formal sector, more than a quarter of workers are informally employed as casual workers, according to official statistics. This is especially common in the mining and tourism sectors.

Things are even worse in the informal sector which accounts for almost 85 % of employment in Zambia. Incomes tend to be low, inconsistent and unpredictable. Many people are self-employed. Some of them rely on contributing family members, whose work and income situation tends to be even worse. Workers that are hired by these informal businesses are equally bad off.

According to a nationally representative Labour Force Survey that was conducted in 2012, 70 % of the informal sector’s self-employed people earned less than the minimum wages that apply to the industries they operate in. At the time, official minimum wages in Zambia ranged from 700,000 to 1,653,938 Zambian Kwacha ($ 131 to $ 310) per month.

Workers in the informal sector generally have neither social protection nor a public voice through trade unions and similar organisations. The informal sector workers also make up the highest proportion of workers who are  underemployed.

An enormous task lies ahead for the Zambian government as it embarks on the formalisation of the informal economy and the creation of more decent job opportunities. In 2012, the government adopted a Strategy Paper on Industrialisation and Job Creation that aims to create one million jobs by 2016, but the country is falling far short of those targets. The government needs to accelerate decent-job creation by implementing more focused labour-market strategies.

Measures should include improving the macroeconomic framework, eliminating regulatory and supply-side constraints in labour-intensive industries and stepping up skills training to meet the needs of industries. Microeconomic interventions should promote the emerging sector of micro businesses and small and medium enterprises that largely operate in the informal sector. The government, moreover, must align its decent-work policies with the SDG agenda to ensure that new jobs are not only decent, but also environmentally sustainable.

This approach is important for employment creation in Zambia, but also fundamental for dealing with unemployment at the global level. The onus is on the international community and the governments of individual countries to formulate a meaningful, achievable and conceptually valid SDG agenda. This agenda must include targets and indicators for decent work.

Gibson Masumbu is a research fellow at the Zambia Institute of Policy Analysis and Research (ZIPAR).
gmasumbu@zipar.org.zm

Martin Ostermeier is a doctoral student in Economics at the University of Göttingen and a research fellow at the German Institute of Global and Area Studies (GIGA).
martin.ostermeier@giga-hamburg.de

Kacana Sipangule is a doctoral candidate in Economics at the University of Göttingen, a research fellow at the Kiel Institute for World Economy and a research economist at the Poverty Reduction, Equity and Growth Network (PEGNet).
kacana.sipangule@ifw-kiel.de