Food production, biodiversity and climate protection depend on healthy soils, but this important resource is being eroded. Moreover, access to land is unequally distributed among users worldwide. 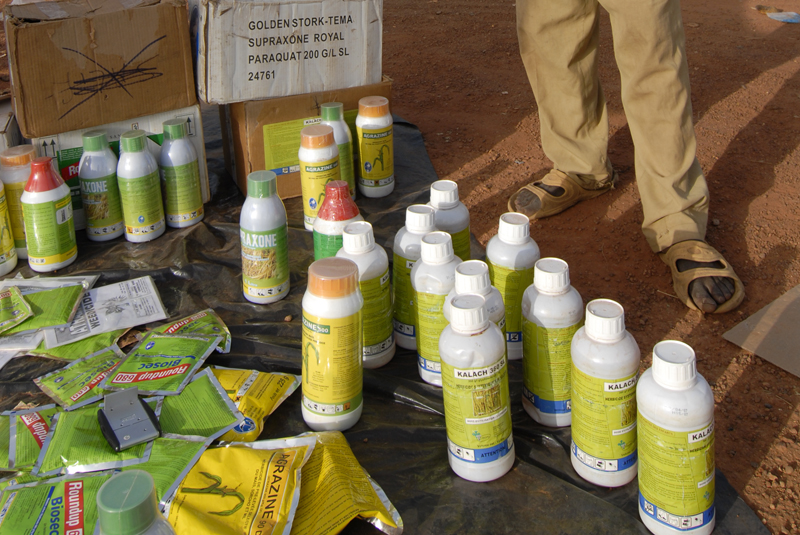 Soils are the basis of life. Without fertile land the loss of biodiversity cannot be stopped, global warming cannot be halted, and the right of every individual to adequate food cannot be fulfilled. Nevertheless, 24 billion tonnes of fertile soil are lost every year because of misuse, according to the Soil Atlas 2015.

The publishers – the Heinrich Böll Foundation and the Institute for Advanced Sustainability Studies (IASS) in Potsdam – call for fairer and more sustainable land policies and for more responsible con­sumer habits. “We are using the world’s soils as if they were inexhaustible, continually withdrawing from an account, but never paying in,” the introduction of the most recent edition states.

Soils are of vital importance not only for food production. They also filter rainwater, thus providing clean drinking water, and contribute to regulating the climate. The earth’s ground is the world’s largest carbon sink: it stores more carbon than all the world’s forests put together.

The Soil Atlas identifies various reasons for the increasing loss of land and soils. Cities and roads are spreading, heavy agricultural machinery compacts the ground, and pesticides and ferti­lisers decimate soil organisms. In addition, there is wind and water erosion.

Unfair distribution of land worldwide compounds the problems. According to the study, the average European annually relies on land use amounting to 1.3 hectares that are needed to produce all of the food and other products he or she consumes. That is six times more than is available to Bangla­deshis on average. “Given the critical food situation in many countries, this flies in the face of justice and is also ecologically unten­able,” says Barbara Unmüssig, the president of the Heinrich Böll Foundation. Klaus Töpfer, the executive director of the IASS, points out that Germany’s dependence on intensive land use beyond its borders has an adverse effect on global ecosystems. “That’s why we must use the new UN Sustainable Development Goals to improve soil protection in Germany.”

Bulk commodities are shipped from where they are grown to the rich countries where they are processed and consumed. Land shortages are thus outsourced today: land has become another flexible factor of production. According to the Soil Atlas, almost 60 % of the land area that serves European demand lies outside the EU. “Most of that land contributes to our intensive meat industry, for which we import huge quantities of feed from countries in the Global South. As a result, small farmers and medium-sized operations are increasingly losing their land and thus the basis for their livelihoods and food secu­rity,” says Unmüssig.

The demand of food, fodder and biofuels is growing everywhere, and the value of land is rising accordingly. Various user groups compete with each other. The Soil Atlas quotes Klaus Deininger, a World Bank economist, with the statement that land grabbing affects between 10 and 30 % of the arable land worldwide. This phenomenon has a wide range of political implications. Examples include Kenya, where disputes over land between the members of different tribes contributed to the bloody post-election riots of 2007/2008, and Madagascar, where the government tried to sell 1.3 million hectares of arable land to Daewoo, a South Korean conglomerate. The resulting unrest led to a coup in 2009.

The authors of the study identify three trends that dominate how we use land today:

Development policymakers should focus more on this issue, as the Soil Atlas points out. 2015 could mark the beginning: It is the International Year of Soils.