October will mark the second anniversary of the death of Filipino activist Elisa Tulid, murdered because she campaigned for land rights and stood up to powerful landlords. Redistributing millions of hectares of farmland in the Philippines holds massive potential for conflict.

contributed to D+C/E+Z in summer 2015. She was a weltwärts volunteer in the Philippines as human rights observer last year. She worked for IPON, the International Peace Observers Network. Weltwärts is coordinated by Engagement Global on behalf of the Federal Ministry for Economic Cooperation and Development (BMZ). 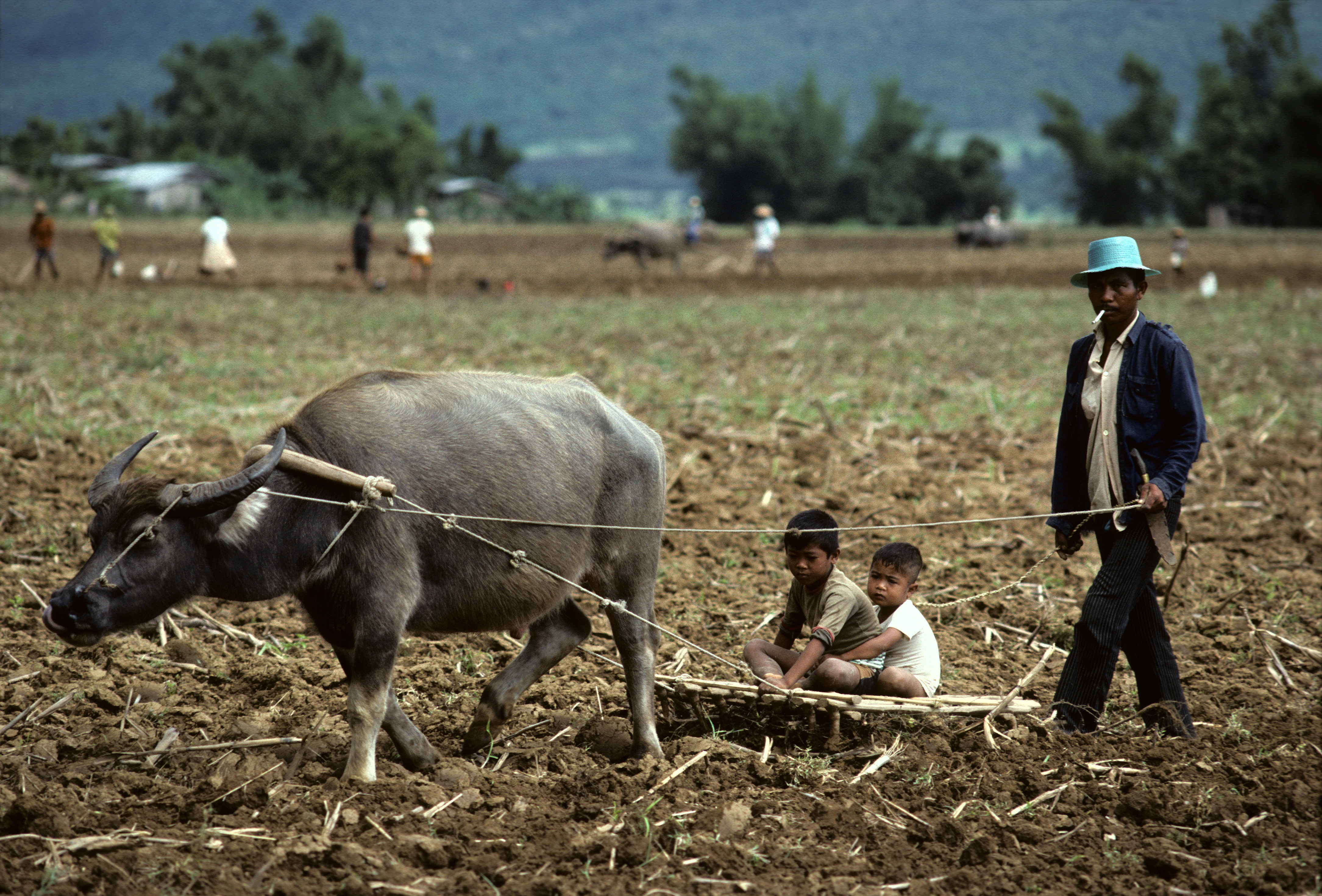 Elisa Tulid’s home was in Tala, a small village in the Bondoc Peninsula some 300 kilometres southeast of the capital Manila. The area is one of the poorest in the Philippines; most of the people make a living from farming and fishing. A great deal of the agricultural land is owned by a small number of families. The farmers generally work directly for the landowner. Hardly any land in the Bondoc Peninsula is owned  by smallholders.

The Comprehensive Agrarian Reform Program (CARP) was supposed to change the pattern of ownership. In the late 1980s, the Philippine government under President Corazon C. Aquino, the mother of current  President Benigno “Noynoy” Aquino III, resolved to sweep away the existing feudal structures and create a sounder economic basis for a vast number of small farmers, many of whom depended on landlord patrons. Under the CARP, all landholdings exceeding five hectares would be transferred to landless farmers. The previous owners would be compensated.

The CARP was Corazon C. Aquino’s attempt to reduce poverty in the countryside and increase agricultural productivity. Originally set to run for ten years, the programme was subsequently extended because its implementation encountered difficulties and resistance in many places.

One of those places was Tala, where coconut farmer Elisa Tulid lived and worked. Her family, along with others, had farmed the land of a local large-scale landowner for generations. Elisa Tulid, however, approached the relevant CARP authorities and requested information about the status of the parcels of land she farmed. She was told that the landowner to whom she and her neighbours were handing over a share of their harvest did not hold a valid title to the land. On the basis of that information, she stopped handing over a share of the coconut harvest to the landowner – who responded by subjecting her and her family to threats and fabricated legal charges.

Other farmers, who followed her example or, like Elisa Tulid, engaged in advocacy work for the implementation of the CARP, also reported being threatened, harassed with trumped-up charges and even shot at. In one case, the local police searched the homes of farmers and land-rights activists in a fruitless series of raids which the persons affected perceived as a unjustified retaliation for political activism.

The situation in Bondoc culminated in Elisa Tulid’s murder. She was shot when she was on her way home with her husband and daughter. The alleged killer was apprehended and remanded in custody. He is thought to be close to the landlord and had already been involved in a number of confrontations with the Tulid family over the unresolved land issue. The murder trial opened in February this year.

But even almost two years after the activist’s death, the question of local land ownership has still not been settled and thus the area remains prone to conflict. The Department of Agrarian Reform (DAR), the agency created for the purpose of implementing the CARP, has passed the matter on to the Department of Environment and Natural Resources (DENR) because it claims the land in question is not commercially viable for agriculture and thus not covered by the CARP. The DAR regards the land as public land, which falls within the administrative authority of the DENR.

When consulting the DENR, Elisa Tulid was informed that the land she farmed was public land and not covered by the landlord’s legal title. However, she could not file for a land title of her own via the CARP, as Philippine authorities apply other rules and regulations for the allotment of public land.

At a later point, however, the DENR denied saying that the land in question was public. Another survey is yet to determine the status of the land once and for all. Because the landlord opposes this approach, the issue remains unresolved. Several meetings have taken place between the DAR, DENR and the farmers,  sometimes with the landlord present, but to no avail. The land dispute remains unresolved. The Bondoc case has even attracted the attention of the agencies’ headquarters in Manila – not least, because Bondoc continues to be an area prone to land-disputes between farmers and large-scale landowners.

Jansept Geronimo, spokesman for the Quezon Association for Rural Development and Democratization Services (QUARDDS), has been cooperating with farmers from Tala for a long time. He criticises the fact that the authorities have still not settled the ownership issue: “Since Elisa’s death, the farmers have still not received any land. Historically, land rights in the Philippines were made for the rich.” Geronimo believes the government has the responsibility to assist farmers asserting their right to land and to protect them. “Securing land rights is a fundamental prerequisite for the social development of rural areas,” he says, adding that the government has thus far been too weak to settle the land disputes so farmers continue to be exposed to violent assaults and threats.

What happened at Tala is not an isolated incident. Since the introduction of the agrarian reform programme, there have been confrontations between farmers and landowners across the country – some of them violent. The parties to the conflict often resort to suing each other. Some charges are legitimate, others fabricated and trumped-up – and they all place an immense burden on the courts.

In Bondoc, the  local court does not have the human resources needed to address every land conflict case within a reasonable time frame. Moreover, appeals against DAR decisions are possible. Accordingly, the court’s caseload is huge, and the reallocation of land can be delayed for years.

In this setting, farmers run considerable risks if they demand the land they are legally entitled to. They are likely to lose the landlord’s patronage, jeopardising a large part or even all of their income. Even if the redistribution of land is approved, its enforcement may require the presence of the police and military. In the past farmers who tried to enter their land after having received a title, were chased away by the former  landlord, sometimes by force of arms. Such incidents have caused many farmers to sell their titles back to the landlord. In those cases, no redistribution of land to the benefit of the landless was achieved.

Upon taking office in 2010, Noynoy Aquino promised to redistribute more than a million hectares of land. In December 2013, however, the Philippine Daily Inquirer reported that only around 400,000 hectares had changed hands. Today, 27 years after the introduction of the CARP, which was extended twice, around 2 million of the initially targeted 9 million hectares of land have not been redistributed.

Tiffany Jenkins was a weltwärts volunteer in the Philippines as human rights observer last year. She worked for IPON, the International Peace Observers Network. Weltwärts is coordinated by Engagement Global on behalf of the Federal Ministry for Economic Cooperation and Development (BMZ).
tila_jenkins@hotmail.com