Iten is a laid back, small town in the Rift Valley in western Kenya. It prides itself on being the “Home of Champions” as indicated on a massive signpost welcoming visitors into town. Iten is picturesque with an amazing landscape and scenery. It has a backdrop of luscious greenery, dozens of hills and gentle valleys. For a casual observer, it may pass as just any slow, small town. But the place is most significant for Kenyan runners: it is the breeding ground of most Kenyan elite athletes. 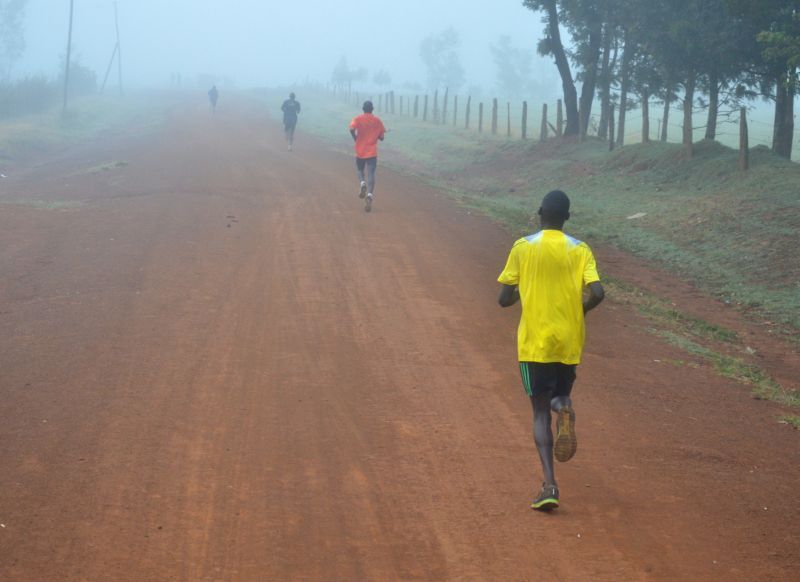 Hundreds of runners from all over the world attend the High Altitude Training Centre here. At over 7900 feet or 2400 metres above sea level, the air here carries considerably less oxygen than at sea level. The athlete’s body acclimates to this lack of oxygen by increasing the mass of red blood cells and its ability to take in oxygen. Altitude training can increase speed, strength and endurance.

Among the big names in athletics who have used the facility are Mo Farah, the Somalian-born British long-distance runner and gold medallist in the 5000 meter and 10,000 meter at the 2012 Olympics, and Paula Radcliffe, the English former world champion in the marathon, half marathon and cross country.

Both elite and novice Kenyan athletes train in the High Altitude Training Centre. Julius Kuto, an amateur athlete, traverses the hills and plains of Iten regularly. He hopes to win athletics gold some day and change his fortunes for the better. “I want to be remembered in road races. I hope that if I train well I can perform in races and get money to improve my livelihood,” Kuto says.

Timon Motosio is another aspiring athlete. He says: “Most of the athletes are motivated by their poor backgrounds. That is why they persevere in their training until they make it. Their target is to get money and support their families. However, there are also those athletes who are passionate in running and do it for that reason.”