They are a special group of refugees in need of special protection. They are from different countries of origin and had different reasons for leaving them. But they do have one thing in common: they are young, alone and vulnerable. Unaccompanied minors are children and teenagers up to the age of 18; they have been separated from both of their parents and they do not have the support of at least one adult with parental authority.

contributed to D+C/E+Z in spring 2018 as a journalist. She lives in Cologne. 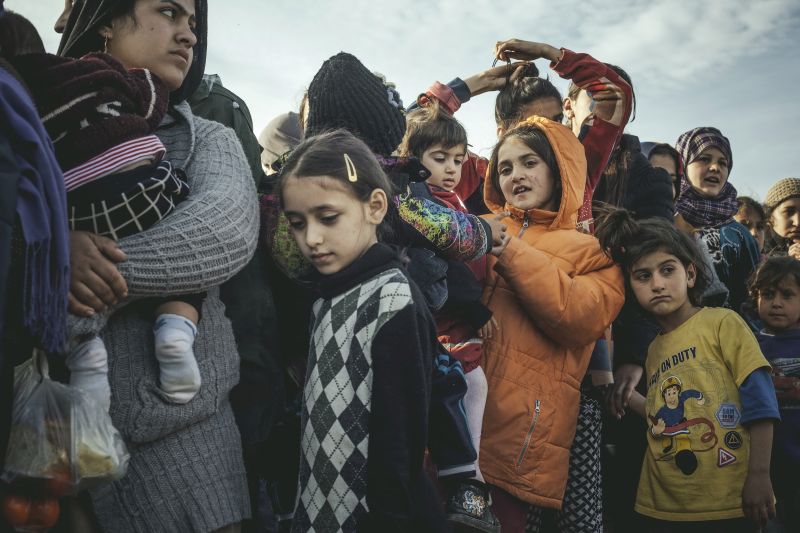 Florian Bachmeier/Lineair Unaccompanied minor refugees are particularly vulnerable and in need of protection: children in the Idomeni refugee camp on the Greek-Macedonian border.

Children become refugees for many reasons: war, trauma, poverty, privation, death. Some are separated from their parents on the long trajectory of flight. Others are orphans who want to escape hardship and violence in their homeland. Yet others place themselves in the hands of people traffickers in the hope of reaching a safe place.

Unaccompanied children account for two to three percent of all asylum applications submitted in Central Europe. Between January and September 2017, more than 25,300 children arrived in Greece, Bulgaria and Spain, and over 14,800 (58 %) of them were unaccompanied and lost children. In the third quarter of 2017, the absolute number was 14,800 – about a third more than in the second quarter.

In the first nine months of 2017, Greece and Italy transferred more than 9,800 children to other EU countries. Among them were 329 unaccompanied and lost children. The percentage of boys was higher than girls (an average of 7 boys to every 3 girls).

Reliable data on the number of unaccompanied minors arriving or present in European countries tends not to be readily available. The number of asylum applications indicates a trend but does not necessarily supply a precise picture . This is due to backlogs in national asylum systems, onward migration or refugees failing to submit asylum requests.

Europol believes the true figures are much higher. In 2016, the EU law-enforcement agency reckoned that 27 % of all refugees arriving in Europe were minors. It also pointed out that around 10,000 of the unaccompanied children registered in Europe can no longer be traced. They may have found a home with relatives – or they may have been picked up by criminal gangs who exploit defenceless minors or force them into prostitution.

Mariyana Berket of the Organisation for Security and Co-operation in Europe (OSCE) says that “unaccompanied minors from conflict zones are by far the most vulnerable group of refugees”. (rb)