On the way to a multipolar world order

In the wake of China’s rise, the United States and Europe will need to adapt their foreign policies. Otherwise, they will lose geopolitical influence. Countries of the global south could benefit from the new world order by pursuing multi-alignment policies tailored to their interests. 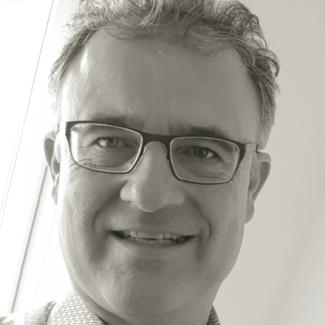 last contributed to D+C/E+Z in summer of 2022. He is a political scientist and adjunct professor at Freie Universität Berlin. As a consultant, he advises international organisations and think tanks.

contributed to D+C/E+Z in summer of 2022 as a student of political science at the Freie Universität Berlin. 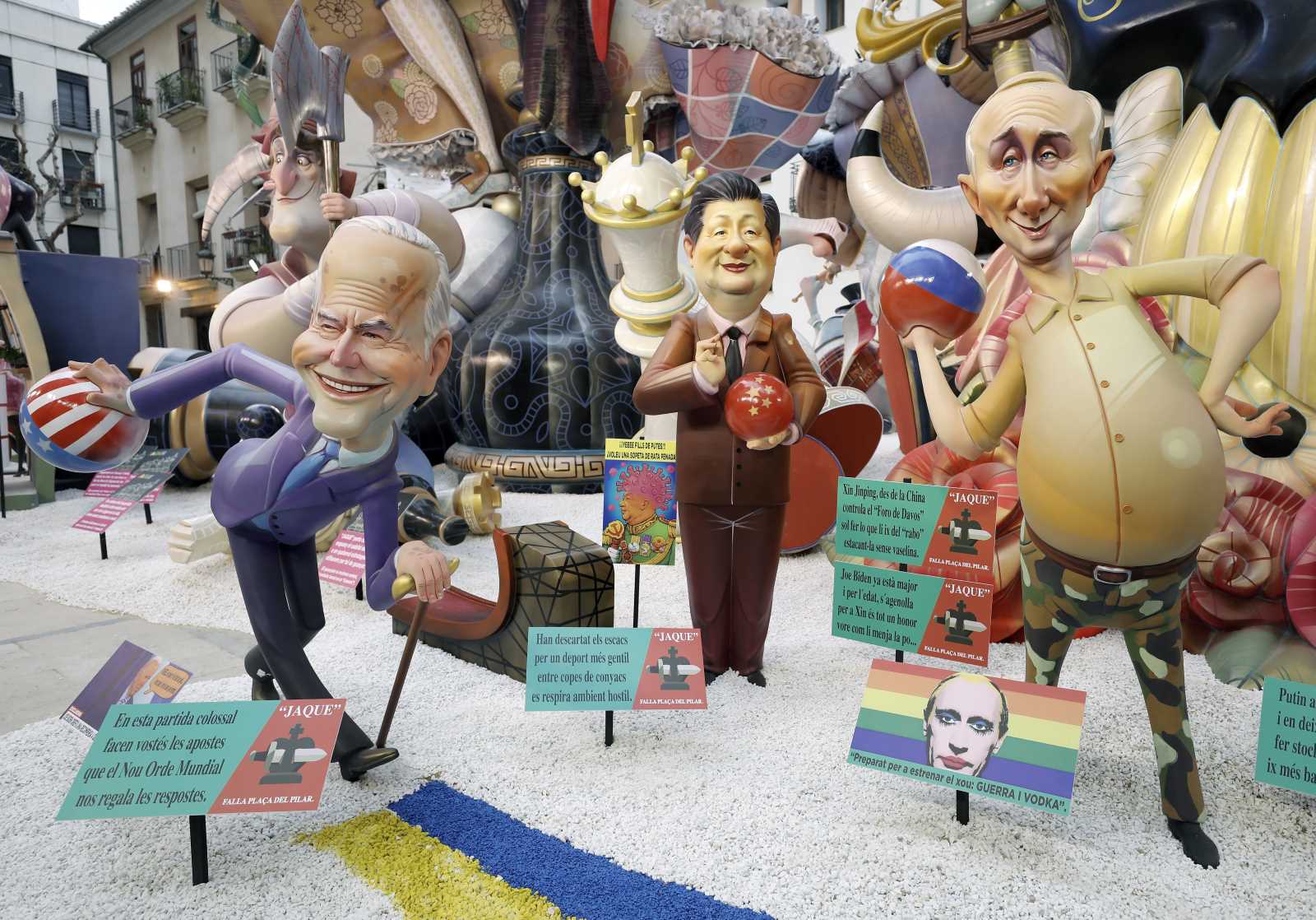 The balance of power between the world’s political systems is shifting. The trend is towards a multipolar world order, with geopolitical influence spread over a number of actors. Countries and institutions will need to reposition themselves. That is the conclusion we reach in our book “Global Perspectives on Megatrends” (Kuhn, Margellos, 2022). We have cooperated with scholars and political analysts from various parts of the world to assess geopolitical trends and their implications for multilateral cooperation.

We completed the manuscript shortly after Russia started its war on Ukraine. We see our views concerning the emergence of a multipolar world confirmed. So far, the course of the war and its consequences show how much geopolitical powers’ interests currently diverge.

The US and EU have to date not succeeded in isolating Russia completely, and there is no realistic prospect of that happening in the foreseeable future. China, India, South Africa and other countries of the global south did not join the West’s sanctions regime, even though an overwhelming majority of UN members adopted a resolution deploring the humanitarian situation in Ukraine at the UN General Assembly meeting in March (see Imme Scholz on www.dandc.eu). It was clearly directed against Russia.

Obviously, strong cooperation of EU and US will significantly hurt Putin’s regime in the medium term. It may also make China’s ascent more difficult. Nonetheless, western allies must come to terms with their influence becoming increasingly limited.

The trend towards a multipolar world order is being discussed in the think-tank community under the keyword “hegemonic shift”. The issue has figured prominently in high-level conferences. The Munich Security Report 2020, which was published after the 56th Munich Security Conference, coined the term “westlessness”. In November 2021, the Bloomberg New Economy Forum in Singapore addressed Asia’s growing share of global GDP and its increasing stock-market capitalisation.

Western influence is expected to diminish in the global south. The G7 leaders announced the intention to invest more in global infrastructure at their summit in Bavaria in June. Among other things, they promise to support developing and emerging economies’ progress towards climate neutrality and strengthen health infrastructure in Africa. However, this is a very late response to China’s global infrastructure programme, the “Belt and Road Initiative”. China’s influence in many developing countries is not going to be significantly scaled back by new G7 efforts in this field (see Charles Martin Shields on the “Digital Silk Road” initiative, on www.dandc.eu).

Developing countries could actually benefit from the hegemonic shift. Parag Khanna, an Indian-American political scientist and global strategy advisor, has stated that neither the USA nor China will emerge as winners from the present global rivalry. Other countries should be able to benefit by cooperating selectively with both of them. A number of Asian countries, including Singapore and Malaysia, for example, are trying to build relationships with both super powers, balancing ties to maximise their own advantages.

Since Donald Trump’s presidency, China has been a primary focus of US national-security thinking. Trump’s decisions, which were declared to “make America great again”, intensified tensions. The trade war between the two countries culminated in escalating tariffs and a dispute over the World Trade Organization (WTO) after it ruled that the US had violated its rules.

At times, moreover, it seemed that China was more successful than the US or the EU in dealing with Covid-19. In the medium term, however, it may have paid a very high economic price for its zero-Covid strategy. The massive restrictions on personal freedom imposed in spring 2022 have severely tarnished the public image of China and especially the Shanghai Economic Region.

President Joe Biden is trying to get his country more involved in multilateral affairs and improve relations with the EU. Towards China, his administration is signalling that it will not accept co-leadership in global affairs – with one notable exception: climate policy. The hope to limit cooperation with China to climate matters seems unrealistic.

China has expanded its investment across various sectors in recent decades and has sought to forge new alliances. It has been successfully wooing partners in the global south for cooperation. The Shanghai Cooperation Organisation, the Asian Infrastructure and Investment Bank (AIIB) and the Forum on China-Africa Cooperation (FOCAC) are examples. Moreover, the BRICS alliance with Brazil, Russia, India and South Africa is useful in the pursuit of foreign-policy goals. It is also running an international finance institution of its own: the Shanghai-based New Development Bank (NDB). However, expert opinions differ to which extent China can capitalise on such cooperation formats which tend to lack features of deep political and economic integration (see Praveen Jha on www.dandc.eu).

China is also vigorously promoting the renminbi as an international trading currency and trying to expand its stock markets. Related efforts to weaken the role of the US dollar will add to the tensions. After all, the hegemonic position of the United States is due largely to the dollar’s dominance in international trade and the country’s huge stock markets.

China’s rise will continue for a while

Looking ahead, China’s rise is expected to continue for a number of years. However, it will not go unchallenged, not least by China’s neighbours. The Taiwan conflict may also cloud relations with the US. Scholars disagree on the extent to which future multipolarity will be more unstable than the bipolarity of the Cold War or the unipolar dominance the USA in the years after the collapse of the Soviet Union.

NATO is currently experiencing a marked resurgence. Moreover, the US will becoming more engaged in foreign policy again, especially in Europe and Asia. The EU looks largely united in its solidarity with Ukraine. However, disengagement from Russia will take its toll. Energy prices are rising. On the other hand, efforts to transition to clean energy will pay dividends in the long run.

G20 meetings will continue to attract political attention, despite the difficult question of Russian participation. However, even western governments will not want to lose the G20 channels for dialogue. Multilateralism is thus not in decline. It is transitioning and adapting to an increasingly multipolar global order.

The United Nations will continue to broaden and deepen its climate agenda with an eye to mitigation and sustainability. Related negotiations will remain very difficult, however. One of the most controversial issues is the extent to which vulnerable countries can claim financial compensation for losses caused by climate change. This will be a bone of contention at the upcoming UN climate summit in Egypt in November.

The USA and the EU still have a great deal of power to shape many areas of international cooperation. To retain that power, they should:

If they succeed in these things, Russia is likely to emerge from the war against Ukraine severely weakened in geopolitical, economic and military terms. China’s chances of dominating the global economy and politics might also be reduced.

Berthold M. Kuhn is a political scientist and adjunct professor at Freie Universität Berlin. As a consultant, he advises international organisations and think tanks.
berthold.kuhn@fu-berlin.de

Dimitrios L. Margellos is a student of political science at the Freie Universität Berlin.
dimitriol35@zedat.fu-berlin.de