The European Union must take a stand beyond the MDGs regarding international action on eradicating poverty, but in the face of huge internal difficulties, it is struggling to draft and implement a shared development policy. As a large supranational entity, however, the EU can campaign convincingly for multilateral action in support of global public goods.

last contributed to D+C/E+Z in summer 2013 as a freelance writer. 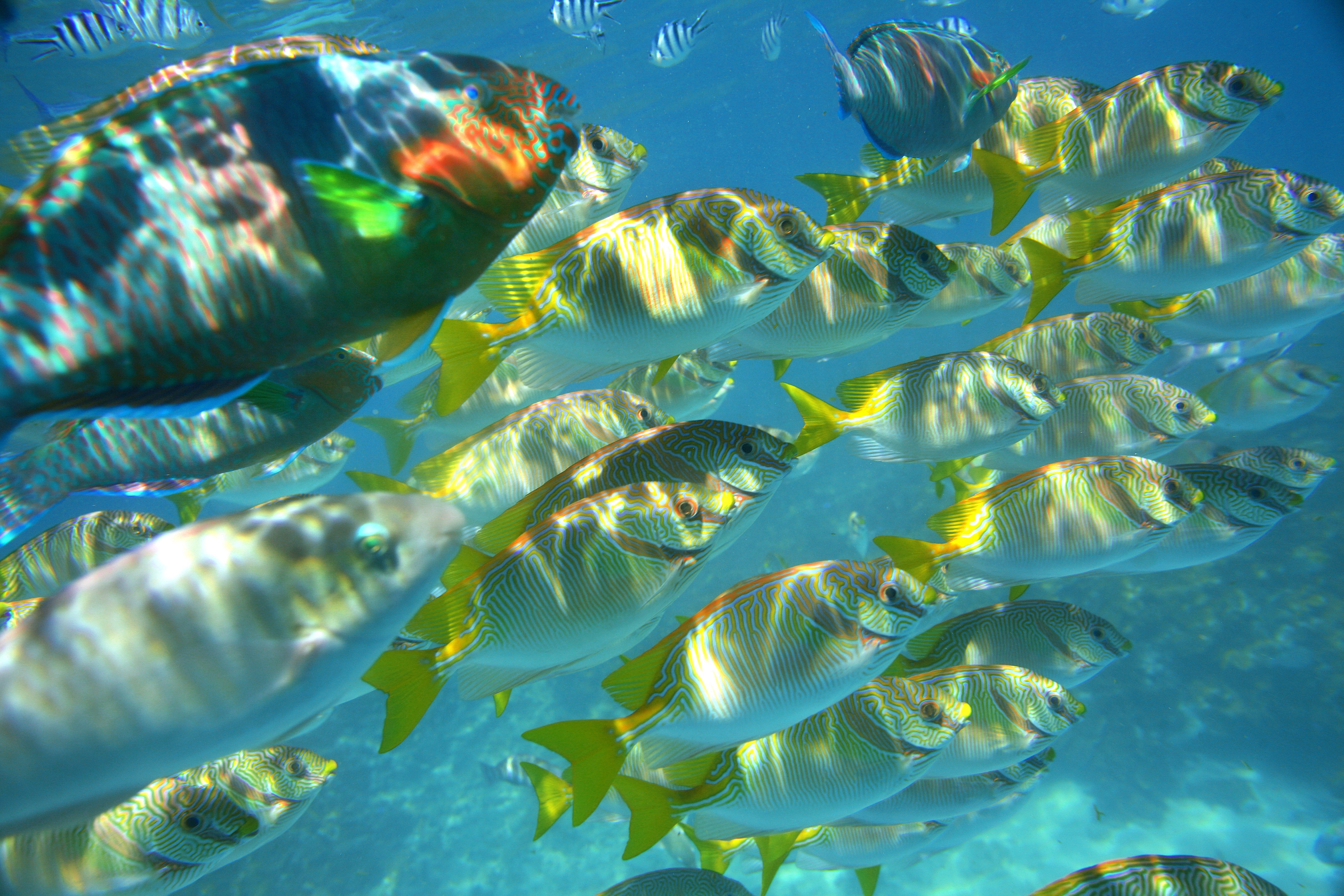 Ton Koene/lineair The conservation of biodiversity is a challenge no country can rise to on its own: coral fish off the coast of Tuvalu.

The euro crisis currently demands full attention in Europe. In view of the high sovereign debt of many member countries, it is obvious that many pledges to raise ODA (official development assistance) will not be fulfilled. Accordingly, the EU currently does not have much influence in the international development debate.

A new international agenda is necessary however. “A new global pact is needed to focus international policymaking on a new goal and coordinate action better”, says Paul Hoebink of the University Nijmegen in the Netherlands. The EU must therefore take a stand.

“Promoting a new agenda is in the EU's own interest”, states Jürgen Wiemann, the vice president of EADI (the European Association of Development and Training Institutes). Europe is a rich world region that consumes a large share of the world's natural resources and must do something to fight poverty and promote ecological sustainability, he argues. A multilateral agenda would spell out goals and make progress measurable, and it would serve the EU's legitimacy, according to Wiemann, if it became seriously engaged in making those goals come true. Wiemann emphasises, moreover, that the EU must make sure that all its policies coherently serve the cause of international development.

The researchers emphasise that the EU can only have an impact on world politics through joint action, so it should speak with one voice in international settings. The main thrust of the future global agenda, according to the ERD, should be to make development sustainable and inclusive. In this context, "inclusiveness" means social justice and decent work. The report suggests putting new topics, which were not tackled by the MDGs, on the post-2015 agenda. Relevant topics, the scholars argue in line with the Millennium Declaration, include security, employment, support for endangered communities, equitable trade and a fair financial architecture. They call for a holistic approach that consistently links action on eradicating poverty to environmental sustainability. In their eyes, success will depend on innovative approaches that go beyond conventional aid.

To influence international debate in the desired way, the EU must increase its ODA as promised, and it must achieve policy coherence for development, the ERD authors state. They criticise that progress on both fronts remains unconvincing so far.

The ERD points out, that European governments promised at the UN’s Financing for Development conference in 2002 to spend 0.7 % of their gross national income on ODA. That ratio was never achieved, however, and current ODA spending is declining. This is even true for the Netherlands, a country that has been fulfilling the 0.7 pledge since 1975 and even invested more funds for many years. The plan to reduce ODA to 0.55 % of GNI in 2017 caused an outrage in his country, the Dutch scholar Hoebink told an EADI conference in Bonn in June: “As a reaction, Jan Pronk, a former development minister, quit the social democratic party PvdA.”

The EU has made valuable efforts to promote the cause of policy coherence for development in several international organisations, according to the ERD, but it failed to make its own policies coherent. A lot remains to be done in the areas of trade, migration and development financing. The authors stress that these policy fields are of crucial relevance for sustainable development. They want EU trade policies to become more transparent and flexible, and they consider EU immigration policies inadequate.

Moreover, the ERD argues that global public goods (GPGs) belong on the future multilateral agenda. On their own, nation states cannot rise to challenges such as climate protection, the prevention of diseases or the stability of the international financial architecture, so multilateral action is needed. The report points out that an increasing share of ODA is spent on GPGs, and that better coordination with other developmental efforts is necessary. The report stresses that, being a large supra-national entity, the EU can convincingly promote collective action on these matters. At the same time, the ERD demands that governments and other national-level stakeholders must have the opportunity to take their development into their own hands.

Other researchers are also looking into the role of the EU. In a joint report summarising the international post-2015 debate, Andy Sumner of King’s College in London and Thomas Lawo of EADI propose five points for a joint EU strategy. In line with the ERD, they mention GPGs and policy coherence. Beyond that, they want the EU:

More ODA obviously does not mean that funds are used in a meaningful way. It is well understood that more poor people are currently living in middle-income countries than in low- income countries. Nonetheless, Hoebink warns against speaking of a "new geography of poverty". In absolute numbers, he says, poverty is most prevalent in sub-Saharan Africa, South Asia and China, and the EU cannot achieve much in countries like China or India given their sheer size. From his perspective, Europe should focus its international-development efforts on sub-Saharan countries. He considers some policymakers' preference for assisting Mediterranean countries and Eastern Europe to be short-sighted and guided by special interests.

Mark Furness from the DIE, however, believes that the EU can meaningfully support middle-income countries in making economic development more inclusive. After all, European countries are pioneers in welfare-state policies. Furness acknowledges, however, that the EU's standing as a role model has been diminished by the euro crisis. In view of high youth unemployment in southern member nations, for instance, the European example does not look all that inclusive anymore.

Mareike Forchheim is a social scientist and a freelance author.
mareike.forchheim@gmx.de