Ed Husain spells out many important insights in his book “The house of Islam”, which was published last year. However, it is not the “global history” the subtitle promises. Anyone who is unfamiliar with Muslim history should not rely only on his work to gain a first understanding of these important issues. Karen Armstrong's "Islam - A short history" of 2000 is good complementary reading. 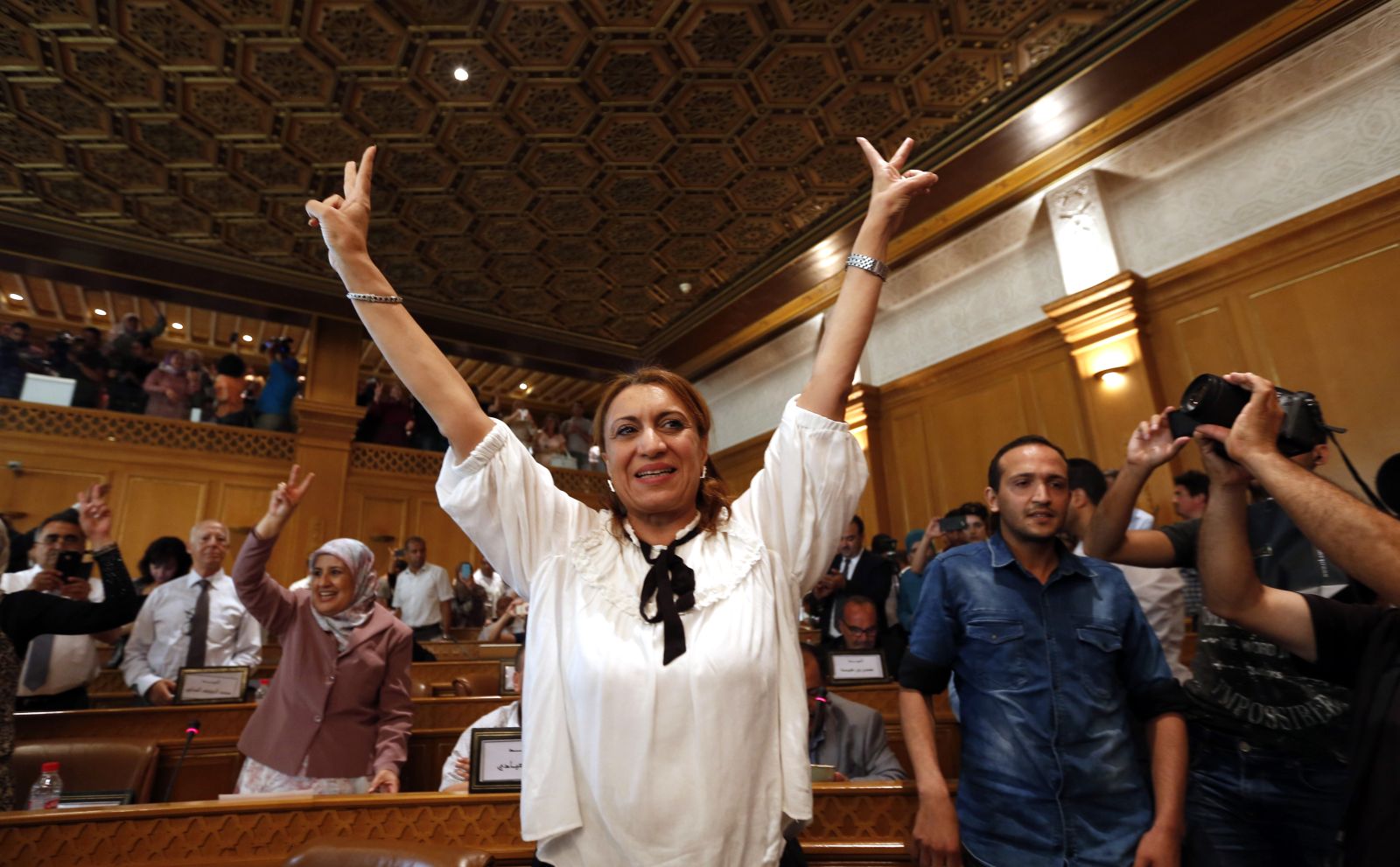 picture-alliance/AP Photo Souad Abderrahim of the Muslim Ennahda party is the mayor of Tunis.

Husain correctly writes that the fundamentalist version of Sunni Islam, which is promoted by Saudi Arabia’s Wahhabis, is a perversion of the faith. It has spawned Salafism as well as the terrorism of Al Qaida and ISIS. The Wahhabi’s focus on strictly literal interpretations of the Scriptures neglects their meaning and moral substance. Dress codes, for example, serve the purpose of fostering a sense of equality and modesty among the faithful, and are not even spelled out in detail in Quran. Husain finds the idea absurd that people today should be required to wear exactly the kind of clothes that the prophet and his followers wore in the 7th century.

While the Quran provides basic guidelines for social life, it leaves ample room for interpretation and adaptation to local contexts and conventions. This adaptability of Islamic law (sharia) is an important reason why this religion became important from Morocco to Indonesia. Throughout history, Islamic law scholars engaged in intense debate on how to apply the religious norms to changing realities. They did their best to make sense of the rules, and rational arguments were not only accepted, but welcomed. The diverging schools did not strive to apply the principles as literally as possible but wanted to serve society well. As Husain insists, an enlightened, modernised interpretation of the faith is indeed possible on this basis.

While Christian Europe historically did not accept Islam as a valid religion, Jewish and Christian minorities were tolerated in North Africa and the Middle East for centuries. Husain is right to point out that Islam is traditionally the less repressive religion. The kind of violence perpetrated by ISIS and other terrorist outfits today is not how Muslim empires were run in the past.

In Husain’s eyes, Wahhabi-inspired extremism has gained far too much influence. Such radicalism thrives on both the indulgence of Muslim communities and the vehement rejection from the Western public. The more Islamist extremists are ostracised by the West, the more attractive they look to frustrated Muslim youth, as the author knows from personal experience. He is a British Muslim who fell for Sunni Islamism in his youth but then went on to study Arabic and theology, developing a more sophisticated and less dogmatic understanding of his faith. He now wants Muslim scholars to take a determined stance against Wahhabism.

At the same time, Husain warns that Western ignorance is dangerous. The failure to understand the basics of Muslim mindsets has repeatedly led to policy failure and resulted in the escalation of crises. In his view, for example, the Muslim Brothers, whose ideas of Islamist politics is not rooted in Wahhabism, have the potential of becoming something akin to Europe’s Christian Democrats. However, the latter are unable to tap this potential as they normally fail to even see it.

Indeed, the Muslim Brother’s Tunisian branch is currently a moderate conservative force. Their party Ennahda has accepted the country’s pluralist constitution and is sharing power in a coalition government. Its leaders state that they are “Muslim Democrats”. Souad Abderrahim, the female mayor of Tunis, is an Ennahda politician. She proves that women can assume roles of leadership in Islamic contexts. It is too early, however, to tell whether Ennahda has truly become the equivalent of European Christian Democrats. Turkey’s AKP, which for a long time seemed to be developing in that direction too, has become a thoroughly authoritarian entity in recent years, which is something Husain should, but does not acknowledge.

Western policy makers, unfortunately, all too often do not know the difference between diverging Islam-inspired political groups. Many of them still fail to see how dysfunctional their alliance with the Gulf monarchies has been. Depending on oil from the Arab Peninsula, they turned a blind eye to the disruptive impact that fundamentalist missionaries had – and have - on the traditionally far more tolerant Muslim societies. Those missionaries depend on money from Saudi Arabia and its neighbours. In a similar vein, it is worth considering what the state of the world might be in today, had the USA invested some $ 2 trillion in promoting democracy and private-sector development in peaceful countries in the Middle East and North Africa (MENA) instead of waging war on Saddam Hussein in Iraq.

Husain argues that no other world region is culturally and linguistically as homogenous as the MENA region. But even though the preconditions for pooling sovereignty are thus in place, no other world region is less integrated in political or economic terms. The author states that the region would do well to establish a MENA union according to the EU model. That idea makes sense in principle, but Husain should acknowledge that it is entirely utopian at this point in history. Tunisia is the only democracy in the Arab world. The violence that is tearing apart Syria, results from deep divisions that mark other countries of the region as well.

While Husain spells conveys many important insights, his book is unfortunately not a sober-minded analysis of Muslim history and the current state of MENA affairs. He would have done well to tell readers the sources of the vast socio-economic data he uses. Instead, he basically only indicates sources that refer to theological issues.

To a large extent, Husain is a true believer who is preaching his version of his faith. Wishful thinking blurs his assessment of reality. Muslims are not the coherent community he claims they are – and that is one reason why there is not even an inkling of the MENA union he would like to see established. Yes, he does elaborate on the historical schism between Shias and Sunnis, but he consistently downplays the relevance of Shia Islam. He does a good job of dissecting the shortcomings of Wahhabism, but pays hardly any attention to Shia fundamentalism, which is dangerous too. He consistently refers to the Sunni dominated Ottoman and Mughal as examples of Muslim rule, but does not elaborate the similarly impressive history of Iran’s Shia dynasties.

While Husain’s book provides useful insights into the complexity of Muslim thought, readers will do well to cross-check what he writes with other sources. It is actually not quite clear who his target audience is: to some extent, he seems to be arguing with fellow Muslims about how to deal with Wahhabism, but other parts of the book read as though he intended to write a primer introducing western readers to the history of Islam. In my eyes, he serves the first target group well, but the second would deserve a more neutral assessment.

A good book to complement Husain’s work is Karen Armstrong’s “Islam – a short history”. It was first published in 2000 and offers a coherent overview – from the times of the prophet to the turn of the millennium. Armstrong discusses the schisms that affected this faith and elaborates diligently what empires were ruled by Sunnis as well as Shia leaders. Her assessment of recent fundamentalisms differs from Husain’s because the former Catholic nun puts it into the context of religious fundamentalisms in general.