Since the ousting of President Mohamed Morsi in Egypt in 2013, the regime of Abdel Fatah el-Sisi has dealt with the media in two ways. On one hand, it formed “media arms” inside the media system by building alliances with the news outlets in Egypt. On the other hand, the regime crushed the critical media by blocking websites and banning programmes that expressed critical views. 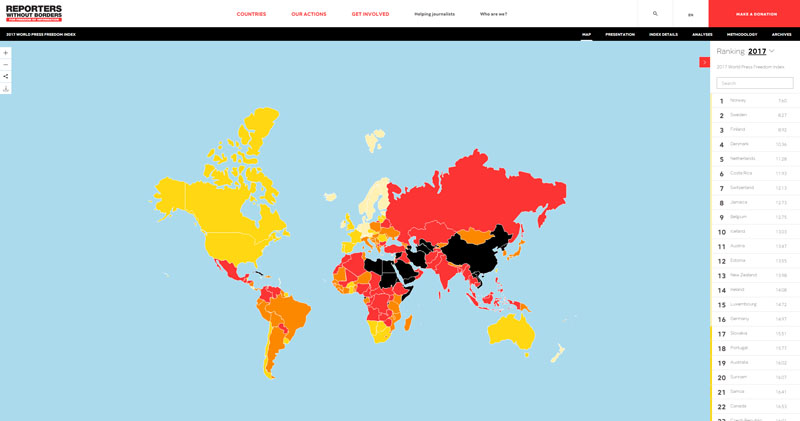 Many journalists were arrested. The influence of the regime on the media expanded sharply thanks to businessmen with links to the military. For instance, the private TV channel Al-Hayat was taken over by a security company called “Falcon”. Falcon’s CEO is a former senior military intelligence officer and a former head of the radio and TV regulatory body. That, at least, is what the state-owned Ahram newspaper reported.

ONTV, a popular private TV channel which used to air critical comments against the regime of former President Hosni Mubarak in the 2011 uprising, has been taken over by the billionaire businessman Ahmad Abu-Hashima who is closely connected to President el-Sisi. Abu-Hashima also owned 50 % of a media production company called “Egypt for cinema”, producing pro-military films. Then, in a sudden move late December 2017, a newly established company called “Eagle Capital” acquired all his shares. “Eagle Capital” is a private equity fund owned by the General Intelligence Service.

According to the World Press Freedom Index 2017, which was compiled by Reporters without Borders, Egypt is one of the countries that give journalists the least scope for independent coverage. Of 180 countries assessed, Egypt ranks 161st. It is marked black on the map of the international non-governmental organisation – just like China, Iran and Saudi Arabia. (isa)