The rise and fall of the G20

The emergence of the G20 as a forum of the leaders of the world’s most important economies raised great expectations in late 2008. They have been disappointed.

last shared his views in D+C/E+Z in spring 2016 as professor of economics at the University of Rio de Janeiro. 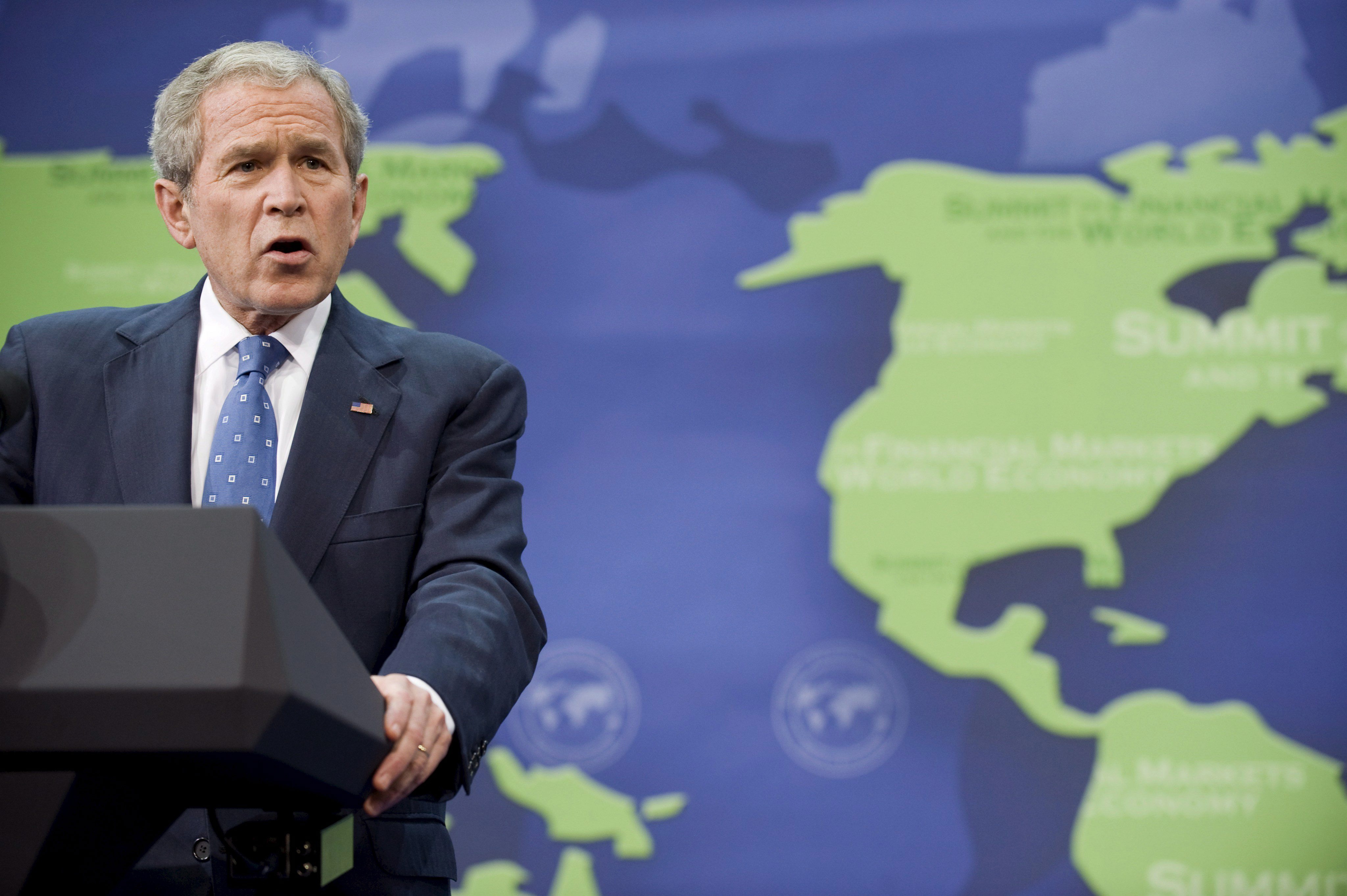 Cavanaugh/picture-alliance/dpa George W. Bush, host of the G20 summit in Washington in November 2008.

In 2008, the financial crisis that had begun in the USA the year before became global. In September 2008, the bankruptcy of the investment bank Lehman Brothers proved that the US government was unable to stop the economy’s descent into serious contraction. Powerful shock waves were felt around the world.

Western Europe in particular was affected by surging risk aversion. Investors suddenly shied from giving credit to all but the safest EU countries. Interest rates rose dramatically. This phenomenon compounded the problems European banks, especially in Britain and Germany, were facing due to their links to America’s financial markets. Moreover, EU members that depended on financial markets to finance their fiscal or balance of payments deficits found doing so increasingly difficult.

All the available evidence shows that the global impact of the Lehman Brothers drama took the US authorities by surprise. By the last days of September 2008, it was clear that the US administration had no idea what to do. President George W. Bush had only four more months in office. He was deeply unpopular, the exact picture of what Americans call “lame duck”. The US was heading towards the presidential election, and frontrunner Barack Obama did not show a much deeper understanding of what was going on either.

The EU was unable to offer a way out, and so was Japan, which had seen its international standing being eroded a long time ago, when its own financial crises led to long-term stagnation. The only countries that seemed able to absorb the shock and move on were the leading emerging economies, notably, but not exclusively, China.

The G20, as it was conceived in 1998, was a congenial environment for leaders of finance ministries and central banks to discuss the most effective ways in which the financial architecture could best be preserved. In its first ten years, the new forum did little else than agree on general principles of financial policy, reaffirming the validity of liberalising finance domestically and internationally.

In this period, the idea took hold, for instance, that the ultimate goal of economic modernisation was to remove capital controls, and that a proper sequence of reforms could ensure that emerging economies would not become too vulnerable to sudden reversals of capital flows at some point in time. Energies were channelled to getting the reform process right. Its efficiency and desirability, in contrast, were never questioned.

The financial crisis of 2008 turned the world upside-down however. Developed countries, accustomed to give governance lessons to emerging economies, were obviously out of their depths. They did not seem to understand what was going on, nor were they able to draft any anti-crisis strategies. It was similarly clear that the prevalent orthodoxy since the late 1980s no longer guaranteed international stability. As output fell and unemployment rose in the USA and the EU, many hoped the emerging markets – in particular China – would lead the global recovery.

The G20 itself changed in 2008 too. Instead of remaining a forum of finance ministers and central-bank governors, the G20 meeting in Washington in November 2008 was a gathering of the heads of state and government. Accordingly, the scope for action became much wider. Financial authorities’ jurisdiction is limited, but the agenda of nations’ prime leaders can obviously include anything these leaders decide to discuss.

The new G20 inspired hopes of change. The idea was that, by coordinating the action of economic policymakers at the global level, the G20 would foster a strong recovery of the world economy. At the same time, the G20 was expected to come up with solutions for important global issues such as environmental sustainability, improving the world-trade regime and the eradication of poverty.

Today, however, it is obvious that none of this has happened. Macroeconomic policy coordination did not survive the early conflict between the United States and European countries led by Germany around the definition of the ideal combination of expansive fiscal policies and fiscal austerity. Right now, the emerging markets are running out of steam while the recovery in North America, Europe and Japan looks anaemic – if there is a recovery at all. Multilateral policymaking is not making progress on any front thanks to the G20.

Five years after the G20 assumed its current form, it is widely considered a failure. It never rose to the challenge of identifying areas of common interest. In fact, the only significant exception to this inability was domestic financial regulation, where, at least for a while, most participants seemed to agree on the need to tighten up Basel Accord rules for banking regulation and the introduction of new controls. The result is the new set of rules known as Basel III. The influence of the G20 is not felt in any other policy field today.

One problem is the G20s overloaded agenda. That became inevitable when the heads of state and government took over the G20. From that point on, any topic could be put on the G20 agenda if only to please some constituency in a member country.

The governance mechanism of rotating presidencies reduced the group’s effectiveness further. When a country takes over the presidency, it announces its priorities for the group. The term of one year, however, is too short for these priorities to be seriously examined, let alone implemented.

The initial fear was that the crisis of 2008 would lead to a global depression like the Great Depression of the 1930s. It did not. The impact was “merely” felt as the Great Recession in rich nations followed by a weak recovery or a protracted stagnation. Once it became clear that this crisis was unlikely to become “explosive”, divergence of interests began to mark G20 meetings. Accordingly, participants began to engage or re-engage in settings that look more promising to them.

The G8 of developed countries had fallen into disrepute in 2008 and 2009, but its members have now resurrected it. To deal with the Euro crisis, the EU and the European Central Bank have teamed up with the IMF, without much involvement of other global players – and without convincing results so far.

Some emerging economies have opted for other structures than the G20. The most notable, at the moment, is the BRICS. It includes Brazil, Russia, India, China and South Africa. Despite its unlikely origin as a pun created by a financial market trader, the group has been able to establish some institutions, especially a development bank.

Some members of the G20, however, either suffer from a measure of political isolation like Argentina or seem to be unable to make strategic decisions like Mexico. At the same time, the G20 is still not designed to represent the world in any meaningful way. Its membership was changed a little bit in 2008, with Spain, for instance, becoming a member. Nonetheless, South Africa is the only country to represent its huge continent of more than 1 billion people.

In sum, the creation of the “new” G20 was rather a stopgap initiative taken in 2008 to show that world leaders had not completely lost their ability to face a crisis of large proportions. Once the emergency passed, the G20 proved to be a dysfunctional entity.

Fernando J. Cardim de Carvalho is a professor of economics at the University of Rio de Janeiro.
fjccarvalho@uol.com.br