In the global financial crisis, government-owned development banks have become more relevant. Ulrich Schröder, the chief executive of KfW, insists that they must accept the principle of subsidiarity nonetheless. Its own growth, he says, must not be
a goal for a state-run financial institution. 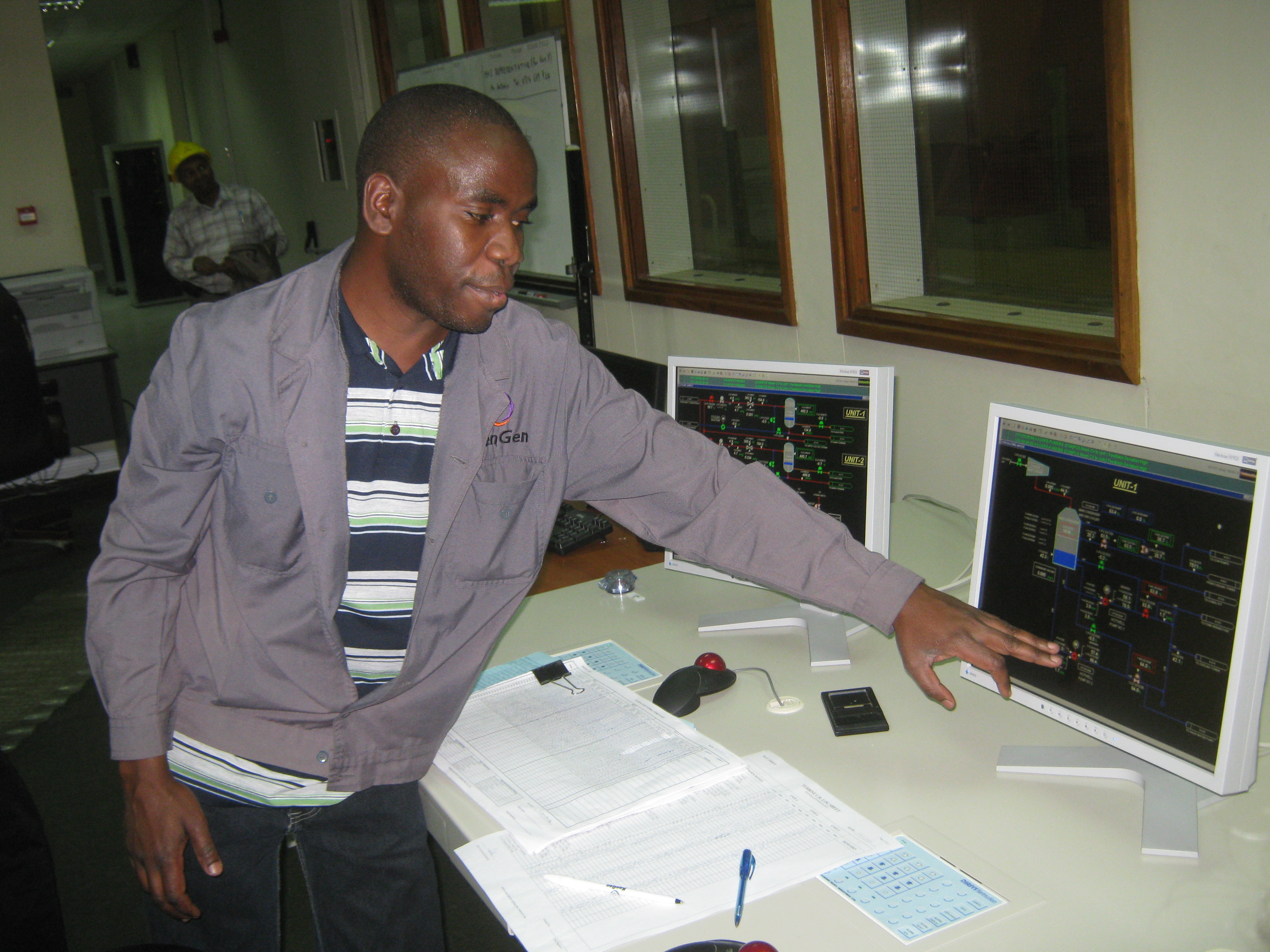 Dembowski Control room of a Kenyan geothermic power plant that was built with loans from KfW and other financial institut..

Why is the global financial crisis not over yet?
This crisis is a combination of a sovereign debt crisis and a banking crisis. A lot of trust has been destroyed fast. It is well understood, however, that it takes much longer to restore trust. For that to happen, governments must sort out their budget problems and ensure that their economies become competitive again – and the banks must improve their balance sheets and adapt their business models to the new situation. There has been considerable progress, but a lot remains to be done.

How must the new business models differ from the old ones?
They must comply with the new regulations. The overarching goal of the regulators is that banks must become able to sort out their problems themselves, so taxpayer money will never again be needed in the end. Accordingly, the new regulations are about making the banking business safer:

All of this means that clients will find it much more difficult to get long-term finan­cing. Things have improved somewhat lately, but the situation is still tougher than before the crisis.

Why does long-term financing matter so much?
It is age-old merchant knowledge that long-term investments must be financed with long-term credits. Otherwise, calculations become impossible, not least because the interest rates change. At the same time, it is true that long-term growth depends on long-term investments, in infrastructure for example. The need is huge. The EU reckons that € 2,000 billion will be required in its member countries until 2020.

But isn’t that an issue of government budgets, for which banks are not that relevant because governments can issue bonds?
Yes, but only to some extent. It is well understood that governments have to balance their budgets. Municipal governments matter too, but European municipalities hardly issue bonds at all. Moreover, highly-indebted EU members are no longer in a position to issue bonds with low interest rates. Generally speaking, 70 % of long-term investments in Europe are financed through bank loans.

Long-term growth also depends on long-term private-sector investments, in large-scale production facilities for instance.
Absolutely, and while major corporations can issue bonds, small and mid-sized enterprises cannot do so. They depend on banks. And for structured financing too, the banking sector is needed.

What is the situation of emerging markets and developing countries?
Well, their difficulties are at least as great as those of the industrialised nations. Unless they build roads, power stations and other kinds of infrastructure, their economies cannot grow. And typically these are things that governments still take care of. Multilateral development banks such as the World Bank and bilateral development banks such as KfW are of some help, but it is a real challenge that many donor nations are facing budget constraints which impact on their funding for international development. If you think of private-sector investments in emerging economies and developing countries, commercial banks are crucial, apart from institutional investors.

But doesn’t the KfW subsidiary DEG, the German Investment and Development Society, help? It is basically a private-equity tank with the mission of funding private-sector investments in emerging markets and developing countries.
That’s right, and there are indeed some positive trends. The DEG has teamed up with similar European institutions – like Porparco in France and FMO in the Netherlands – in EDFI, the European Development Finance Institutions. In recent years, it was not unusual for EDFI members to expand their financing pledges by an annual 10 %. That kind of success proves that the number of developing countries that are in a position to attract private-sector investments is growing. The downside is that it also shows that the economies of the countries concerned are still too small to mobilise the capital required domestically.

The relevance of KfW for the German economy has grown significantly in the past few years. Last year, KfW’s total assets amounted to € 512 billion. That was 45 % more than in 2007. Some observers now consider KfW the second most important bank in the country, right behind the corporate giant Deutsche Bank. Why did you grow like that?
Well, we only do long-term finance, which is what really matters now. We do not have any trust issue. The reason is that KfW’s owner is the Federal Republic of Germany. That means that the government must guarantee all our operations. Accordingly, we do not pay higher interest rates when we raise funds in capital markets than we did before the crisis. Actually, we pay a little less. We pass that advantage on to clients by financing long-term loans for building houses, going to university and expanding small and medium sized businesses, for example. However, it is not a good sign when a government-owned bank becomes ever more important. What really matters is that the commercial financial sector must get well again. Our growth basically results from the fact that we are needed,
but not from us striving to expand or even to maximise profits.

So the state is stepping in to repair market failure?
Yes, states set rules and correct certain failures. The principle of subsidiarity must be respected however. It says that decisions should be made at the lowest level possible, close to individual persons, so the decisions will serve those people well. Higher-level agencies and the state must only step in when lower-level actors and the private sector are unable to act. This principle is fundamental, and it applies to the KfW too.

And that is the reason that you neither have branch offices in Germany nor offer your services to individual clients. Other financial institutions refinance credit-schemes that fit KfW policy with KfW money, but are not at risk of being crowded out by the KfW.
Yes, that’s right. This approach results from the subsidiarity principle, and one of its great advantages is that the knowledge of our partner banks, who tend to know their clients well, is made use of.

Do other EU member nations have development banks like KfW?
Yes, some do, and those that don’t are interested in establishing one. Portugal wants to establish one, and so does Greece. Italy has the Casse dei Depositi e Prestiti, which is similar to KfW. Spain and France have national development banks. It is not easy to copy our model, however. We benefit from the fact that Germany still has an AAA rating and can issue bonds comfortably. No government-owned development bank will ever get more favourable conditions in financial markets than its government. Another advantage of ours is Germany’s decentralised financial system. Municipal savings and loans, cooperative banks and commercial banks have branch offices all over the country, so we don’t need any of our own and can stick to the subsidiarity principle.

Are there public-sector development banks like KfW in emerging markets?
Yes, China has the China Development Bank, Brazil has the BNDS and India has some strong public-sector banks too. They are all very important, and have become even more important in the current crisis. Some time back, we took the initiative to get organised. The International Development Finance Club – or IDFC for short – now has 20 members: national and regional development banks. All summed up, they pledged financing worth the total of $ 430 billion. Let me repeat that subsidiarity matters. Why should huge multilateral institutions such as the World Bank or the Asian Development Bank do everything on their own? It makes more sense to cooperate and make full use of national and regional partners’ expertise. Given that long-term financing is hard to get, we will need to mobilise all the resources we can in coming years. At the same time, we’ll have to accept the limits the subsidiarity principle implies. Questions by Hans Dembowski.

Ulrich Schröder is the chief executive officer of KfW banking group, Germany’s development bank, which was set up after World War II. www.kfw.de

Investment in skills training pays off