Unsafe abortion is a huge problem in India. Medical termination of pregnancy (MTP) became legal in India in 1971, but a range of socio-cultural factors and legal ambiguities prevent many women from benefiting from this. The stigma associated with unwanted and unintended pregnancies causes many women to abort secretly in private facilities, which tend to be expensive and unsafe. For obvious reasons, there are no reliable statistics.

last contributed to D+C/E+Z in autumn of 2021. She is an associate professor at the Hyderabad campus of the Tata Institute of Social Sciences and the chairperson of its School of Public Policy and Governance. 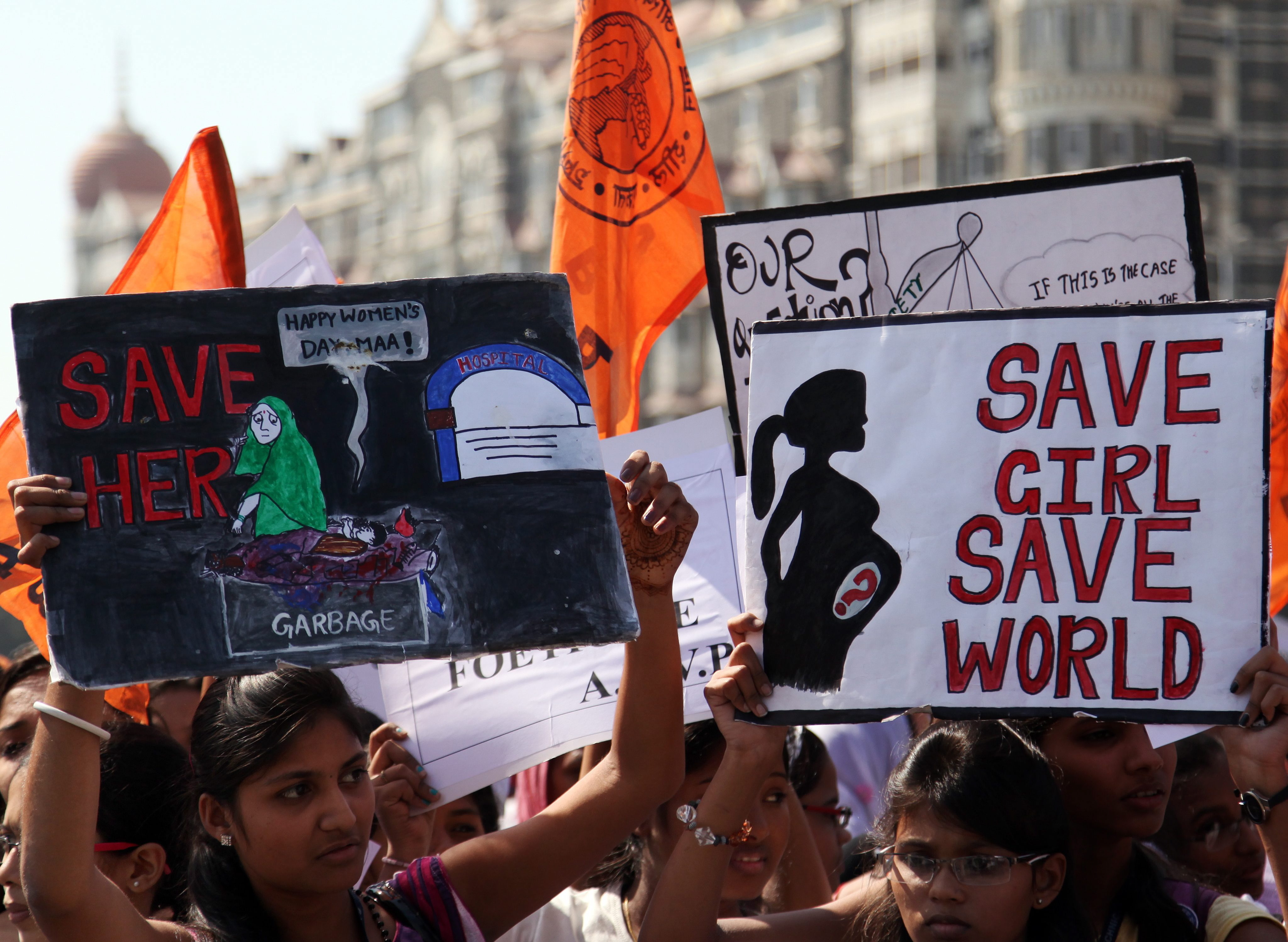 Solanki/picture-alliance/dpa Students rally against female foeticide in Mumbai in 2012.

Making matters more complicated, a special law prevents the determination of unborn child’s sex in India and every aborted female foetus must be reported. The idea is to stem  sex-selective abortions of female foetuses (see Nilanjana Ray in D+C/E+Z 2014/04, p. 156). The perverse result of this gender-friendly law, however, is that many doctors, fearing to get entangled in legal issues, refuse abortion services to women.

In past decades, private health care has expanded fast in India. Unfettered commercialisation has led to a rising number of Caesarean sections. The Indian Institute of Population Studies reports that the number of C section deliveries is rising by an annual 16 %.

According to international guidelines defined by the World Health Organization (WHO), 10 to 15 % of deliveries require C sections because of complications. Some Indian states, however, are now reporting rates of up to 65 %.

Many C sections are not necessary. For several reasons, better-off families often opt for this kind of surgery, nonetheless. They want to time the birth, sometimes in the hope of picking an hour that an astrologer deems auspicious. Fear of pain during labour plays a role too. C sections, moreover, seem to fit a modern lifestyle.

There are serious drawbacks, however. C sections are a profitable business, so they are quite expensive. Moreover, they are associated with several health complications that compromise women’s well being.