Traditional seeds are under threat

In farming communities in Burkina Faso, seeds are used, propagated, bred and traded according to an elaborated traditional system. But this system is increasingly under threat: international seed corporations are aggressively advertising their products, and the government is singing the same tune.

contributed to D+C/E+Z in autumn 2019 as the coordinator of the international human-rights organisation FIAN in Burkina Faso. 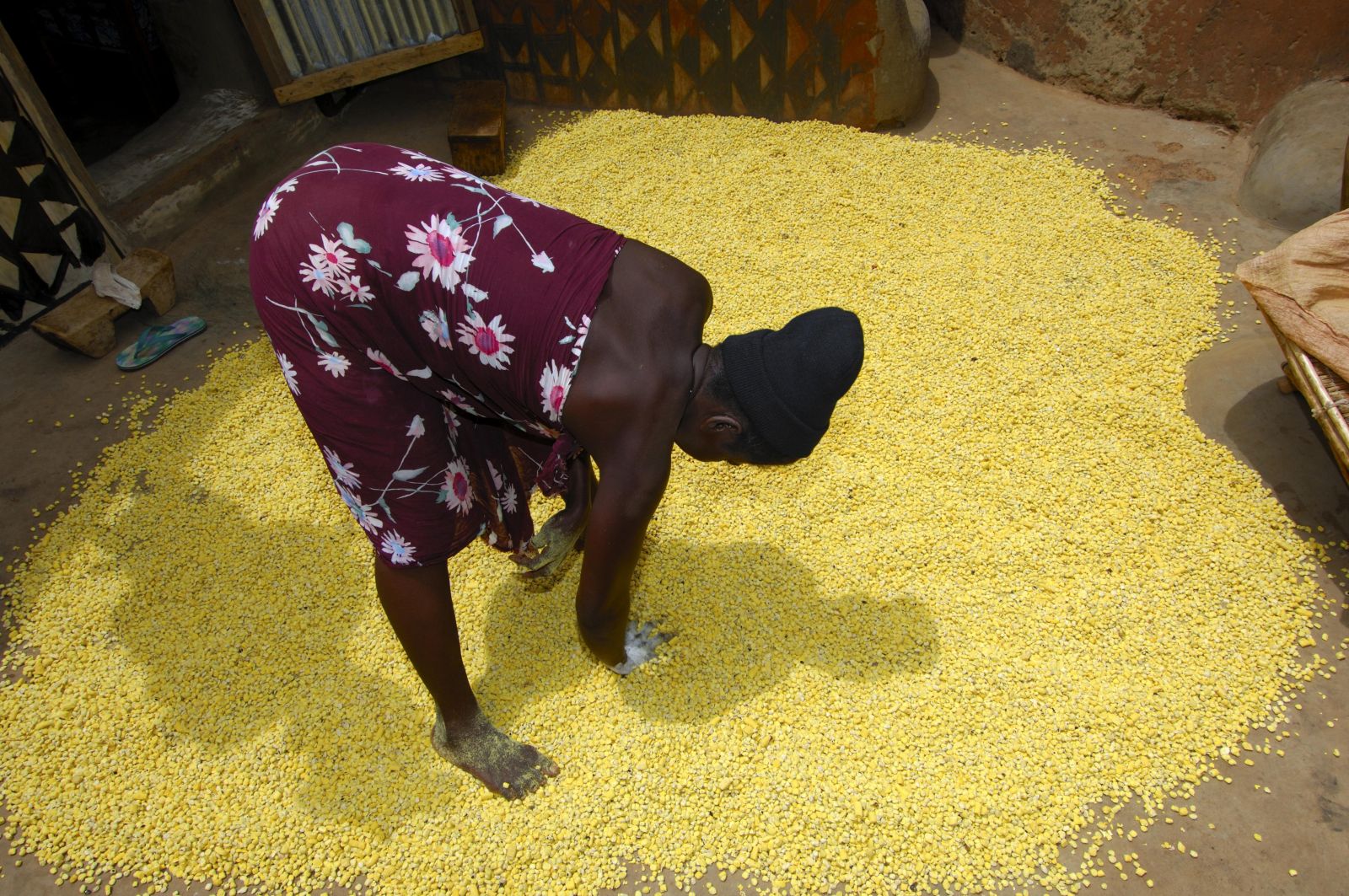 Like other West African countries, Burkina Faso is a highly agricultural nation. The sector generates 35 % of the gross domestic product and employs four out of five working people. Most of them are smallholders, and many produce primarily for their own consumption. Their livelihoods depend on farmland and seeds. Therefore seeds and the traditional way in which they are used and managed are vital to the nutrition of rural people. This is the basis of existence.

Farmers’ traditional means of using, propagating, breeding and exchanging their seeds are under serious threat. Large seed companies are aggressively campaigning for the use of industrial and genetically modified seeds and forcing their way into the market. They are receiving support from government programmes and laws that play into their hands, as well as from a variety of other actors and donors in the country’s agricultural sector (see box).

In 2006, Burkina Faso passed a law regarding plant seeds. Although it recognises both traditional and “improved” seeds, it promotes almost exclusively the distribution of commercial seeds, primarily by establishing intellectual property rights on varieties and strongly regulating production and trade. Traditional varieties are only affected marginally. However, the law does not address farmers’ rights to keep, use and exchange seeds within their own networks. It does restrict farmers’ rights to certified varieties which are protected by intellectual property rights.

In official discourse, the traditional seed system is seen as inferior. Publicly and privately financed programmes are heavily advertising the commercial system in the countryside. The government is subsidising the production of certified varieties, presenting them as the solution to a variety of problems that farmers face, including ever shorter rainy seasons as well as regional and temporal changes to rainfall patterns. The country is feeling the impacts of the climate crisis. Another argument is that commercial varieties supposedly lead to higher yields. What is not mentioned, is that they require the use of artificial fertilisers and pesticides.

Despite the aggressive campaigns, the vast majority of farmers in Burkina Faso still uses the traditional land races that have been bred over generations. As Melaku Worede, the Ethiopian scholar, and other dissident scientists and non-governmental organisations like FIAN have been pointing out for a long time, landraces actually suit local needs (see D+C/E+Z 2012/03, p. 102). Indeed, traditionally used varieties amount to a biological treasure trove, which offers suitable cultivars for all kinds of weather and locations. Farming communities have been breeding for centuries, and further breeding means adaptation to changing conditions. The famers know what variety to use in which circumstances. Some cope with draught, others with pests. The biodiversity of the crops keeps smallholdings resilient. At the same time, commercial breeders use traditional seeds to include desired characteristics in their products.

It is thus not surprising that, according to official data, 80 % of Burkina Faso’s farmers rely on traditional land races. Smallholders are preserving the agricultural biodiversity they and their ancestors have always depended on. In view of the climate crisis, this approach makes sense. The weather is becoming increasingly volatile, and extreme weather situations occur more often than in the past. As in other countries, that is happening in Burkina Faso. Commercial seed may indeed deliver higher yields, but prudent use of landraces ensures that farmers are very unlikely to lose an entire harvest.

Farming communities have sophisticated seed systems, not only for traditional and local varieties, but also for varieties from other regions and so-called improved varieties. The farmers manage their seeds according to traditional practices and knowledge. The system is ruled by traditional conventions and collective community rights.

Because of the close relationships farming communities have to plants, animals and nature in general, and because of the central importance of these natural resources to their way of life, farmers have certain rights to seeds and varieties. These rights have been enshrined worldwide, for instance in the International Treaty on Plant Genetic Resources for Food and Agriculture (ITPGRFA). The UN-Declaration on the rights of peasants, that was adopted in 2018, confirms these rights. However, these rights are not recognised by all countries, and even where they are recognised, the implementation of respective laws may remain unconvincing.

With support from civil-society organisations, farmers’ associations in Burkina Faso are fighting for the government to implement their international rights, particularly ITPGRFA Article 9 on the rights of farmers. Thanks to their efforts, the parliament passed a law regarding access to plant genetic resources for food and agriculture. The law contains provisions addressing how profits from the use of these resources are to be distributed. One chapter explicitly governs the rights of farmers and puts Article 9 of the ITPGRFA in force in Burkina Faso.

On this basis, legal provisions that recognise and effectively protect the traditional seed system must now be passed. Farmers get the right to keep, use and trade their seed varieties. Regulations must then be accompanied by policy measures and public research. Producers, moreover, must focus on the needs of small-scale agriculture. Maintaining the traditional seed system in its entirety is the only way to preserve Africa’s enormous diversity of species and varieties and the knowledge of its farming communities.

Lucien Silga is the coordinator of the international human-rights organisation FIAN in Burkina Faso.
silgalucien@yahoo.fr

Public-private cooperation in the agricultural sector