The latest special report of the Intergovernmental Panel on Climate Change (IPCC) presents gloomy prospects for the future of the oceans. Many changes can no longer be averted, and the consequences are catastrophic for the global environment and people. Effective measures, for example to protect coasts, are urgently needed. 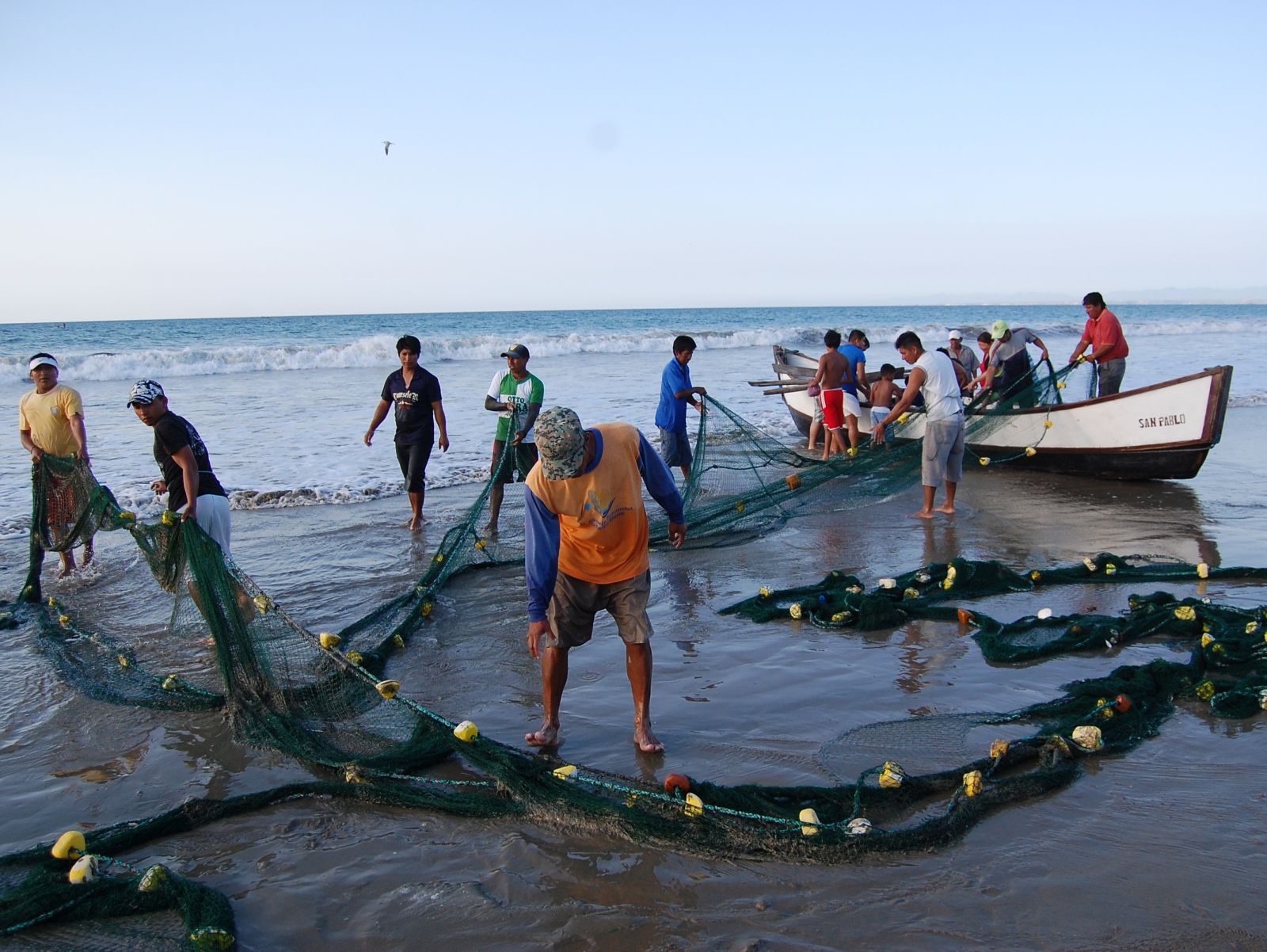 Sea levels are currently rising twice as fast as they did in the past century. This is due on the one hand to the large-scale melting of ice sheets in Greenland and Antarctica and on the other to global heating and the associated expansion of seawater.

To date, the oceans have absorbed more than 90 % of the excess heat in the climate system and up to 30 % of the greenhouse gases emitted since the 1980s, the IPCC reports. However, the buffer capacities could be exhausted very soon. As the special report on the state of seas and ice sheets published in September warns, the result would be the catastrophic acceleration of changes in the global climate system.

The reduction of Arctic sea ice matters too. Ice reflects solar radiation, so a frozen Arctic Ocean is shielded from large amounts of energy input. By contrast, the open ocean can heat up considerably, preventing the formation of new sea ice. According to the IPCC, this self-reinforcing effect could make the Arctic ice free in summers by the end of this century. The scholars state that it will contribute significantly to global warming.

Tropical cyclones are set to become more damaging moreover. Many of the more than 7,000 studies that are the basis of the IPCC report predict that their average intensity and the associated precipitation will increase permanently if global temperatures rise by two degrees on average. Other extreme weather events will become more intense or happen more frequently as well.

As sea levels rise, stronger storms will further exacerbate risks of coastal flooding. Experts reckon that, by 2050, many coastal megacities will experience at least once a year the kind of flooding that previously would only happen once per century on average. The same is said of small islands. The IPCC report warns that millions of coastal people are set to lose their homes. Some island states may even become uninhabitable.

Coastal ecosystems such as mangrove forests and coral reefs normally protect the coasts from storms and erosion. However, almost half of the world’s coastal wetlands have been lost in the past 100 years. The IPCC authors view this development with concern. Compounding the problems, the loss of warm-water coral reefs will adversely affect food security and tourism. The decline in biodiversity undermines fishermen’s livelihoods. Increasing ocean acidification, sea heat waves, oxygen loss, pollution and increasingly frequent harmful algae blooms also have detrimental impacts on the diversity of species.

The higher sea levels rise, the more difficult coastal protection becomes. Many of the measures taken so far are not ambitious enough, the scholars insist. While efforts to manage the risks have been increasing, action too often remains half-hearted and inadequate. For example, marine protected areas and water management systems tend to be fragmented. Holistic solutions across sectors and administrative jurisdiction are needed.

The IPCC report still sees scope for effective coastal protection reducing the risk of flooding worldwide by half. Billions of dollars would have to be invested for that purpose. In densely built-up coastal regions, dikes and other artificial constructions are perhaps the most cost-effective measures. Elsewhere, the authors recommend ecosystem-based adaptation strategies, such as the reintroduction of mangroves and seagrass meadows. This would not only strengthen water quality and coastal biodiversity. It would contribute to climate protection because coastal ecosystems absorb carbon. Ultimately the report leaves no doubt that all mitigation measures and adaptation strategies must be implemented fast.

Link
IPCC, 2019: Special report on the ocean and cryosphere in a changing climate.
https://www.ipcc.ch/srocc/home/