Two factors that foster success have become quite evident in evaluations of GIZ education projects. First of all, the needs and special circumstances of the target communities must be taken into account, and second, the people themselves should be actively involved in planning interventions.

contributed to D+C/E+Z in winter 2015/2016 as senior expert in the GIZ’s evaluation department.

contributed to D+C/E+Z in winter 2015/2016 as researcher at the Institute for the Management and Economics of Education (IBB) at the University of Teacher Education Zug (PH Zug) in Switzerland. 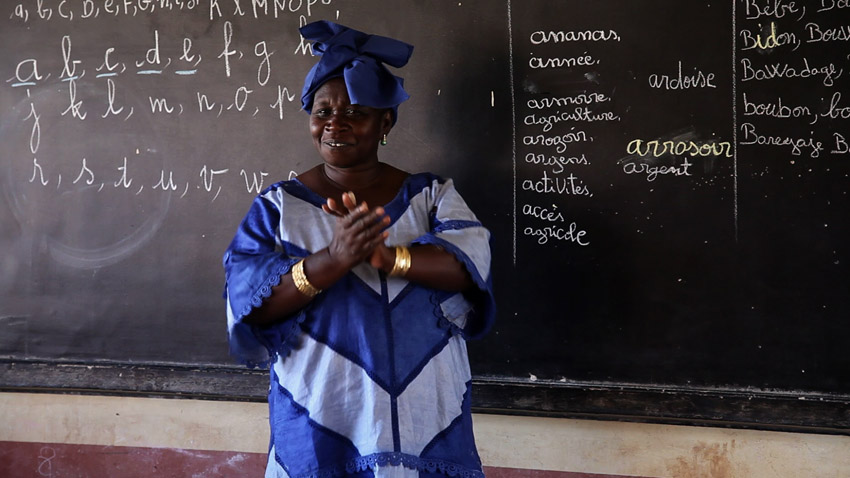 In cooperation with several research institutes, the GIZ has run evaluations of various education projects, most of which concerned primary schools. The results show that mixing particular measures is particularly promising. Text books and other teaching materials should refer to the social context the children know. They should proactively tackle gender issues and motivate children to become involved in classes. The language should be simple. An appealing layout with nice illustrations is needed too. Moreover, there should be manuals that support teachers who prepare for lessons.

In Ghana, the GIZ linked teachers’ training courses with informal networking and measures to boost formal organisations in the education sector. Teaching materials were thus drafted and designed in close cooperation with various partners at various levels. At the local level, the teacher colleges were involved. At the district level, the government’s school offices were engaged. One result was political support for the intended reforms, another was that capacities were built among key actors.

In contexts of fragile statehood, flexibility is essential. Non-formal schools have proved useful. Examples include the so-called “home schools” for Afghan children in refugee camps in Pakistan and programmes that linked primary education with vocational training for youth in the Democratic Republic of the Congo. Civil strife, as occurred in Yemen or Guinea, for example, makes it very hard to implement projects in a lasting manner.

The evaluations show that the political and institutional context matters very much. Sometimes projects successfully supported reforms in the education sector, but proved unsustainable because of political change or partner organisations’ shifting priorities. The evidence shows that projects are often designed in an optimistic mindset and require more time than initially expected. Another insight is that sustainability depends on change becoming deeply entrenched in partner countries’ institutional environment. For planning education projects, it is very important to understand and take account of the local circumstances. The GIZ will act accordingly in the future and has designed proper assessment tools.

Gender justice is a particular challenge in educational contexts. The evaluations show that girls’ access to schools has improved in sub-Saharan Africa thanks to GIZ projects. One study in Guinea confirmed that the attitude of the girls concerned has changed, so they now behave in a more self-confident manner. Moreover, they enjoyed going to school.

The GIZ projects were meant to boost the respect for educational institutions in partner countries. The evaluations show that most projects achieved that goal. However, the monitoring systems were not fully suited to track the impact on children. They focused on graduations and on how many children continued on to secondary education. The evaluators recommend to adopt additional methods to track what pupils actually learn. The GIZ will follow that advice in order to improve its performance and boost its impact.

Alexander Erich is a senior expert in the GIZ’s evaluation department.
alexander.erich@giz.de

Pierre Tulowitzki is a researcher at the Institute for the Management and Economics of Education (IBB) at the University of Teacher Education Zug (PH Zug) in Switzerland.
pierre@tulowitzki.info