In Afghanistan, the production and trade of illegal drugs are an important industry. Almost 85 % of the villages in the country’s south cultivate opium poppies. The drug economy provides a regular and somewhat reliable income to rural people in this extremely unstable country. Yield fluctuations have more to do with the weather than with policy measures.

contributed to D+C/E+Z in winter 2018/2019. She teaches political sociology and drug policy at the Protestant University of Applied Sciences in Bochum. 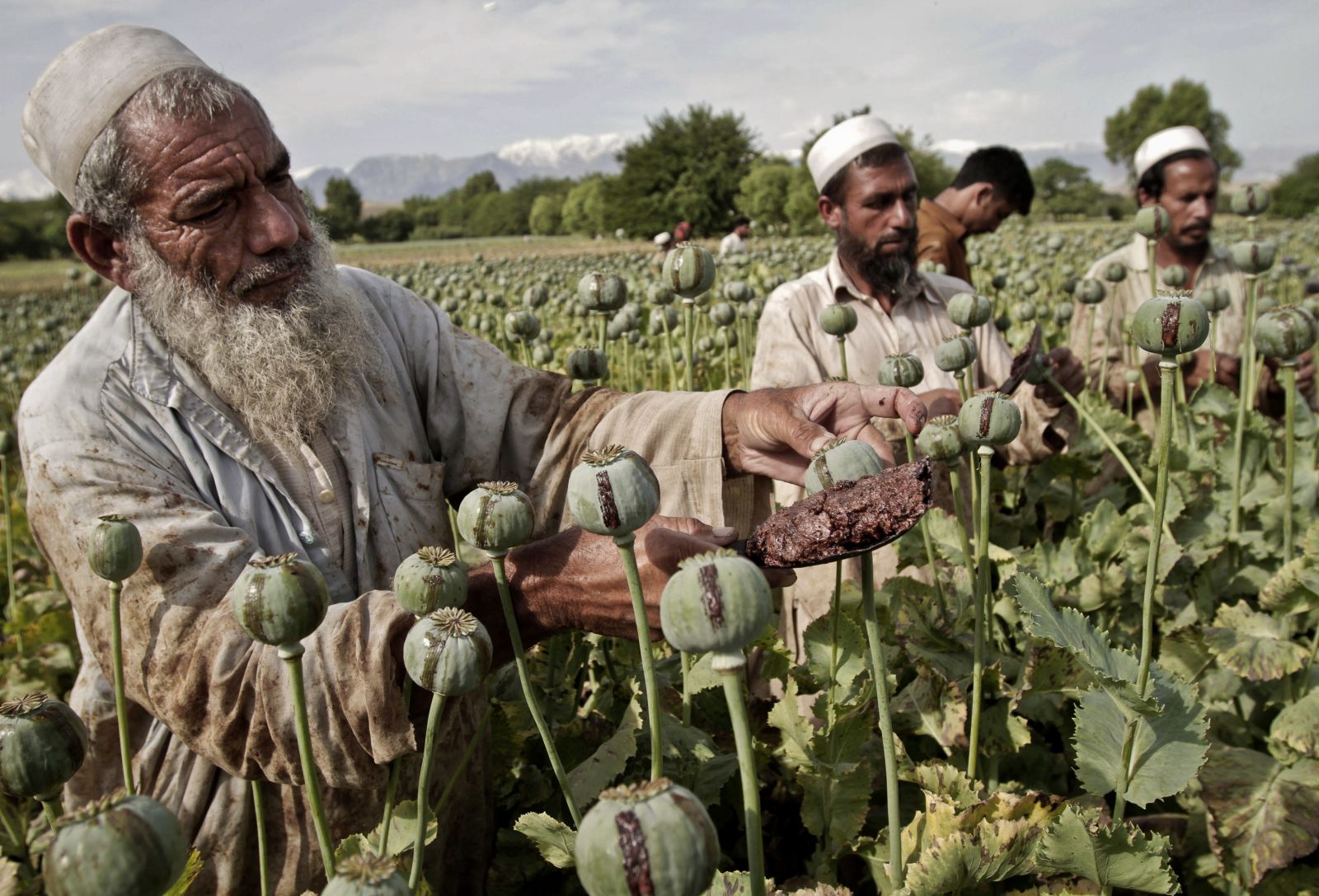 For over 25 years, Afghanistan has been the world’s main cultivation area of opium poppies and the primary supplier of opium, hero­in, morphine and other opiates. In the past year, the country’s total cultivation area for opium poppies grew by 63 % to 328,000 hectares, thereby achieving a new record. The southern provinces of Kandahar, Uruzgan and Helmand are the centres of production.

Figures concerning cultivation and production vary from year to year, but that has less to do with targeted political interventions in the drug sector than with
occasionally unfavourable weather. Trade dynamics matter too. As every free market, the drug market responds to supply and demand. If supply is abundant, prices drop. In order to put a check on volatility, supply needs to be limited.

Smuggling cartels and distributors thus keep opium in reserve in hidden storage facilities, creating artificial shortages. According to estimates, the total amount of opium in storage is somewhere between 10,000 and 15,000 tonnes. Because opium does not spoil, smuggling networks are free to manipulate supply at any time. Moreover, new substances with different combinations of opiates are constantly being developed in order to stimulate demand.

Because of the record harvest of 2017, experts estimate that approximately 7,600 to 7,900 tonnes of opium can currently be processed into heroin, so a record amount could soon flood the global drug market. The UN Office on Drugs and Crime (UNODC) believes that about 550 to 900 tonnes of heroin with a very high purity of 50 to 70 % will be available globally this year. However, prices are expected to be high. Especially in the lucrative western European markets, the rule of thumb is: the higher the degree of purity, the higher the price for a gramme of heroin.

Up to a third of the economic output

In Afghanistan, the drug sector has been estimated to be worth between $ 4.1 billion and $ 6.6 billion, which would amount to about 20 % to 32 % of the country’s gross domestic product in 2017. One year earlier, the share was a mere seven percent. In 2017, about 354,000 people were working full-time in the drug business, which also employed many part-timers and occasional workers.

The difference in profits between opium cultivation and the cultivation of legal crops like wheat, rice, corn or tomatoes has decreased significantly. Nevertheless, farmers stick to growing opium because they expect prices to stay stable. Money can be earned not only through cultivation and harvesting. There are also jobs in the transport, trade and chemical processing of opiates.

Agriculture dominates Afghanistan’s rural areas with weak infrastructure, and a considerable share of the people depends on poppy cultivation and drug production. In the western and northern regions, poppies are cultivated in about a third of all villages, in the west in over half, and in the south in almost 85 %. Drug cultivation provides not only farmers with secure incomes, but also many day labourers, migrant workers and former refugees returning from neighbouring Iran and Pakistan, for example.

The country’s security situation remains volatile, and that boosts the drug economy too. In past decades, the illegal business has become professionally organised. It is now largely immune to any law-enforcement efforts. Such efforts have not been made systematically, moreover. The policy of intentionally including former warlords in the new governance system by granting them positions of power has allowed them to act as official political operators while remaining constituents and protectors of the illegal drug economy at the same time. They have assumed patronage roles in the drug sector. Some managed to rise in its hierarchy.

From the highest levels of government, former warlords have been exerting influence on newly created drug-fighting institutions – especially the security forces. These patrons have torpedoed enforcement measures such as arrests, the destruction of fields, investigations into smuggling rings and the seizure of large drug volumes. Their attitudes have invigorated the drug economy, but badly damaged the credibility of the state. Government action has been reduced to symbolic engagements like the small-scale destruction of fields and the arrest of low-level poppy farmers or drug dealers.

For decades, cultivation has been concentrated in the southern provinces, which are also the traditional spheres of influence of the Taliban and other insurgent groups. It has therefore been assumed that the drug economy serves primarily to fund their operations. This interpretation is most superficial, however, and ignores the complexity of the national and regional drug trade.

Yes, the Taliban and other insurgents do indeed profit, but there are many other beneficiaries. They include regional militia leaders, mullahs and village headmen, all the way up to high-ranking officials in the central and provincial governments. They rake in drug revenues, for example, by collecting protection money and tariffs.

Even more drug profits, however, accrue outside Afghanistan. Along the most important route to western Europe, the so-called Balkan route, Turkish and Kurdish mafia organisations and clans dominate the illegal business.

Revisiting the peace versus justice debate