Concern for the most vulnerable

“De-risking” is a new catchword in development finance. It means to reduce the risks that are linked to any given project or programme. The “crucial question”, in the eyes of the prominent development sociologist Michael Cernea is: “whose risks?” Not only investors need protection, he argues, but so do the people who are displaced, victimised and at risk of poverty. Once the World Bank’s new Environmental and Social Framework comes into force next year, however, they will be even more likely to be neglected than they have been so far. 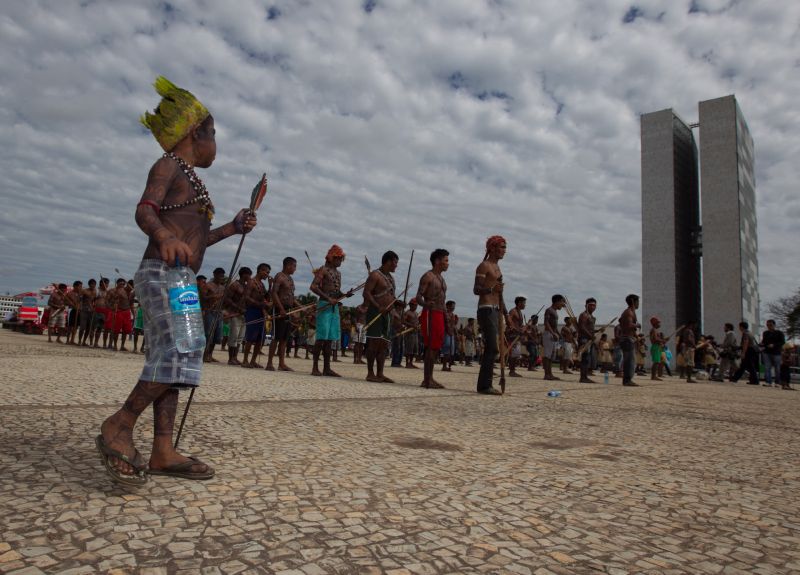 Cernea certainly knows about risks that go along with aid. In 1974, he was the first ever sociologist to become a member of World Bank staff. He spent the next quarter century fighting intellectual battles inside and often outside the institution, demanding that official development assistance take into account social-science knowledge, and not only consider economic modelling. He edited a seminal book “Putting people first” (1985/1991), which was translated into many languages and has become a classic text on participatory development.

Formally retired from the World Bank, Cernea continues to be a prolific writer. At the World Bank he was responsible for several ground-breaking achievements, but is perhaps best known for his work on forced displacement. In 1980, the World Bank published a policy he had drafted on the matter. It ushered in a new era because other multilateral and bilateral agencies fast adopted similar approaches in their policy guidelines.

The new policy pointed out that development-related large-scale displacement affects millions of people. It must be avoided to the extent possible. If it cannot be avoided, the negative impacts must be contained. The poorest people must not be forced to bear the costs of development. The World Bank has to assume responsibility and cannot leave the issue to local authorities relying on local means.

The policy stated that, when a project leads to displacement and necessitates resettlement, the related costs are an integral component of that project. The point was that financiers and governments cannot treat people like disposable goods. People have rights, ownership and aspirations.

IRR is a planning tool that Cernea developed and made quite popular. The three letters stand for “Impoverishment risks and reconstruction model for resettling displaced populations”. He first presented it at a conference on hydropower in China.

The model identifies eight fundamental and recurrent risks that recur in the context of forced displacement:

These risks must be controlled. Depressingly, that is not what “de-risking” as used in the current jargon of international financial institutions (IFIs) means. Instead, de-risking is a one-sided strategy to mobilise private capital from risk-shy investors. One option is to provide risk insurance, another is to ensure that the regulations of developing countries permit attractive returns to private investors.

IFIs including the World Bank and its regional multilateral sisters are keen on leveraging private investments for major infrastructure projects. Unless private-sector capital flows in large amounts, the investment goals set by the G20 cannot be met as it will prove impossible to channel trillions rather than merely billions of dollars into infrastructure.

Top IFI managers are fond of de-risking, but it is alarming that they tend to only consider investors’ risks. At least that was evident at this year’s spring meetings of the World Bank and the International Monetary Fund in Washington. Local people’s risks of being uprooted, marginalised and impoverished in the context of large infrastructure projects was hardly considered. The lessons that Cernea taught are not being heeded.

IFIs must do more than state their commitment to inclusive and sustainable development. The risks poor people face – and in particular displacement – must be recognised in advance and addressed transparently in cooperation with the communities concerned. The IFIs have adopted environmental and social standards that oblige them to do so.

The depressing truth, however, is that the standards are not enforced stringently for several reasons, and things are likely to get even worse. Typically, the governments of the countries where infrastructure is being built show little concern for poor and marginalised groups. They want new roads, dams, mines, power plants et cetera. IFI managers, in turn, are interested in implementing many projects fast, not least because they fear to be crowded out by private-sector banks and new multilateral banks, such as the China-led Asian Infrastructure Investment Bank, which is based in Beijing.

The World Bank’s new Environmental and Social Framework (ESF) will become effective in 2018. Experience shows that it is likely to be emulated by other IFIs. The new Framework takes a “risk-based approach”, which means that risks do not have to be identified early on, but will be tackled as they emerge in the course of a project. Moreover, the new Framework increasingly relies on the environmental and social standards of borrowing governments rather than on multilateral standards.

According to Cernea’s experience, the “risk-based” approach means that displacement risks will increase without mitigation. He says the World Bank should not be “learning by doing” because that means that “others will have to pay the costs” of lessons. Moreover, the Bank will keep forgetting what it has just learned. “The next project will be just the same,” Cernea warns.

Cernea points out that infrastructure projects require land and, in past decades, have uprooted millions of people. In his view, it is a growing pathology in development finance that projects are given “right of way”, whilst displacement and impoverishment are not properly addressed.

Korinna Horta is a senior adviser with Urgewald, a non-governmental organisation based in Germany.
korinna.horta@gmail.com