“Failure is not an option”

Asian–European cooperation must contribute to making COP 21 a success, says Loren Legarda. COP 21 is the 21st Conference of Parties of the UN Framework Convention on Climate Change that will be held in Paris in December. Ahead of the summit, the UN has called on all countries to submit what they plan to do to mitigate global warming and adapt to it. Hans-Christoph Neidlein talked to the influential Philippine senator, who has been dealing with climate issues for many years.

contributed to D+C/E+Z in summer 2015 as a member of the Phillippines Senate and chair of its Committees on Climate Change and on Environment and Natural Resources. She is also a UN Champion for Disaster Risk Reduction and Climate Change Adaptation for Asia-Pacific. 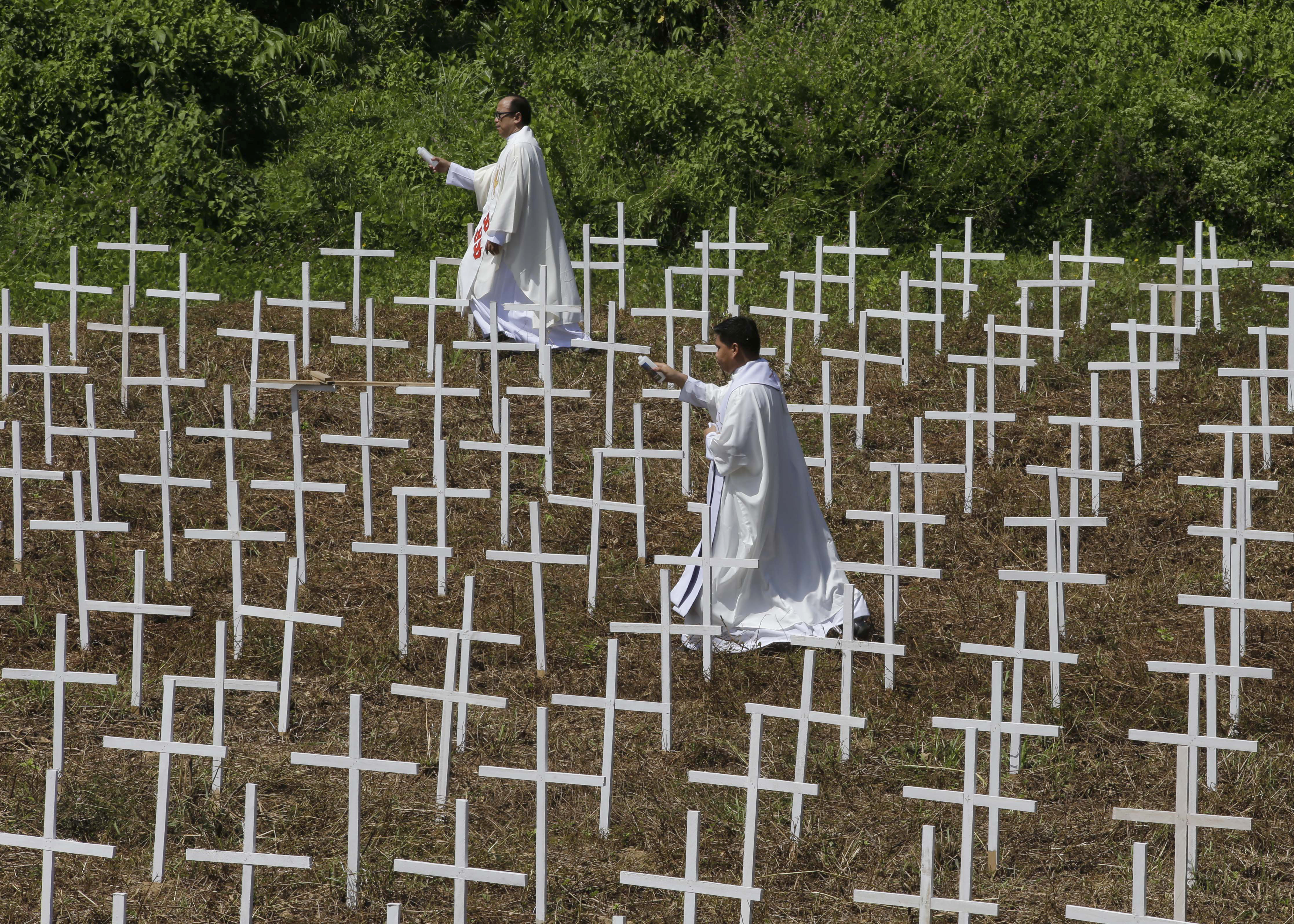 How does climate change affect the Philippines?
The Philippines is highly vulnerable to the impacts of climate change.  Several studies have noted this. A 2012 Asian Development Bank study, said that the Philippines is among the most vulnerable countries, and it is ranked 5th in terms of individuals affected by sea level rise. We are in the path of major weather disturbances that could significantly damage properties and cause massive losses in human lives.  We are geographically susceptible and our coastal populations and farming and fishing communities are greatly exposed to natural hazards. We face high financial risk from natural hazards and our development would need to keep pace, if not surpass, the growing challenges of climate change.

What are the main challenges at the international level?
The main challenge is to get 197 state parties, with diverse realities and interests, to agree on a global climate deal. I envision the negotiation challenges to revolve around the issues of targets, responsibility of parties and funding, among others. Developed industrial countries are likely to resist the responsibility of making the earliest and deepest emissions reductions because they think other major economies have failed to carry out their responsibilities. On the issue of funding, small island states have their own position on compensation, while developed countries have long considered this unacceptable. On the issue of targets, negotiators will need to agree on whether to set a limit – and at what level – or not to set a target at all.

Do you see promising steps at the global level?
I am very hopeful that the COP21 would be very different from the past conferences in that it would lead to real climate action. But the success of climate mitigation and adaptation programmes lies in the effectiveness of local action. No matter how ambitious our goals are, we wouldn’t achieve them unless we are able to translate them into local action.

Who are the main “pushers” und “draggers”?
We are in a constant battle with ourselves when we talk about climate change. Generally, our mindset is toward what is needed for progress, a strong GDP, economic stability, urbanisation, and the like, without realising that, as we aim for progress in the traditional way, we are robbing resources from future generations and working against our very own survival. What we need, each one of us, is a change in mindset—from extractive and consumptive economics to low-carbon and sustainable development.

Is the Green Climate Fund, which has been set up to manage international climate finance, becoming operational fast enough?
It is injustice to witness the devastating impacts of climate change being borne by the poorest nations with the least responsibility for having caused it and the least capacity to adapt. For the developed world to compensate, the operationalisation of the Green Climate Fund must be at full speed. Delayed action would only mean poor and vulnerable countries’ continuous suffering from floods, hunger, displacement and economic setbacks.

What is the Philippine government doing to promote climate protection and adaption to climate change?
In response to the urgency for action on climate change, the Philippines passed Republic Act No. 9729, also known as the Climate Change Act of 2009. It is anchored on the constitutional provision which states that “it is the policy of the State to afford full protection and the advancement of the right of the people to a balanced and healthful ecology … to fulfil human needs while maintaining the quality of the natural environment for current and future generations.” RA 9729 established the Climate Change Commission, an independent and autonomous body that has the same status as that of a national government agency. The Commission is under the Office of the President and is the “sole policy-making body of the government which shall be tasked to coordinate, monitor and evaluate the programmes and action plans of the government relating to climate change pursuant to the provisions of this Act.” The law requires that collaboration between inter-local government units shall be maximised in the conduct of climate related activities. It seeks to ensure that climate change issues are mainstreamed, in synergy with disaster-risk reduction, in  national, sectoral and local development plans and programmes. The Commission is tasked to formulate strategies on mitigating greenhouse gases and other anthropogenic causes of climate change, and to recommend key development investments in climate-sensitive sectors such as water resources, agriculture, forestry, coastal and marine resources, health and infrastructure to ensure the achievement of national sustainable development and adaptation and mitigation measures.

But is there progress?
Yes, there is. In 2011, the National Climate Change Action Plan was published, assessing the current situation of the country with regard to climate change risk. It also prioritises food security, water sufficiency, ecosystem and environmental stability, human security, climate-smart industries and services, sustainable energy, and capacity development as the strategic direction for 2011 to 2028. That same year, the president issued Executive Order No. 43 to create a Climate Change Adaptation and Mitigation Cluster to pursue the adoption of climate change adaptation and mitigation measures by local government units and their respective communities, national government agencies and the general public, and to ensure that these are incorporated in their annual work plans and budgets.  Congress further amended the Climate Change Act to establish a People’s Survival Fund that would provide long-term finance streams via local government units and eligible non-governmental organisations. Moreover, Executive Order No. 174 has institutionalised a greenhouse gas-inventory management and reporting system, and tasks the Climate Change Commission to lead the formulation of adaptation and mitigation policies and strategies. The Commission is designed to provide the direction in accounting and reporting greenhouse gas emissions, develop a system for archiving, reporting and evaluating inventories and facilitate continuous capacity-building initiatives. Other departments and agencies of government must ensure that the respective sectors they oversee are heading towards a climate-resilient and sustainable pathway.

What can the Philippines government do to make COP 21 succeed?
The task of bringing the COP21 in Paris to its successful conclusion is the collective responsibility of all the participating countries who need to reach agreement on measures to keep the global temperature increase below two degrees. The Philippines and France, in February of this year, issued a “Manila Call to Action on Climate Change”, for a global climate deal at the COP21.  We hope to share with other delegations our views, based on first hand experience, for a universal climate change agreement.  There can be no more compelling reason to bring the COP21 to its conclusion other than the realities that countries like the Philippines face on account of climate change. The Philippines must use its unique voice to urge other nations to ready their commitments for COP21, being the third most vulnerable country extreme-weather related events, according to a 2013 World Bank study, and having been devastated by Super Typhoon Haiyan.

Is your government being heard?
This year the Philippines is president of the Climate Vulnerability Forum—a South-South cooperation platform that involves 20 countries that are highly vulnerable to a warming planet. We must lead by example, moreover, and submit to the UNFCCC Secretariat a convincing document on our Intended Nationally Determined Contributions (INDC) “that facilitates clarity, transparency, and understanding.“ Through the oversight powers of the Senate Committee on Climate Change, I will ensure that my own country will be more than prepared for COP21, through public briefings that I will chair, convening the Climate Change Commission and other relevant agencies in discussing the determination of our INDC.

Do you see a regional ASEAN coalition for an effective COP 21?
The ASEAN Working Group on Climate Change (AWGCC) was formed to “encourage ASEAN common understanding on climate change issues and where possible, engage in joint efforts and common positions in addressing these issues.” ASEAN member states will, in fact, have a workshop this coming July to contribute to the Asia-Europe dialogue on climate change issues in preparation for the COP21.  This is vital in ensuring that a common understanding be developed with regard to desirable COP21 outcomes.  Having a shared understanding of issues and proposed solutions is the first step to a successful COP21.

How do you see the role of Philippine NGOs?
NGOs play a vital role in the COP process. The Philippine NGOs will be there, in solidarity with NGOs from other countries, to extend a call for climate action. They serve as the voice of the people and they seek to deliver a resounding call for governments to listen to the demands of the people for a solution to the world’s climate emergency.

Are you optimistic that COP 21 will be a success?
We all need to be hopeful and optimistic.  We all seek to achieve a universal climate change agreement. My optimism is anchored on the wide-ranging efforts undertaken by France, the host government of COP21, and other countries to achieve a universal climate change agreement. France has expressed a strong commitment to ensure the success of COP 21, embodied in our joint Manila Call to Action on Climate Change during President François Hollande’s visit. The Sendai Framework on Disaster Risk Reduction has been adopted by no less than 187 states in the UN World Conference on Disaster Risk Reduction in Japan. We eagerly await affirmation of the post-2015 development agenda on sustainable development goals at the UN Summit in September. Together these build a strong foundation for fruitful discussions in Paris towards what we hope to be a “universal, equitable and ambitious” international climate agreement.

And what if Paris fails?
Failure is not an option.  Science paints a grim picture of the future if we fail to reach an agreement to reduce emissions. We are seeing the impacts now in terms of economic and social losses, as well as impacts to life and property. Without success at COP21, the situation can only become worst.

Loren Legarda is a member of the Philippines Senate and chairs its Committees on Climate Change and on Environment and Natural Resources. She is also a UN  Champion for Disaster Risk Reduction and Climate Change Adaptation for Asia-Pacific.
theresa@osl.ph

The global threat of dengue