Tunisia’s Constituent Assembly passed the country’s new constitution on 26 January 2014. Even though some paragraphs contain ambiguities, the constitutions spells out the Arab world’s most democratic order by far. 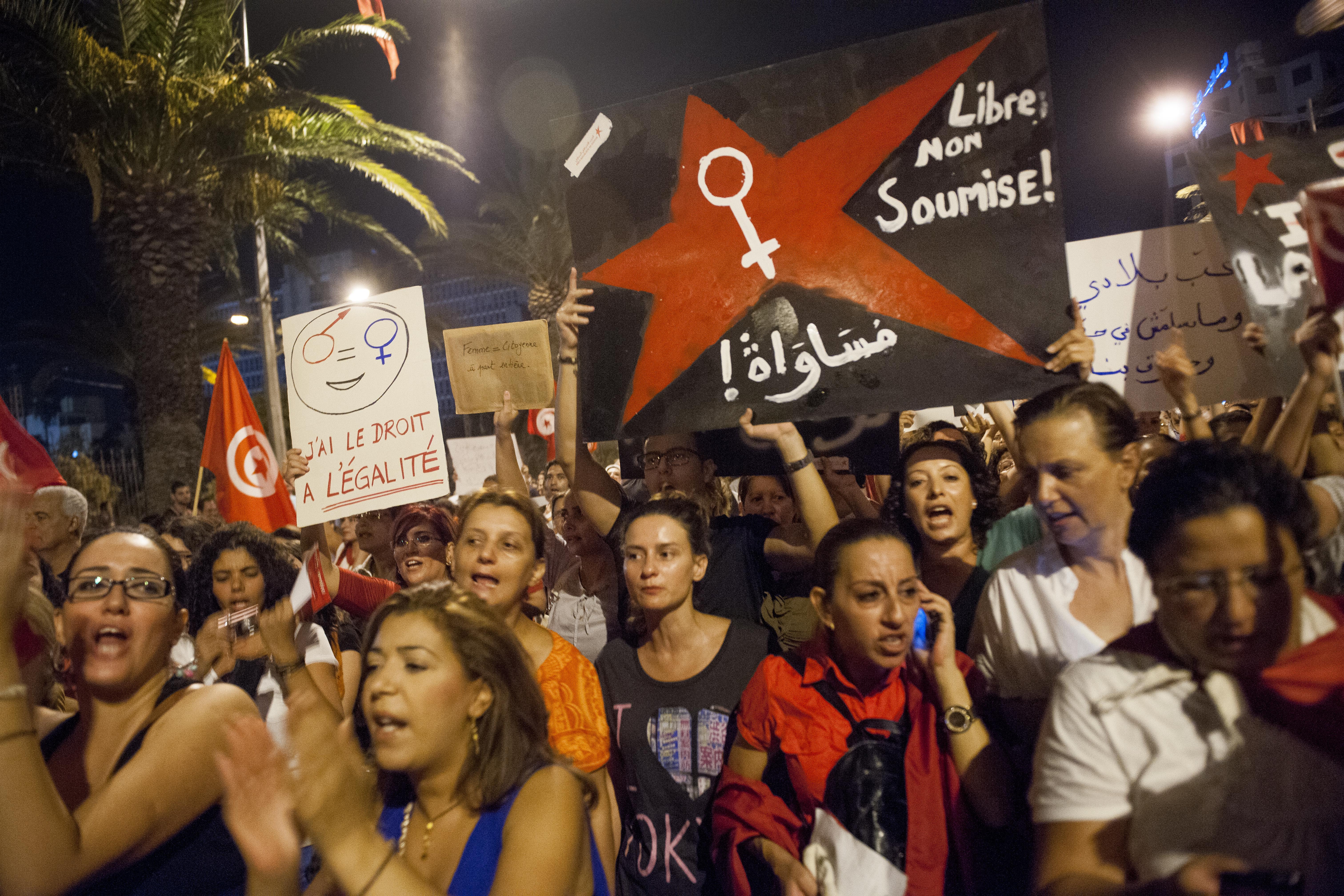 Fauque Nicolas/abaca/picture-alliance Demonstration for women's rights in summer of 2012.

Controversial issues included the role of religion, the freedoms of faith and expression as well as equal rights for women and men. Paragraph 1 now states that Islam plays a central role for the nation, but it does not define that role in relation to the state. The head of state, however, must be Muslim. Paragraph 6 guarantees the freedoms of faith and conscience, but also spells out that the state must protect  religion.

In regard to gender relations, the existing family law remains in force. It acknowledges women’s rights. The constitution also establishes a new principle according to which women must be represented in all elected bodies. Finally, it directs the state to fight and eliminate violence against women.

Tunisia’s legislators, moreover, passed a law on transitional justice (Loi sur la Justice Transitionelle) in December 2013. The law is meant to facilitate the country’s transition to democracy by dealing with the human-rights violations that were committed during the dictatorships of Zine el-Abidine Ben Ali (1987 to 2011) and Habib Bourguiba (1956 to 1987). A 15-member commission for truth and dignity (Instance Verité et Dignité) was established on the basis of this law and has recently begun to work. The members are competent and generally respected. The commission only has rather limited funding and staff, so it remains to be seen, how successful it will be in tackling crimes that were perpetrated in 55 years of despotism.

Tunisia has thus established means to deal with the past and establish democratic rule. Success, however, is not guaranteed. (ms)