We don’t take orders from the government

Germany’s constitution is called the Basic Law. It guarantees religious freedom among other unalienable human rights. 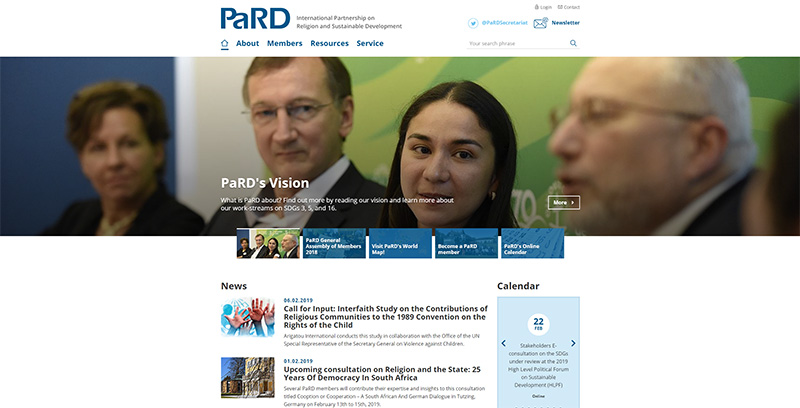 As Hans-Jürgen Papier, a former president of Germany’s Constitutional Court, explains, religious freedom does not only mean that every person is free to opt for the belief of their choice. It also means that faith communities have the right to self-administration and that government agencies may not interfere in their affairs.

One implication, Papier argues, is that Muslim communities are entitled to receive funding from abroad to run Mosques in Germany. Another one is that Muslim women must be allowed to wear headscarves.

While church and state are separate in Germany, the Basic Law gives scope to extensive state-church cooperation. For instance, the national revenue service collects specific taxes from registered Protestants and Catholics. These taxes serve to fund the churches. In principle, Muslims could benefit too, Papier says. The reason they cannot do so is that mosques generally do not have a registered membership. That is in line with Sunni tradition, but does not fit the requirements of modern Germany’s administrative system.

Moreover, German state-church relations are guided by the principle of subsidiarity. It means, for example, that many schools and hospitals are run by faith-based organisations with government funding. The government must ensure that facilities are available, but it must not run all of them itself and it must not obstruct institutions established by independent organisations. Faith leaders appreciate that the subsidiarity principle ensures the churches’ autonomy.

In Germany, state-church cooperation extends to international-development affairs. Several faith-based charities get public funding for their development efforts. The most important are Misereor, a Catholic outfit, and Brot für die Welt (Bread for the World), a Protestant one.

According to Cornelia Füllkrug-Weitzel of Brot für die Welt, cooperation with the Federal Ministry for Economic Cooperation and Development (BMZ) is good. Brot für die Welt gets lump-sum funding and is free to use it according to its own guidelines, which the ministry appreciates. It cannot, of course, use public funding for missionary purposes, must fully account for spending and is bound by the BMZ's general rules on official development assistance. Within those parameters, church-based agencies have considerable leeway.

Füllkrug-Weitzel wonders, however, whether Germany’s Federal Government is similarly guided by the subsidiarity principle when interacting with agencies from developing countries. She notes that international donor institutions are increasingly interested in cooperating with faith-based organisations, and welcomes the establishment of PaRD (International Partnership on Religion and Sustainable Development) in this context. Members of PaRD include government agencies, international organisations, faith-based organisations and other civil-society agencies. The secretariat is hosted by the GIZ.

While recognising the value of cooperating with many partners, Füllkrug-Weitzel points out that churches and their charitable organisations aspire to be instruments of God. They don’t see themselves as service agencies that take orders from governments or multilateral institutions. Accordingly, the subsidiarity principle is relevant in international relations. (dem)

Correction, 21.03.2019, 13:30: The following two sentences were added after publication: "It (Brot) cannot, of course, use public funding for missionary purposes, must fully account for spending and is bound by the BMZ's general rules on official development assistance. Within those parameters, church-based agencies have considerable leeway." We only figurted out too late that, without that information, the entire story might be misleading.