Micro, small and medium-sized enterprises (SMEs) need access to adequate funding. Their relevance for sustained growth and increased employment is beyond question. This article discusses whether and to what extent crowdfunding can serve to finance SMEs in Africa.

last contributed to D+C/E+Z in the spring of 2021. He works with the GIZ in Lilongwe as team leader of the technical assistance project “Strengthening Public Financial and Economic Management in Malawi”. 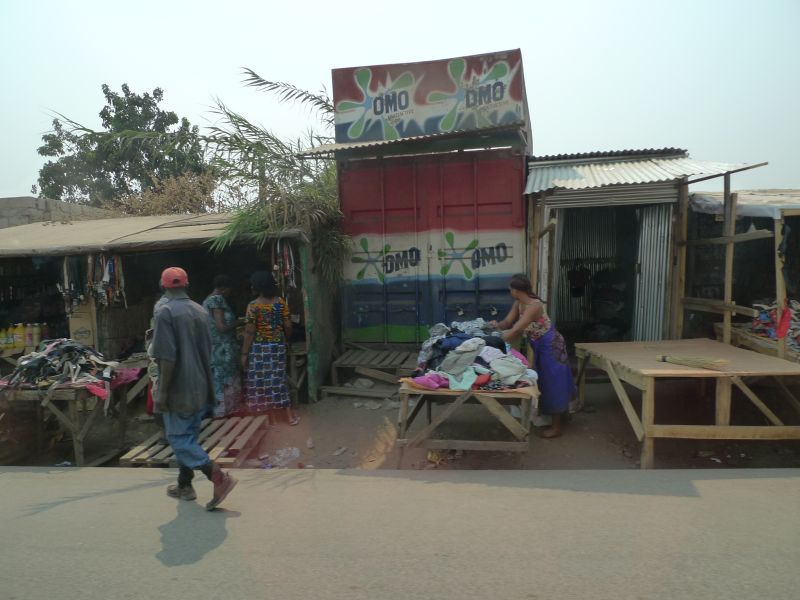 An enabling environment for new and existing SMEs is essential for sustainable, inclusive growth and the creation of enough new jobs to offer a secure future to the continent’s young and fast growing population. Small and medium-sized enterprises account for around 80 % of jobs in Africa. Even though the obstacles to growth differ from country to country, there is broad agreement that the lack of access to financial services – especially loans and equity capital – is a fundamental problem across Africa.

Available statistics show that growth and jobs are generated where  companies’ access to credit improves. In the sustainable development goals 8 and 9 (decent work and economic growth / industry, innovation and infrastructure), the UN 2030 Agenda acknowledges the links between better SME financing opportunities, job creation, full employment and decent work. Innovative approaches in policy and finance are needed beyond the conventional finance industry. The potential of alternative financing mechanisms such as crowdfunding (see box) must be utilised.

The rapid growth of the crowdfunding sector is a well-documented global trend. In 2015, the total volume of crowdfunding amounted to $ 34.4 billion. That was more than twice the sum registered in 2014 ($ 16.2 billion) and five times as much as in 2013 ($ 6.1 billion). North America is the biggest crowdfunding market, followed by Asia and Europe.

The figures for Africa vary considerably and are rather unreliable. What is clear, however, is that Africa is still in the “beta” development phase. Crowdfunding has not yet become an established financing mechanism. In 2015, African crowdfunding was estimated to have amounted to $ 127 million, of which $ 94.7 million was mobilised through international platforms and only $ 32.3 million raised in Africa. The estimate for 2016 was $ 190 million. According to other sources, the crowdfunding volume stood at just $ 83.2 million in 2015, of which some $ 75 million was raised by campaigns on international platforms. It is interesting to note that crowdfunding for African projects follows the established pattern of development cooperation with most of the money coming from the global North via international crowdfunding platforms.

In a study of 2013, the World Bank estimated that the crowdfunding potential for Africa might rise to $ 2.5 billion by 2025. Patrick Schofield, the founder of the South African crowdfunding platform Thundafund, is similarly confident: “Crowdfunding has been a phenomenal driving force of creative development in the US and Europe. We believe that it can become an equally powerful force in Africa.”

Are we facing hype or realistic assumptions? The G20’s Global Partnership for Financial Inclusion emphasises the potential of crowdfunding. At the same time, it warns that there is still not enough evidence of crowdfunding actually benefiting those who lack access to credit.

According to the World Bank study, crowdfunding offers developing countries the chance to leapfrog conventional capital markets and financial regulations. Crowdfunding can complement or even substitute banks and other financial institutions. Scholars from the Frankfurt School of Finance & Management disagree, however. They contend that banking is always the first phase of financial-sector development, so crowdfunding can only be the next stage, building on a highly-developed financial sector. In the Frankfurt School’s view, the potential for crowdfunding is thus rather limited in developing countries. Crowdfunding is not considered a fast track to financial-market development.

In the USA, Europe and Asia, crowdfunding has become firmly established as a complementary option in an environment of well-functioning, clearly regulated financial markets. Special rules have been introduced, so crowdfunding does not have to meet the same strict regulatory requirements as other types of financing. However, investors do enjoy reasonable regulatory protection. Notable examples include the Jumpstart Our Business Startups (JOBS) Act in the USA or the Small Investor Protection Act (Kleinanlegerschutzgesetz) in Germany.

The business environment in Africa is totally different. That is not only so in regard to market structures and the functional capacity of the financial sector but also in terms of political and legal requirements. According to the UN, only three African countries had adopted a crowdfunding policy last year, and, so far, no African government had enacted specific crowdfunding legislation.

Based on an analysis of the crowdfunding sector in East Africa, the Cambridge Centre for Alternative Finance concludes that crowdfunding regulation would actually be premature. Its experts argue that, to promote market development, the first step should be to conduct a systematic survey of the experiences of existing crowdfunding platforms. On such a base, a regional regulatory approach could then be drafted in broad-based dialogue of government authorities and industry associations.

The World Bank reckons that SME financing requirements of $ 140 to 170 billion are currently not met by the conventional financial sector in sub-Saharan Africa. Such capital shortages obviously cannot be equated with the potential demand for crowdfunded loans and investments. Whether and in what form crowdfunding can make a difference depends on the project concerned and the type and level of financing required. In regard to the supply side, however, it is virtually impossible to estimate investors’ willingness to put up financial resources for crowdfunding.

There are two ways in which crowdfunding can be harnessed to finance SMEs in Africa. One is to develop national African crowdfunding platforms, the other is to develop and use international crowdfunding platforms (see box). At present, there are only a small number of Africa-based platforms, and they have a very small aggregate turnover. But their potential is obvious: they can create investment opportunities for broad sections of the people, including the growing African middle class, thus mobilising domestic resources. Moreover, they can offer equity investments and local-currency loans, allowing SME’s to avoid exchange-rate risks.

The approach is in line with the Addis Ababa Action Agenda (AAAA) which the UN adopted at the Financing for Development conference in 2015. The AAAA does not explicitly mention crowdfunding, but it emphasises the needs to mobilise more domestic resources and improve SME access to credit by developing innovative finance mechanisms.

It is hard to predict how crowdfunding will develop in Africa. Innovations in the financial sector take time. New technologies often face resistance. An African crowdfunding market cannot be developed by “cutting and pasting” from the European, Asian or North American models. Crowdfunding must be adapted to the local business environment and Africanised. It will not be a panacea to solve all financing problems. But it is likely to have a sufficiently strong potential to establish itself in the medium to long term as a useful instrument and major cornerstone of SME finance.

Rolf Drescher is a head of division at the Federal Ministry for Economic Cooperation and Development (BMZ). In this essay, he is expressing his personal views and not elaborating government policy.
rolf.drescher@t-online.de