They get along well unless they must shoot one another

Since 1947, Pakistan has lost four wars against India. Three wars concerned Kashmir and one the independence of Bangladesh. In spite of losing so often, Pakistan’s military wields considerable political influence. Christian Wagner of the think tank SWP explains the reasons.

contributed to D+C/E+Z in winter 2017/2018. He specialises in South Asian affairs at the German Institute for International and Security Affairs (SWP). 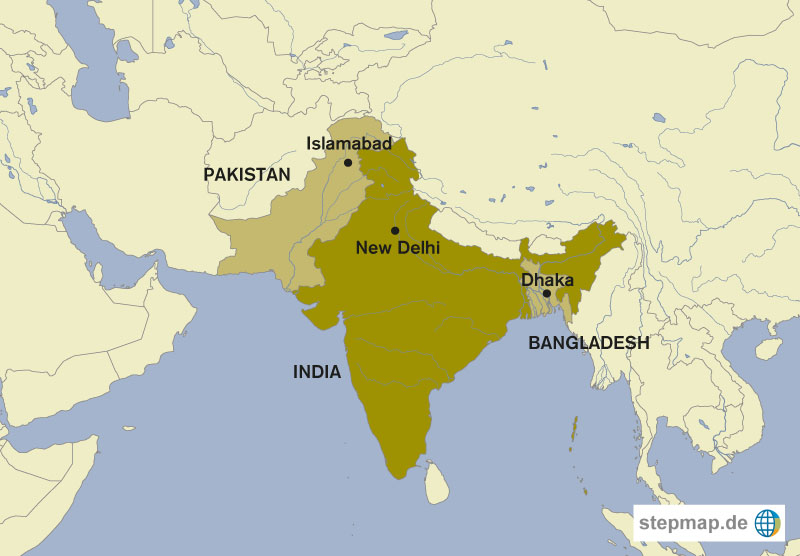 In early January, US President Donald Trump announced his administration would cut military aid for Pakistan, accusing Islamabad of supporting terrorists and duplicity. Was his step wise?
The president’s tweet was deeply offensive and has worsened the bilateral relations. His accusation is not new, and it has been straining the US-Pakistani relations for quite some time. It is not clear, however, whether Trump is backing off from Pakistan or whether he is trying to put more pressure on this ally to cooperate more closely with Washington. In turn, Pakistan has announced it will stop sharing intelligence with the USA. More­over, it may yet block supply routes that US troops in Afghanistan use. Pakistan is also involved in a close partnership with China, and its diplomats have excelled in pitting the two super­powers against one another in the past. If the relations with the USA deteriorate further, however, Pakistan’s dependence on China is reducing the government’s foreign policy options.

Is it true that Pakistan’s military and secret service form a deep state which supports Islamist groups?
I don’t think anyone in Pakistan would deny that the military and secret service play a major role in national politics. To what extent the military is still supporting Islamisation is less clear. Since 1947, the military has run the government several times and for several decades. It is a state within the state that sets limits to what policymakers may do. Pakistan is what I would call a “garrison democracy”. It lacks civilian control of the armed forces. The parliament does not exercise any oversight. The military’s many private-sector companies are Pakistan’s biggest business empire. For many years, the armed forces promoted the Islamisation of Pakistan. That was especially true under Muhammad Zia-ul-Haq, the military dictator of the 1970s and 1980s. On the other hand, more Pakistani troops have died fighting the Pakistani Taliban and other insurgent groups than Western nations have lost in Afghanistan. Today, Pakistan’s military too considers Islamist terrorism to be the nation’s greatest problem.

The armed forces of Pakistan, India and Bangladesh have identical historical roots in Britain’s colonial army. However, only in Pakistan does the military constitute a state within the state. Why is this country different?
When India became independent in 1947, the Congress party formed a strong government under Prime Minister Jawaharlal Nehru. The new constitution was adopted fast and took effect in 1950. Nehru paid attention to only letting civilians serve as ministers of defence, so the principles of civilian leadership and democratic legitimacy was firmly entrenched. Pakistan did not have a strong party like the Congress, and Muhammad Ali Jinnah, its independence leader, died soon, in 1948. Pakistan’s parties did not manage to agree on a constitution. Controversial issues included how the different ethnic groups would be represented and what the role of the Muslim faith would be in state and society. The military took advantage of the confusion, and General Ayub Khan grabbed power in the first coup in 1958.

Immediately after independence, and once more in the 1960s, the Indian Army beat the Pakistani one in Kashmir. In 1971, the country’s “eastern wing”, which was more than 2000 kilometres away from the western one, became Bangladesh in a bloody civil war. Why was the political influence of Pakistan’s military not reduced by those defeats?
In 1947, Islam was the founding principle of Pakistan. However, the founding fathers’ vision failed because of the ethnic divergence between the Bengalis in East Pakistan which formed the majority of the population and West Pakistan’s political, business and military elite. The first democratic elections were held in 1970, civil war erupted a few months later, and Bangladesh became a new sovereign nation at the end of 1971. From the perspective of West Pakistani leadership, the country had split in two because Islam had not been sufficiently emphasised. Accordingly, the Pakistani government promoted the Muslim faith in the following years. However, ethnic tensions still mark the country. The Punjabis are the largest ethnic group, and the Sindhis, Pashtuns and Balochs compete with them. After the military coup of 1977, General Zia-ul-Haq accelerated Islamisation. In 1979, the Soviet invasion of Afghanistan turned Pakistan into a front-line state of US foreign policy. Washington and the Gulf monarchies supported the military training of Islamist groups in Pakistan who fought the Red Army in Afghanistan.

Bangladesh too has seen several military coups, and Muhammad Hussain Ershad managed to stay in power for seven years. Nonetheless, Bangladesh’s military does not have the kind of entrenched political clout that Pakistan’s has. Why is that so?
In Pakistan, the military almost always managed to co-opt one of the major political parties, so it never faced a united civilian opposition. Ershad’s rule ended when the two major parties formed an alliance against him. In 1990/91, they rallied and ultimately toppled his military regime. It also matters that Bangladesh is very homogeneous in ethnic terms. More than 90 % of the people speak Bengali. The country – with the exception of the Chittagong Hill Tracts – does not have the kind of ethnic tensions that haunt Pakistan. Moreover, Bangladesh’s first constitution emphasised a secular state. Islam was included in the constitution only under the military regimes after 1975. Finally, Bangladesh’s relations with India are much better, not least because the Indian invasion helped the Bengali insurgents to defeat the Pakistan Army in December 1972.

In 2014, Mohammed Humayun Kabir wrote in D+C/E+Z (January edition, p. 20) that the many peacekeeping missions that Bangladeshi troops take part in are relevant too. He mentioned several reasons. One was that troops adopt international ideas of good governance on those missions. Another one was that peace missions mean money and career opportunities, so the generals don’t want domestic problems to get in their way. However, troops from Pakistan also participate in peacekeeping missions, and that does not seem to have an impact on their leaders’ political attitudes.

That is correct. Pakistan’s military, unlike its Bangladeshi counterpart, sees itself as a crucial political player. Accordingly, the incentives of peacekeeping missions do not change the officers’ mindset. It is actually quite striking that India commits troops to peace missions too, and the blue helmets from all three countries normally cooperate very well when they are deployed together. If they’re not told to shoot one another, they get along perfectly well in foreign countries.