Left-wing populists cause hardship too

Venezuela and Zimbabwe are far apart and rather different countries. Nonetheless, they have a lot in common, especially in regard to their current crises. The underlying problems are actually quite similar. 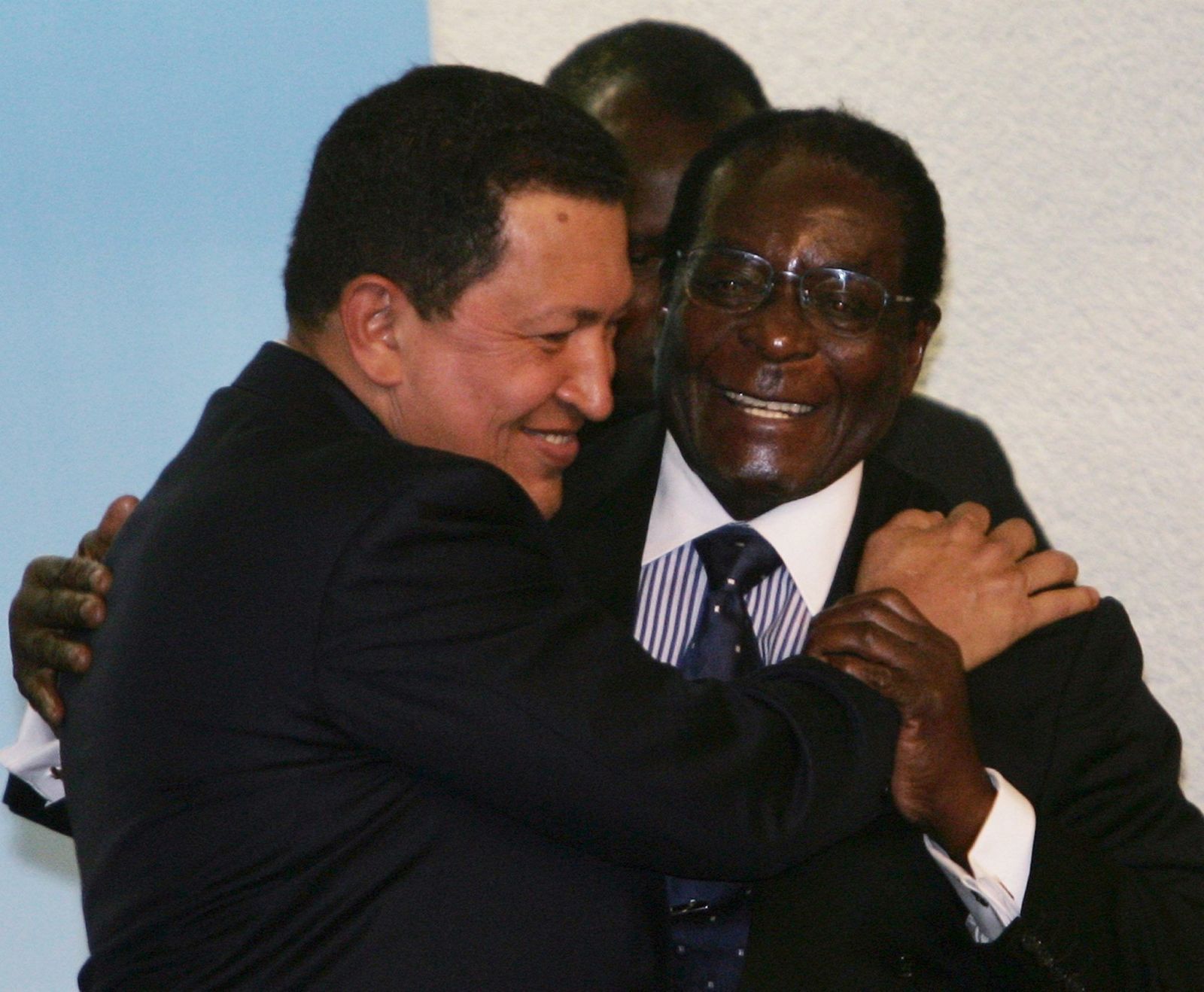 Onorati/picture-alliance/dpa Hugo Chávez, who established Venezuela’s current regime, and Robert Mugabe, his counterpart from Zimbabwe in Rome in 2005.

Protests are currently rocking Venezuela and Zimbabwe. In both countries, masses of people are frustrated and do not trust their political leadership. Both economies have been mismanaged for a very long time, and poverty is now widespread. People’s purchasing power has been eroded by inflation.

The irony is that both countries have left-leaning leaders who claim to ensure their people’s welfare. Instead of building strong and inclusive economies, however, the regimes in both Venezuela and Zimbabwe have focused basically on agitating against opponents. Both countries were once comparatively prosperous in their world regions, but marked by great inequality. After left-wing leaders rose to power, they focused on redistribution, without much concern for making the economy grow. Institutions have suffered as leaders were chosen for political reasons rather than competence, and infrastructures have been crumbling. Masses of people have left both countries.

Both countries, moreover, have become make-believe democracies. Elections are still held regularly, but they tend to be manipulated. Civil society still has some breathing space, but both governments are known to hound opponents, and repression often turns violent. In both countries, independent organisations still operate. Their networks must actually be quite strong, given how fast and effectively they have again and again proved in mobilising protests.

Neither President Nicolás Maduro of Venezuela nor President Emmerson Mnangagwa of Zimbabwe would still be in office without the support of the military. Indeed, both depend more on the endorsment of the generals than the will of the people. At the start of this week, there were signs that some military leaders might abandon Maduro and join the opposition, while there were speculations in Zimbabwe that the top brass might want to replace Mnangagwa with someone of their choice.

The dramas unfolding in both countries illustrate that left-wing populists can cause just as much hardship as right-wing populists do. The term populist is used in many different ways, so it needs to be clarified. According to Jan-Werner Müller, the political scientist, populists make promises they cannot fulfil, claim to directly represent the people and deny the legitimacy of all other political forces. Once in power, they cannot deliver on their promises, so they stay in campaign mode and keep complaining about how evil enemies of the people are obstructing their agenda.

This is precisely how the regimes in Venezuela and Zimbabwe have been operating for decades – in Venezuela since 1999, when Maduro’s predecessor Hugo Chávez was elected president, and in Zimbabwe since 1980, when the liberation movement beat the white minority government of what had been Rhodesia until then.

It has been depressing to observe the decline of both countries under leaderships that promised to bring about positive change. The lesson, I believe, is that building a just society is about more than winning power and enforcing redistribution. Yes, social justice requires redistribution, which is what the social-protection systems of rich nations do. Redistribution, however, is not enough. Economic dynamism is needed too, and that is especially true in countries with growing populations.

By merely focusing on the political struggle and staying in power at all costs, leaders have not served Zimbabwe and Venezuela well. Both countries need a change of government. The trust in state institutions has been eroded, not least because the inner circles of the dominant parties and the military top brass enjoy excessive privileges.

Change in both countries will have to come from within however. Foreign governments can name and shame abusive leaders, and targeting individuals with economic sanctions can make sense too. Intervening militarily, however, will be more likely to trigger civil war than to usher in democratic regime change. Hawkish policymakers in Washington who are contemplating to send troops to Venezuela have apparently still not learned the lessons of the Iraq war.

P.S.: There is a difference between right-wing and left-wing populism which I think is worth mentioning. Right-wing populism is almost always tinged with racism, agitating against marginalised and disadvantaged minorities. Left-wing populism can be tinged that way, but is not necessarily. Tribal resentment played a role in massacres in Zimbabwe in the 1980s, for example, but Maduro insists he is mestizo, and also claims to have Jewish ancestors. His vision of the nation has failed – but it is obviously not one of a single, homogenous ethnicity.