Conventional theories of international relations are distorted, according to a new book that was edited by two scholars from the German Development Institute. The reason is that human beings are much more cooperative than assumed. An inadequate understanding of human nature, however, has a bearing on global governance, making cooperation more difficult and more likely to fail. 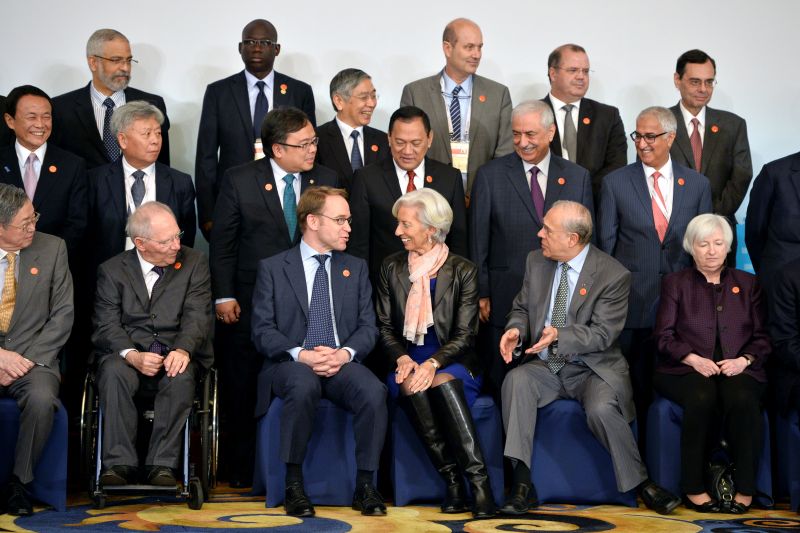 Photoshot/picture-alliance Tensions between established and emerging powers do not explain everything: finance ministers and central bankers from the G20 with IMF head Christine Lagarde (centre) in Shanghai in February.

Scholars of international relations generally assume that governments act in their country’s narrowly defined self-interest. This idea is closely related to economists’ notion of the “homo economicus”. They pretend that human beings are rational, utility maximising individuals who only cooperate with others if doing so brings benefits. In this view, cooperation is the exception, rather than the norm, as it is only expected to take place if there are incentives.

Homo economicus is a fiction. The theoretical concept helps economists to design mathematical models, but it is not rooted in a deep understanding of human nature. Empirical research done by social anthropologists, biologists, psychologists, sociologist and even economists has shown for a long time that people differ from homo economicus in many ways. They are social beings who depend on their communities and ultimately cannot pursue only their immediate personal interests.

Dirk Messner, the director of the German Development Institute (DIE), and Silke Weinlich, one of the institute’s senior researchers, propose to apply this insight to international relations. According to their reasoning, it is not only wrong to assume that governments tick like the imaginary homo economicus, but even dangerous.

The reason is that, in view of many global challenges, humankind needs more effective global cooperation, and such cooperation is unlikely to come about if relevant actors believe that governments’ instinct will always be to try to act on their own. Issues such as climate change, financial stability or poverty – to name only three – cannot be tackled effectively by national governments this way. Lasting solutions depend on joint efforts, and, in view of the environmental crisis, humanity is running out of time.

Messner and Weinlich see reason for hope. Matters are spelled out in the book they recently edited (“Global cooperation and the human factor in international relations”, London 2016). It includes contributions by scholars from different disciplines, including biology, social anthropology and complex systems sciences. The editors aspire to pave the way for “a new interdisciplinary approach to global cooperation research”. Their effort was supported by Germany’s Federal Ministry for Economic Cooperation and Development (BMZ).

In Messner’s and Weinlich’s perspective, it is misleading to read the stalemate in many international settings simply as the result of emerging powers challenging the established order, with the BRICS countries (Brazil, Russia, India, China, South Africa) pitted against the USA, the EU and Japan. Diplomatic failure, the book argues, is also rooted in an outdated understanding of sovereignty and poorly designed international institutions. To improve matters, it would make sense to foster cooperation by other than the conventional means.

In one essay Messner warns that “the assumption of the impossibility of cooperation in a time of global power shifts can become a self-fulfilling prophecy”. He is a political scientist and co-authored the essay with Alejandro Guarín, a geographer, and Daniel Haun, a psychologist. The three scholars point out that human cooperation generally hinges on seven enabling factors:

These factors are obviously interrelated. In the long run, trust depends on fairness and reciprocity, while communication helps to build trust and reputations and is also necessary to enforce agreed norms. A we-identity, in turn, is likely to grow on the basis of successful cooperation and then facilitate further cooperation. According to the three co-authors, “the current crisis in international cooperation could be due to the underprovisioning of the seven basic enablers, and any solution should seek to foster them.”

Current practice is not up to the challenges, according to the authors. For example, “the setup of international development as a deeply unequal North (donor) – South (recipient) relationship needs to be replaced by one based on a reciprocal perspective of achieving common goals together.”

In an interesting twist, Messner and Weinlich write in another essay, that “homo economicus exists – and is a great ape.” Their point is basically that apes are limited to instrumental rationality. The crucial point, however, is that humans, unlike apes, can engage in complex communication and build institutions. Accordingly, the factors that facilitate cooperation must be considered at several levels in the global governance context. After all, they concern the personal interaction of individual diplomats as well as the historically-evolved relationships between national governments.

The evolution of diplomacy

Attitudes and institutions change in the course of history. In the book, Iver B. Neumann, a social anthropologist from the London School of Economics, elaborates how the interaction between organised groups of human beings evolved from the invention of big-game hunting 300 000 years ago to the establishment of permanent multilateral settings after the Napoleonic wars in the early 19th century. His brief evolutionary history of diplomacy suggests that better global cooperation than we have today may yet evolve, and one of his predictions is that non-state actors will become more important.

According to Siddarth Malavarapu, a political scientist at the Delhi-based South Asian University, issues such as language, memory and affect matter for improving global cooperation. In his eyes, multilateral institutions should pay more attention to them. One challenge is to take different perspectives in order to be able to understand and accommodate all parties involved in an issue. Malavarapu warns that institutional designs flounder “when they lack or deny themselves the capacity or sensibility of ‘perspective taking’.” He suggests that institutions should do more to learn from past examples of successful cooperation.

In line with Malavarapu’s reasoning, it would be better to speak of “global” – rather than “international” – cooperation, for example, since the former word emphasises the unity of humankind whereas the latter implicitly refers to nationhood. It is a much greater challenge, however, to deal with history in ways that promote collective memories that are conducive to cooperation. History, after all, is full of instances where one group of people was victimised by another.

The new book is inspiring because it casts a new light on global cooperation. However, it does not provide tangible advice to policymakers on how to improve matters. It neither discusses conflicts of interest nor the many disappointments and frustrations experienced not only, but especially by leaders from Africa, Asia and Latin America in international relations since the colonial era. Doing so would obviously have been beyond the scope of a single book. As the editors point out for good reason, much more research into what makes global cooperation work is needed. To bear fruit soon, that work must be done fast.