According to the UN refugee agency UNHCR, the best response to an influx of refugees is often to include them in every-day life. If they find jobs and earn money, they even boost the economies of host countries. 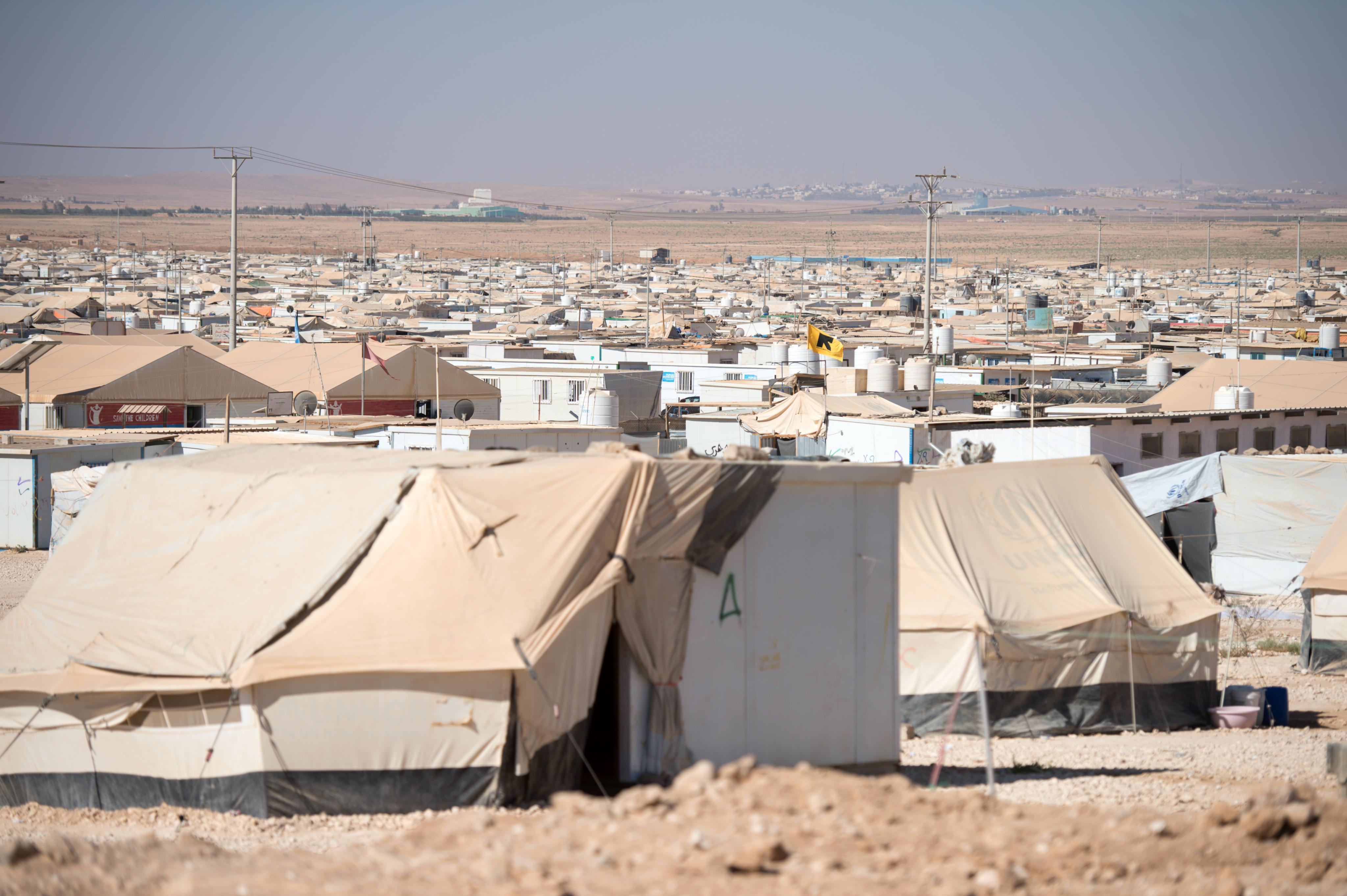 Jutrczenka / picture-alliance / dpa Refugee camps do not offer adequate prospects: Zataari in Jordan is near the Syrian border.

Eight months after his arrival in Berlin, Jihad, a Syrian student, is looking for a job. He speaks good English, his German is improving, and he has experience: the aspiring journalist worked for 5 years with the UN, helping distribute food in Yarmouk Camp in Damascus.

Before being brutalised in the current civil war, Yarmouk, a decades-old refugee camp, had become a thriving urban sprawl of 100,000 Palestinians. It had its own schools, hospitals and businesses. After heavy fighting between government forces, rebel groups and the ISIS militia, its population has now dwindled to 20,000. In Germany, Jihad has a a place at the university and a work permit, but it is hard to get hired and earn money.

According to the UN, there were 19.5 million refugees all over the world in 2014. Today, four of ten refugees live in camps, but the UN is looking for alternatives as some 42,000 people leave their homes every day. Paul Spiegel of the UNHCR says that, unless a host country is very poor, integration in society should  be a win-win situation for all sides.

Refugee camps have usually been bad for refugees and bad for their host countries, he adds. Once camps have sprung up, they are hard to eliminate and their inhabitants usually depend on outside aid. And even comparatively successful camps such as Yarmouk was, remain separated and marginalised. Avoiding such gaps requires the willingess of the local population to involve the newly arrived in mainstream society.

“Many people think of refugees as needy and dependent, but this is not true,” Spiegel told a meeting at the Hertie School of Governance in Berlin in October. “They are very resourceful, but they are not always given what they need to be productive.” The UNHCR is working with economists and development agencies to gather data and draft innovative plans. Ideas include formalising informal work, ensuring access to financial services as well as national healthcare systems and welfare benefits.

Understanding refugees’ skills is a starting point. Lebanon, Jordan and Turkey have so far taken in the greatest numbers of Syrian refugees. But as those numbers have increased, they need new ways to manage the crisis. “The refugees are becoming poorer and poorer over time,” Spiegel says. Two-thirds of those in Jordan now live below that country’s poverty line. It would make sense to make use of Syrians’ artisanal and professional skills, but that is hardly possible in camps.

Financial support is another issue. Cash transfers are now seen as a better alternative to providing food and other goods in kind. Refugees buy food and provisions locally, “so there is a multiplier effect for the local economy,” Spiegel says. “They choose what they can buy instead of us deciding, which gives them more dignity.”

It is especially important, Spiegel says, to include refugees in national healthcare and education systems. Creating parallel services is much more expensive. This is all the more so, as many refugees have complex health problems that require expensive treatment. Insurance schemes are needed therefore.

Iran, Spiegel notes, has been one of the most generous countries in the world to refugees, accepting hundreds of thousands of people from Afghanistan. They are now being integrated into the Iranian healthcare system. UNHCR, the Iranian government and the refugees themselves will pay the premiums, Spiegel says.

A big question is how to accomplish things without overburdening the resources of the host country. The UNHCR expert knows the answer: “If refugees are able to work, they can help the system and the better the system can be.”

In Berlin, Jihad, the Syrian student, says that being treated like any other normal person would help him most. Overcoming bias is a problem however, both in terms of government policies and in personal interaction with fellow citizens. In Germany, even his name is a hurdle because it is frequently associated with radicalism and terror. However, the word “jihad” does not have this loaded meaning in Arabic. “Where I come from, Christian and Muslim parents alike give this name to their children – it means to make a great effort for something worthwhile.”