Due to a huge capital increase, the World Bank’s annual lending is set to rise by about 40 %. At first glance, that may look good since one would expect the additional funding to serve the multilateral institution’s twin goals of eliminating extreme poverty and boosting shared prosperity. Upon closer examination, it becomes clear that World Bank policy is set to entrench inequality deeper, accelerate environmental destruction and further contribute to the marginalisation of the poorest communities. 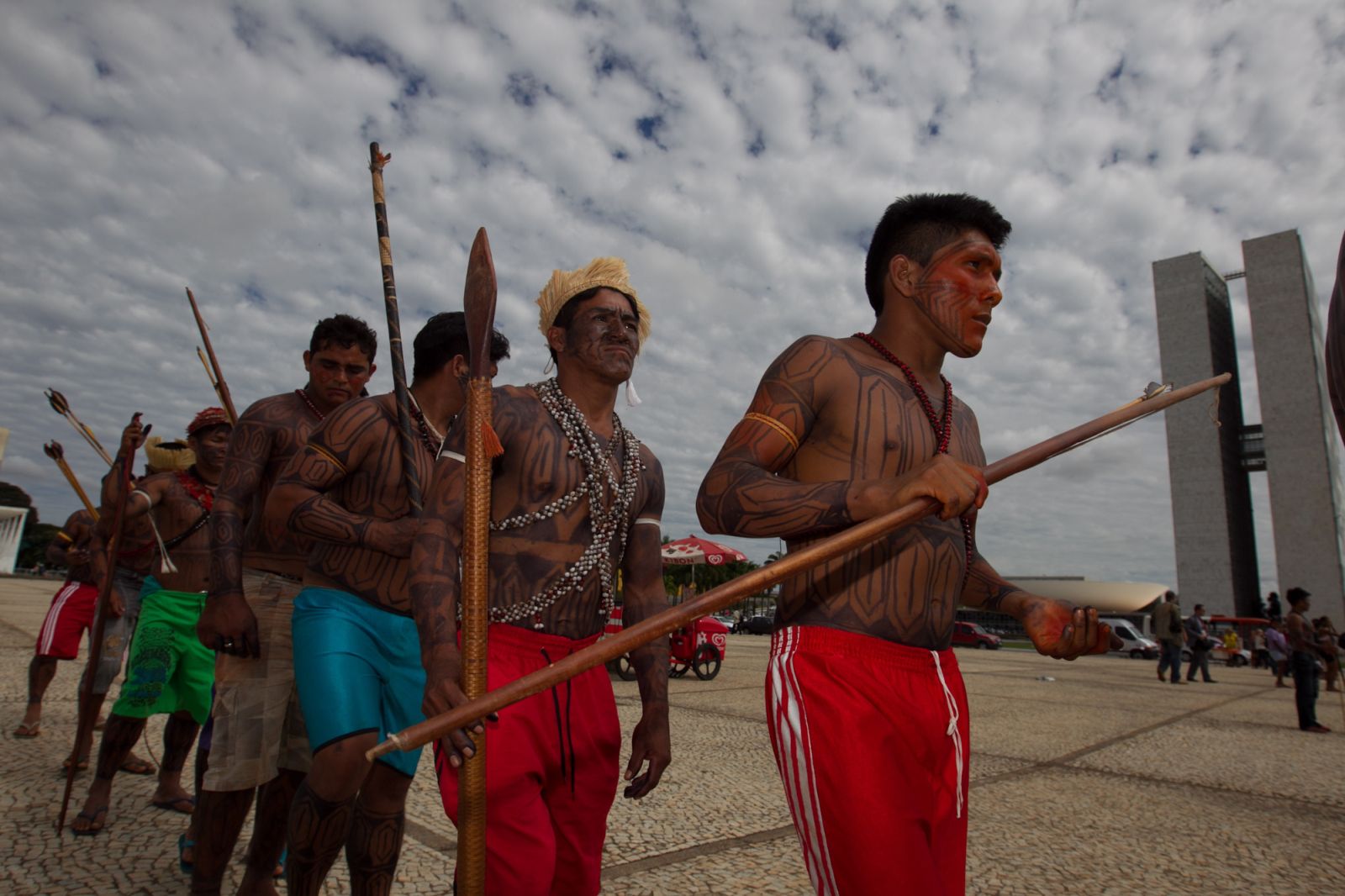 Ferreira/picture-alliance/Estado Contenudo Indigenous people rallying against an infrastructure project in Brasília in 2013.

The fresh injection of capital was decided in April (see box). The bad news is that it coincides with a new Environmental and Social Framework which results in the weakening of the previous standards, reducing mechanisms of oversight and accountability. Moreover, the new development paradigm focuses on using public funds to attract private capital.

No doubt, the private sector can – and must – contribute to development in multiple ways. Current discourse is distorted, however. The underlying assumption of private and public interests being fully aligned is nonsense. State and market are complementary institutions, and one cannot substitute for the other. The public good is not best served by market forces pursuing private interests. Blind faith is certainly not warranted given that investors, by definition, want to maximise profits. When public funding is used to leverage private capital, only strong oversight can ensure public accountability. In this context, the Bank’s diluted social and environmental standards are bad news.

International financial institutions (IFIs) increasingly consider the mobilisation of private capital the key to fighting poverty. That stance is endorsed by the G20 and reflected in the agenda of the UN’s Sustainable Development Goals. The idea is to tap into the billions of speculative dollars that float around the world in search of profitable investments. At the World Bank, this approach is called “maximising development finance”.

The Bank plans to increase its support for high-risk projects and wants to do more in politically fragile countries. In both circumstances, civil-society organisations are important watchdogs. However, they are increasingly being threatened in many places. Indeed, activists run great personal risks when they campaign to protect vulnerable minorities and the environment from the detrimental impacts of large infrastructure projects such as dams, mining facilities or highways through pristine forests. All too often, environmentalists and human-rights defenders are accused of serving “foreign interests” or even declared “terrorists”. The truth is that they are fighting for the public good and international agencies should cooperate with them. Nonetheless, the international financial institutions that back controversial projects lack effective measures for their protection.

The new Environmental and Social Framework (ESF) took force on 1 October 2018. The ESF has replaced the existing mandatory environmental and social safeguards. A reform was indeed needed, but it has gone wrong.

The old rules did not cover some important issues, including labour, for example. Moreover, the enforcement of the standards was unconvincing, to put it mildly. These issues have not seriously been resolved. On the upside, the ESF uses anti-discrimination language and includes a labour standard. However, it lacks any reference to the International Labour Organizations’ core labour standards and other international agreements that elaborate fundamental rights. Overall, the vague new clauses are a very high price to pay for the serious weakening of the mechanisms that served transparency, oversight and accountability. The new rules will do little to improve implementation.

For years, the Bank’s own Independent Evaluation Group (IEG) demanded that environmental and social risks must be managed more consistently across the entire portfolio of the World Bank Group. Nonetheless, the ESF only applies to project finance. The large area of lending for policy reforms, known as Development Policy Finance (DPF), remains exempted. It often affects socially and environmentally sensitive sectors, such as mining, forestry or electric power. Sometimes as much as 40 % of the Bank’s annual lending is DPF. DPF is also often linked to private-public partnerships (PPPs) in infrastructure development, even though there is no convincing evidence of such schemes really reducing poverty or facilitating environmental sustainability.

A much used ESF term is “risk-based management”. It means that risks are only addressed as they emerge in the course of a project. They must no longer be identified in advance. In the past, environmental impact assessments (EIAs) had to be made available to the public before the Bank’s Board could approve them. That EIAs are no longer mandatory before project approval flies in the face of the recommendations made by the IEG as well as by the Bank’s Inspection Panel. More generally, tools for ESF monitoring and reporting have yet to be put in place.

Another dangerous innovation in this context is that the ESF accepts the application of a borrowing country’s national regulations if they are deemed to be materially consistent with ESF goals. While it makes sense, in principle, to strengthen local capacities, this policy is reckless because the ESF does not spell out how material consistency is to be assessed. This shortcoming is dangerous. Experience shows that the governments of many countries tend to ride roughshod even over the codified rights of poor people who are displaced by infrastructure projects – especially when they belong to ethnic or religious minorities. There is reason to fear that the ESF will ultimately only add up to nice rhetoric without any real bite.

To date, member governments basically contribute funding to multilateral banks and then rely on those banks' own reporting to assess their performance. That is not enough. Cabinets and legislators must apply greater scrutiny to find out what is actually accomplished with the funds they provide. Further marginalisation of the poorest communities and yet more environmental destruction are not acceptable. As the World Bank needs serious oversight, it must not be left on auto-pilot.

To date the World Bank and its sister institutions enjoy absolute immunity. No court cases can be brought against them. But in May 2018, the US Supreme Court accepted a case brought by Indian fishermen and farmers against the IFC. They stated that $ 450 million of its money was invested in a coal-fired power plant that has destroyed vital sources of water, decimated fish populations, poisoned crops and led to increasing respiratory problems in surrounding communities.

This landmark case could have far-reaching implications. But whatever its outcome may be, it is incumbent on all governments to hold IFIs accountable.

Korinna Horta is a resident scholar at the University of Lisbon and an independent researcher and writer.
korinna.horta@gmail.com

Correction, 18.08.18: A paragraph that was based on a Guardian article about the still unpublished World Development Report has been deleted. The World Bank has now released the WDR and the Guardian's criticism now looks misguided.