The World Social Forum in Tunis has boosted leftist and secular forces in the Arab world – even though a remarkable number of leftist and feminist figures from the region stayed away. 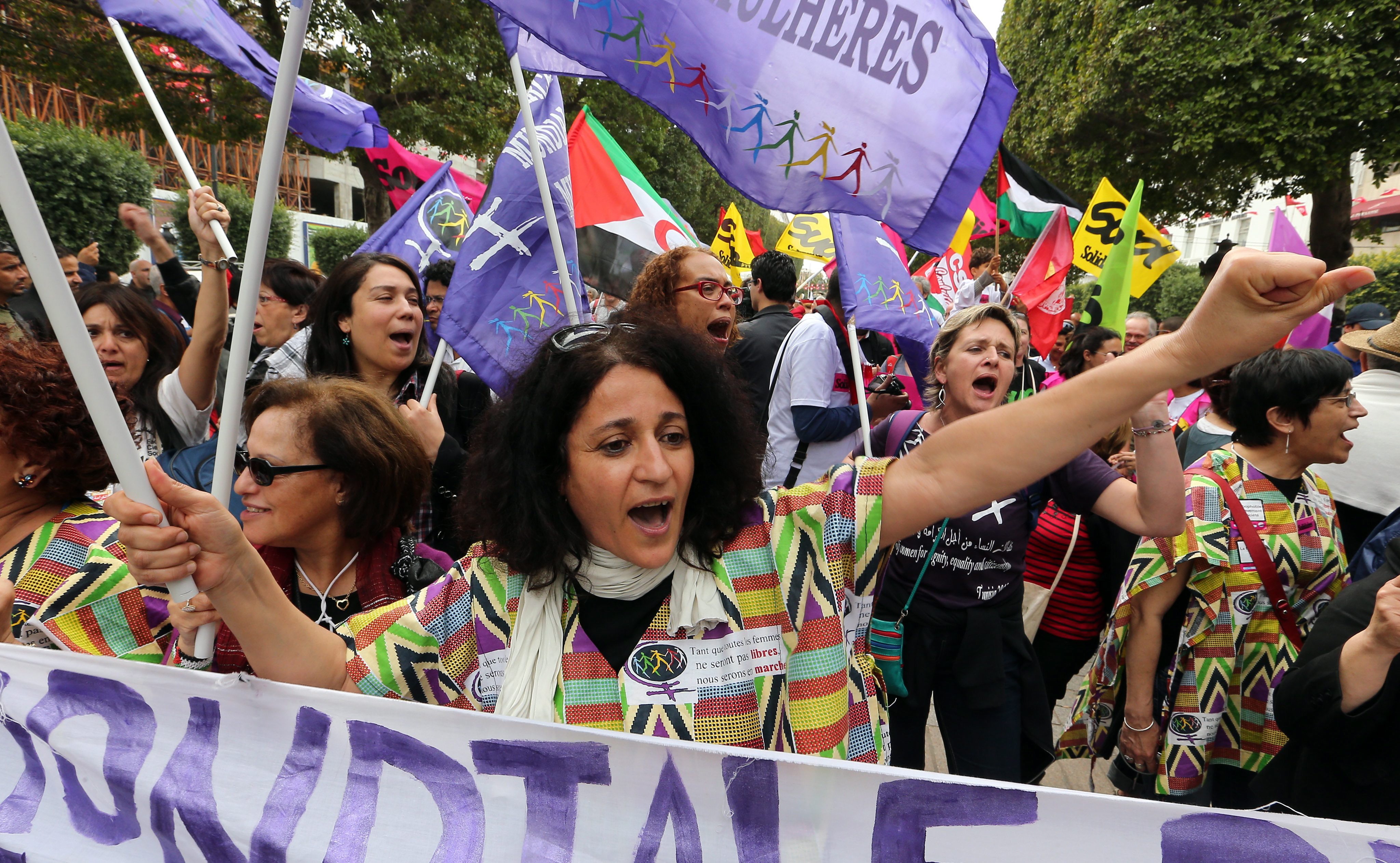 Mohamed Messara/picture-alliance/dpa Women demonstrating in Tunis in the context of the World Social Forum.

When municipal garbage collectors managers swept up the last leaflets in Tunis on the Evening of 30 March 2013, the World Social Forum’s organising committee very probably heaved a sigh of relief. The five-day mega-event with 4000 registered groups and organisations, some 30,000 participants and 800 workshops had gone well. There was neither serious violence nor massively intimidating police presence.

Some critics may say the Tunisian government, which is run by the Islamist Ennahda party, tried to brush up its international image by telling its Salafist allies to keep away from the Campus of the Manar University. They are only relying on rumours. The truth is that the mega-event stayed peaceful, apart from some minor brawls, and that Salafists did not cause serious disturbance.

According to their charter, the World Social Forums are not supposed to be coherent events with a well-defined outcome. They serve global networking and exchange. In Tunis, Arab activists and Arab women were the one to make use of this most. Of course, major global issues such as hunger, climate change, migration and the global financial architecture were on the agenda. But the workshops with the most participants dealt with current developments in North Africa and the Middle East.

The same questions came up again and again:

Astonishingly few prominent leftist leaders from the Arab world took part in the WSF. Among the few celebrities sighted was Hamdeen Sabahi from Egypt, who had surprisingly come in third in the presidential elections in 2012 and is now considered the most influential leftist politician in his country. Sabahi only shared his views informally in the context of one workshop because the WSF rules do not allow political parties and their activists to participate.

Some prominent feminists from the Arab world stayed away too. Nonetheless, the WSF became a forum for women and emphasised gender issues. The opening session saw 1000 women call for international solidarity. Besma Halfaoui, the charismatic widow of Chokri Belaid, the recently murdered Tunisian opposition leader, held a moving speech. She seems ready to go into politics herself.

Women’s organisations hosted many events. They dealt with political rights, but also focussed on equal pay, women’s poverty and women’s unemployment. Gender related violence and sensitive issues like reproductive rights were explicitly addressed, and so was the situation of gay and lesbian people in the Arab world.

Ahead of this year’s WSF, the ongoing debate about the decision-making structures of the WSF process had intensified. Some questioned whether this series of mega-events that started in Brazil’s Porto Alegre more than a decade ago still makes sense. Indeed, the WSF  sometimes look more like a carnival of cultures than effective political activism. In an era of world-spanning digital communication systems it makes sense to consider whether thousands of well-heeled activists really have to jet around the world in order to go from meeting to meeting and show cameramen posters full of slogans. Perhaps grassroots campaigning would achieve more.

Doubts of this kind remain just as valid after Tunis as they were before. One thing has changed however. Secular activists and globalisation sceptics from the Arab world are now interacting at eye level with their international counterparts – and they do not need their most prominent leaders to do so.

Martina Sabra is a free-lance journalist and development consultant.
martina.sabra@t-online.de