Informal farming in the city

Commercial urban agriculture is one of the many sectors in African cities in which informal employment is rife. It figures significantly, for example, in the economic life of Abidjan, the coastal metropolis of Côte d’Ivoire.

last contributed to D+C/E+Z in spring of 2022. She works at the University of Bonn’s Institute of Geography and at the German Institute of Development and Sustainability (IDOS)). She has conducted research in Abidjan since 2017. Her study was funded by the Fritz Thyssen Foundation (10.20.2.003EL). 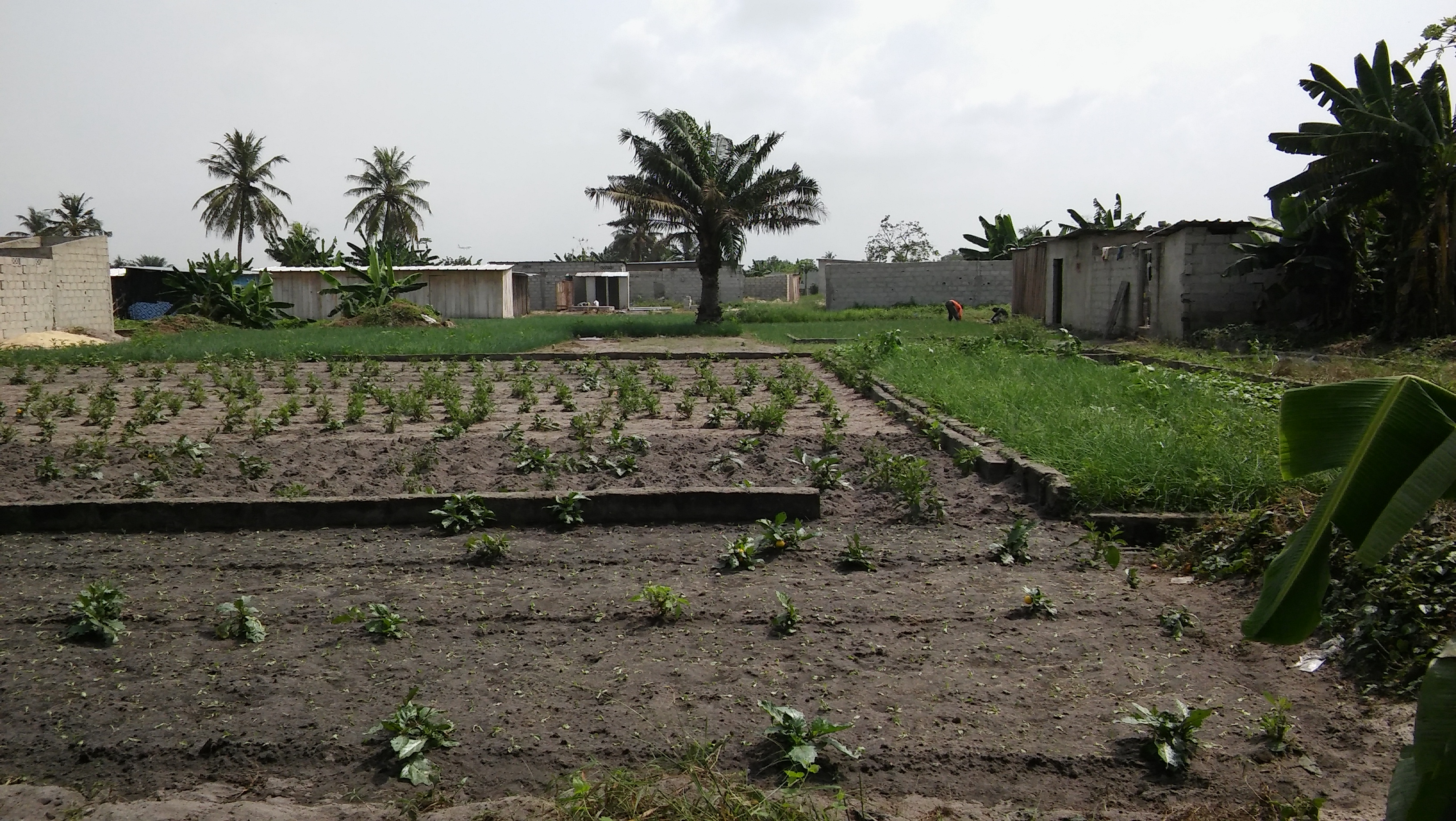 In the south of Abidjan, between the Ebrié Lagoon and the Atlantic Ocean, the land is swampy and the soil is not very fertile. On the other hand, the high groundwater level makes it easy to irrigate, so it has been used for vegetable growing and horticulture since the 1950s.

Since the 1970s, a large part of that horticultural land has been exempted from urban planning. The Ivorian government has reserved it for an expansion of Abidjan’s international airport. There is no possibility to purchase a plot in this area with any legal certainty. The airport operator, however, tolerates agricultural use within the projected airport perimeter.

Most of those working in the fields and market gardens are young men without much education. They are either self-employed or members of the owner’s family. The women’s role is mainly confined to selling the produce. Many of the young men grew up in Abidjan after their families migrated to Côte d’Ivoire from neighbouring countries several decades ago. They often cannot find employment in the formal job market.

In urban agriculture, the access barriers are low. There are opportunities to acquire a plot of land informally or renting it informally for a single growing season. Vegetable growers can decide for themselves how they organise their work. In the course of time, they acquire horticultural experience and expertise. They perform a very important service by supplying the city with fresh, local food.

Nonetheless, they live precarious lives. First of all, they have no social safety nets – nothing to protect them against loss of income, for example, in the event of illness. Second, their income depends directly on the productivity of their plots, so harvest losses can hit them hard. Third, they live in fear of losing the basis for their livelihood: the land. It could be lost to spontaneous settlements (see my article on www.dandc.eu) or it could be reclaimed at any time by the airport operator and the state.

For these reasons, the young vegetable growers mainly opt for crops with short growth cycles, so several harvests per season are feasible. That is something they achieve through abundant use of synthetic fertilisers and pesticides. Under these circumstances, it is virtually impossible to manage the land sustainably and produce healthier food. The precarious land situation, moreover, has prevented the establishment of cooperatives. In other parts of the agglomeration, cooperatives serve as points of contact for agricultural support or training programmes.

The public land near the airport is also home to more than 100 horticultural businesses that produce ornamental plants for private gardens, public parks and commercial premises. They were created 40 to 50 years ago by immigrants from neighbouring countries. Today, they employ hundreds of people – mostly men. How much of that employment is informal is difficult to say because each family business makes its own arrangements. However, it may be assumed that far from all the gardeners are formally employed.

The owners of the horticultural businesses are worried about their future. Their sites too could be cleared one day to make way for the airport expansion. The chance of being offered alternative sites in the city is minimal. Abidjan is becoming increasingly dense. To make their voices heard, the owners of the horticultural businesses have organised themselves and set up a council to represent their interests – particularly in dealings with the airport operator and the municipality.

Ultimately, the demand for space in African cities is increasing due to progressive urbanisation. It is making conflict more likely. At least, government authorities must offer informal businesses predictable transitional solutions. They should help them make the switch to formal employment with full social protection. Formal jobs are very rare in many places, and too many people lack the skills and qualifications required for the jobs that are available. As long as there is no improvement in the general level of education, informal employment will continue to be the only option for masses of people.

Irit Ittner works at the University of Bonn’s Institute of Geography and at the German Institute of Development and Sustainability (IDOS)). She has conducted research in Abidjan since 2017. Her study was funded by the Fritz Thyssen Foundation (10.20.2.003EL).
irit.ittner@idos-research.de