“The leaders want to solve problems”

China’s rise in the past 30 years has been phenomenal. A huge country that used to be haunted by famines is now the world’s greatest exporter of goods. Nonetheless, the People’s Republic is still a developing country with many challenges.

contributed to D+C/E+Z in winter 2014 as the director general of the Asian Development Bank’s East Asia Department. He previously headed the ADB’s office in Hanoi. 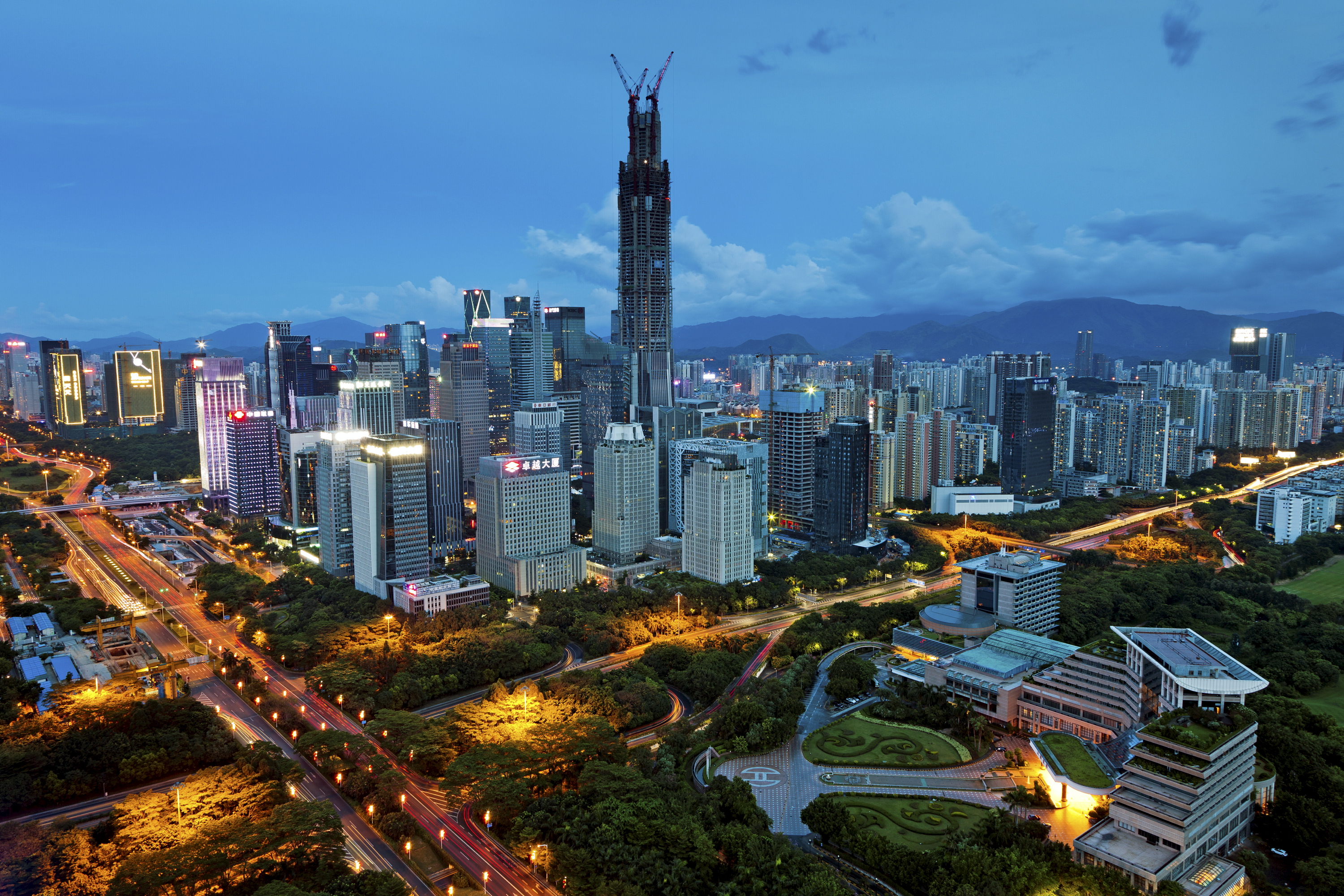 Liang Jiahe/picture-alliance Since it became a special economic zone in 1979, Shenzhen has grown from a small fishing town into a megacity of 15 million people.

China is the second largest economy today and probably the second most powerful country, behind only the USA, but its government insists, China is still a developing country. In what sense is that correct?

Well, I think it is a developing country in more than one sense. Let me mention three:

Have donor agencies made a difference in China’s development?

I certainly believe so. And I do believe they are still having an impact. However, I think that the advance world’s know-how now matters more to the Chinese government than its funding. China wants to learn, and after decades of growth, it can mobilise massive domestic funds. Yet, to the extent that we work with them to develop projects to implement new policies, they also expect us to take a stake in projects by providing some funding. As compared to the projects in other countries, ADB’s financing share in the total project costs is typically lower in China.

China may want to learn, but its leaders are not adopting the advanced nations’ idea of human rights. The Communist Party does not allow political freedom.

I appreciate your sentiment, but China’s leaders would tell you that they are prioritising their people’s social and economic rights over political rights ...

... because their government provides basic services such as primary education and health care ...

... yes, and even in a more fundamental sense: they have managed to ensure that 1.3 billion people have enough to eat. In itself, that is a great achievement, as China has liberated its people from the daily worry of providing enough food tomorrow. Not so very long ago, China was suffering famines. Things have kept improving for decades, though. In 1990, the Global Hunger Index (GHI) for China was 13.6. This year, the Global Hunger Index for China is 5.4. This is a phenomenal success. The GHI takes into account a country’s share of undernourished people, the share of children who are underweight and child mortality, and it is trustworthy since it is compiled by the International Food Policy Research Institute in cooperation with two non-governmental organisations. Chinese leaders will tell you that making sure people have enough to eat is the first step towards human rights. More generally speaking, China’s record in addressing poverty is phenomenal, unprecedented in history.

China’s economic rise began in the late 1970s. Before, the People’s Republic had remained desperately poor. Famines occurred under Mao Zedong. Things only began to improve when Deng Xiaoping took a more pragmatic approach and began experimenting with ways to develop the economy in the late 1970s.

Yes, he famously said: “It doesn’t matter whether a cat is white or black, as long as it catches mice.” Ultimately that meant a specific model of economic development was not an issue of ideology for him, and he wanted to see results …

… and the way to get results was to experiment with different rules and regulations in different places, observing what was working out well, replicating that in other places and scaling it up across the nation. In the special economic zones, the government tested different policies. Was that the key to success?

Well, beyond experimenting, I think the critical decision was to actually let the private sector go, even to let it take the lead in certain cases. The government wanted to create wealth to invest in poor areas, and it focussed on the areas that looked most promising for creating wealth, the coastal provinces. And when it had managed to create wealth there, it shifted the focus on poverty in the western regions in 2000, using the newly-created wealth.

Basically, this is a strong-government approach to preparing the nation for world-market integration. Was China simply copying what other authoritarian governments in Asia – South Korea for instance – had done before?

The approach is similar, but it cannot simply be copied. Countries differ in terms of natural-resource and human-capital endowment, and the world economy is changing constantly. So if you want to integrate into the world market, you must be very discerning. You must understand comparative advantages, grasp opportunities and develop industries according to your country’s strengths.

Private-sector investors don’t necessarily need human rights to operate profitably, but they depend on property rights and want to be sure that contracts and laws are enforced. How do the ADB’s private-sector experts assess legal certainty in China – and how have things changed over the years?

It is noteworthy that the theme of this year’s Plenary Meeting of the Central Committee of the Communist Party of China was “governance and the rule of law.” Clearly, there is a move towards improving the legal system in support of more economic and social reforms.

Some scholars argue that, when an authoritarian regime manages to develop a country to the point that it becomes competitive in the world market, the people eventually demand full political rights – as happened in Korea, for instance. Are there signs of that happening in China?

Societies and people’s mind-sets do not change over night anywhere, and China is not an exception. Yet, we recognise that those, who are questioning the rapid economic development model which goes along with pollution of air, water and soils, are the Chinese people themselves, in particular the growing upper middle class. The government itself is introducing a new vision for development, reflecting such concerns. Strengthening of anticorruption efforts also responds to the concerns of the general public. We are witnessing that the Chinese Government is becoming more and more responsive to people’s concerns. So, as elsewhere, economic empowerment is accompanying political empowerment in China too.

Many western consumers worry about harsh labour conditions in special economic zones and about the exploitation of migrant workers in China – those who leave rural areas in search of better livelihoods in urban areas are denied access to health care, and their children cannot go to school. Must not the government rise to social challenges like this?

No doubt, China is facing huge problems – and, as I said in the beginning – it is still a developing country with many challenges. It is important to note, however, that the government is aware of the challenges and is looking for ways to tackle the issues. In order to prevent uncontrolled rural-urban migration, there was a need for the government to discourage people from moving into cities by not granting resident registration which entitles them for social services. For the preparation of the next Five Year Plan, however, there are proposals for social security reforms and education sector reforms to provide such social services for migrant families, and some of the reforms are already starting.

Can other countries learn from China’s example?

Certainly, and actually the Chinese government is eager to share its experiences with other developing countries. They are keen on “south-south knowledge cooperation.” Of course, their development experience is unique and to that extent not everything they have done can be copied. And as I said before, each nation must find its own development path.

Is Vietnam inspired by the Chinese example? It is also run by a Communist Party and has managed to reduce poverty dramatically in past decades thanks to opening up to the world market.

Yes, there are similarities, but there are differences too. Vietnamese politics is very interesting, marked by one-party rule but also by a traditional Southeast Asian kind of community-based democracy. There are a lot of discussions going on about how to do things. China is much more top-down.

In a way, an authoritarian development regime is something like a benign dictatorship. Most dictators, however, are benign, and most do not develop their nations. Does it make a difference that in China as well as in Vietnam today, the top leadership is a party collective rather than a single person?

This is an interesting question you might want to ask a political scientist, not an ADB officer. What I can say, however, is that a government’s development orientation and vision certainly matter. If the leader or the leaders of a nation want their country to move ahead, if they want to learn from other countries’ experiences, and if they want to integrate into the global system, that will make a difference.

Ayumi Konishi is the director general of the Asian Development Bank’s East Asia Department. He previously headed the ADB’s office in Hanoi.
akonishi@adb.org