The widespread narrative of a ‘rising Africa’ with a robust and growing middle class is misleading. A strong middle class cannot emerge while African countries still lack a solid foundation of decent jobs, an equitable distribution of incomes and universal social-safety nets. 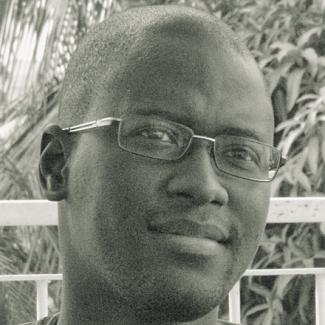 last contributed to D+C/E+Z in spring of 2022 as programme manager and researcher at the Dakar office of the Rosa Luxemburg Foundation, which is affiliated to The Left, a party in Germany’s federal parliament Bundestag.

As people who are “neither poor nor rich”, members of the middle classes have been seen for centuries as pillars of political stability. They tend to follow society’s rules, not covet each other’s property and nurture leaders from their ranks. From the perspective of economists, a growing middle class is an indicator of social progress, market dynamism and structural transformation.

However, defining and measuring the middle class is problematic. Especially in Africa, this effort is hampered by data quality issues. Debates continue on what benchmarks best define “middle class”.

International development agencies have defined households earning less than $ 1.90 per person per day as poor, those earning spending $ 11 to $ 110 per person per day as middle class and those in between as “vulnerable”. (Dollar figures are in 2011 purchasing power parity terms.) However, the worldwide poverty line of $ 1.90 is far too low. Moreover, the threshold used for a “middle class” income discriminates against people of the global south, who tend to cluster at the bottom of the range and lack social safety nets that exist elsewhere.

Yet these benchmarks continue to be used, resulting in an distorted picture of both the size and the growth of African middle classes.

For example, a landmark 2011 study by the African Development Bank, titled “The middle of the pyramid”, concluded: “Strong economic growth in the past two decades has helped reduce poverty in Africa and increased the size of the middle class.” The study says the African middle class grew from 126 million to 350 million – or from 27 % to 34 % of the population – between 1980 and 2010. The study defines the middle class to include households with per capita income between $ 2 and $ 20 per day.

Such figures are difficult to believe. It is unlikely that the African middle class grew so robustly during and after decades of structural adjustment programmes, which reduced real per capita incomes in many ­African countries.

The apparent strong growth in the middle class is most likely driven by households at the low end of the chosen benchmark income – namely, households with per capita incomes of $ 2 to $ 4 per day. If this category of economically vulnerable people is excluded from the definition of middle class, then the size of the middle class shrinks to 13.4 % of the population.

In its study, the African Development Bank acknowledges the precarious nature of Africa’s so-called middle class. “About 60 % of Africa’s middle class, approximately 180 million people, remain barely out of the poor category,” the report says. “They are in a vulnerable position and face the constant possibility of dropping back into the poor category in the event of any exogenous shocks.”

Africa is not ‘rising’

Until the pandemic, the narrative of an emerging African middle class persisted, as part of a broader “Africa rising” scenario. In this optimistic view, improved governance and high commodity prices will continue to bring sustained economic growth in the mid to high single digits, rising incomes and a growing middle class. This narrative is essentially a public relations campaign designed to give Africa a glowing image. The reality is that Africa currently lacks the social and economic basis to sustain a large and growing middle class.

In the East and in Southeast Asia, the middle classes grew against a backdrop of progress in industrialisation, widespread stable employment and increasing social protections. In Africa, most countries – including those with high economic growth rates – have not yet seen that kind of change. “Transformation doesn’t happen overnight but is a long-term process,” states the African Center for Economic Transformation in its 2014 report ‘Growth with depth’. “It requires constructive relationships between the state and the private sector.”

In particular, Africa’s disappointing record on providing decent mass employment and social protection is at odds with the rosy scenario of a rising middle class. The continent is still in the grip of precarious employment patterns and very limited social protection. This became clear when the Covid-19 outbreak began. For the majority of Africans, critical challenges include attaining the living conditions and income security that allow people to cope with lockdowns with some degree of safety or comfort.

To assess to what extent African countries are prepared for a lockdown, the UN’s World Institute for Development Economics Research built a lockdown readiness index based on five indicators:

Based on 2019 data, the index showed that, for 30 African countries, only 6.8 % of households overall and 12.2 % in urban ­areas met all conditions for a prolonged lockdown.

A survey done by the Partnership for Evidence-Based Response to Covid-19 (PERC) survey in February 2021 revealed a similar pattern. In 19 African countries covered, more than three-quarters of households had lost some or all of their income because of the pandemic. In Uganda, the share was even 93 %. In the absence of social protections, such income losses threaten the food security of many households.

Why then do so many African households nonetheless show up as “middle class” in official statistics? One major reason is remittances from relatives who go abroad to work. These transfers boost consumption by people who remain at home and work in the informal sector. In Senegal, for example, remittances represent 10 % of GDP. This money reduces poverty, but not necessarily economic inequality.

In sum, rather than an emerging middle class, Africa has a pattern of skewed economic growth that mainly benefits the upper classes (see box). African countries need a development model that generates employment in the formal sector and provides a measure of income security to all. A genuinely strong middle class can only emerge once these conditions are in place.

Ndongo Samba Sylla is a research and programme manager for the Rosa Luxemburg Foundation.
ndongo.sylla@rosalux.org