In Bangladesh, there has been some notable progresses towards building a legal system detached from damaging colonial legacies. Much still needs to be done, however.

contributed to D+C/E+Z in autumn 2017 as a lecturer at Dhaka University’s Department of Law. 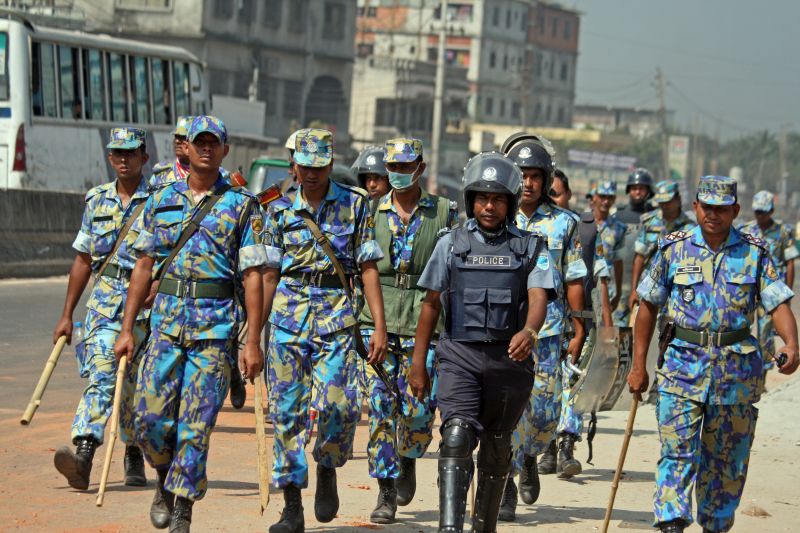 A. M. Ahad/Lineair/Majority World The Supreme Court has restricted the police’s authority to arrest people without warrant.

One important step was to allow Bangla, the national language, to be used in court along with English. The Rules of the High Court Division of the Supreme Court were amended accordingly in 2012.

Another improvement is that the judiciary have become more active in regard to protecting human rights and personal liberty. The most prominent expression of this trend is probably public interest litigation (PIL). The term means that the courts accept cases filed by public-spirited persons on behalf of others, even though they themselves are not personally affected. PIL cases tend to benefit the poor and disadvantaged sections of society who, for many reasons, do not have access to the courts.

PIL was pioneered by the Supreme Court of India, and the top judges of Bangladesh and Pakistan soon followed its example. PIL has changed the way the people regard the judiciary. It empowers the court to tackle grievances that would otherwise not be addressed. In particular, it gives scope to holding government officials accountable.

In one PIL judgement of 2016, Bangladesh’s Supreme Court issued guidelines on how to apply section 54 of the Code of Criminal Procedure 1898. It thus restricted the police’s authority to arrest people without warrant. In another instance, the Supreme Court decided that a law, according to which public servants could only be prosecuted with government permission, was unconstitutional. In yet another case, the Supreme Court ruled that officials of the security forces do not enjoy immunity when people die in custody during an anti-terrorism drive.

Decisions like these indicate a shift from the colonial tradition of granting governmental officials immunity for the consequences of all action taken in supposed “good faith”. These are steps in the right direction. However, Bangladesh still has a long way to go to ensure that government agencies are never above the law. (rh/asm)